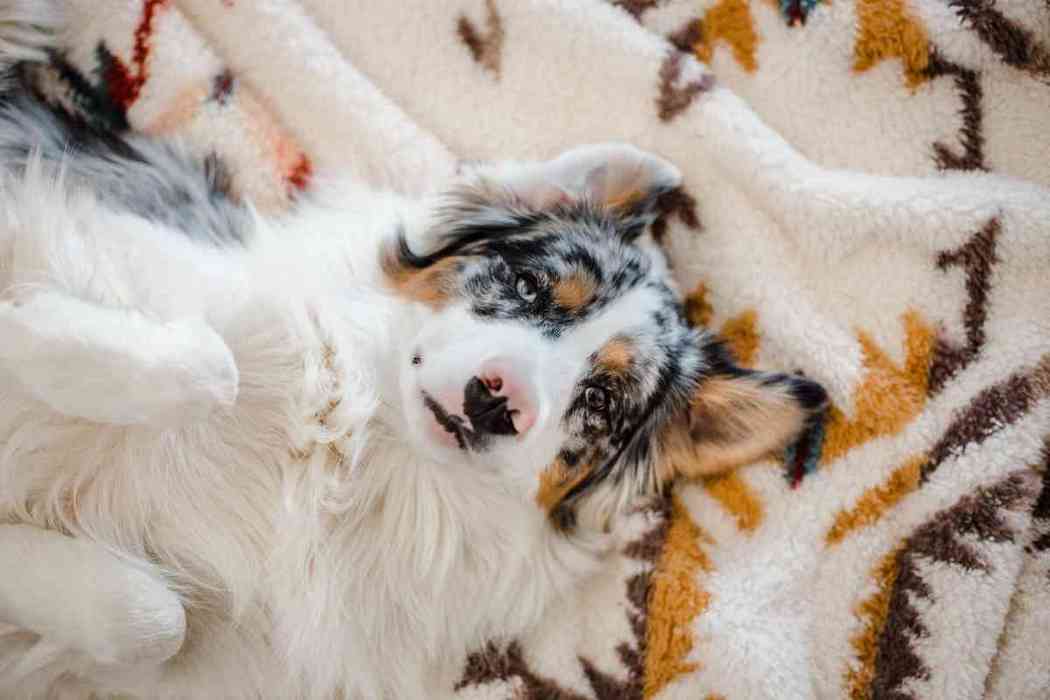 I have an Australian Shepherd, and I want to know when I should get him neutered. I don’t know if there is a specific age this should be done by or not.

I decided to investigate further when I had a spare moment; interestingly, here is what I am happy to say I found.

When Should An Australian Shepherd Be Neutered?

Around six months to fourteen months, but you may need to consider the various reasons why doing so earlier or holding off until later may be best for your particular Aussie.

For various reasons, this might be done sooner than six months or even later than fourteen months, but this is considered a reasonable time frame. Neutering an Australian Shepherd before this time may not be necessary since, up until this point, they have not reached their full reproductive maturity.

Coincidentally, this is around the same time that your Aussie will likely lose their puppy coats. What an exciting time for your household!

Still, in some cases, it may be better to be safe than sorry if one doesn’t want to find that their puppy has accidentally become the father of a litter of puppies.

This medical procedure can be done later in the puppy’s life if health issues need to be addressed first as long as the pet parents keep a watchful eye on their puppy.

There is no real set time for any particular breed but generally speaking, smaller dog breeds reach their full reproductive maturity sooner than larger dogs do.

The Australian Shepherd is a medium-sized dog breed; therefore, they may not reach their full reproductive maturity until well after six months. This can be a plus for pet parents who don’t want to create any more dogs that unknowingly end up abandoned.

There are benefits to neutering a male dog that goes beyond more abandoned animals in our communities’ shelters. These include that they can be physically healthier from this process and that their temperament and behavior may calm down a bit.

These are debatable as there is no scientific evidence that fully supports this theory, but many dog owners have reported such in their male dogs.

But if you have both a male and a female Aussie, chances are you’ve noticed that your boy may not be quite as well behaved as his sister, even if they are both unaltered. It may be about time to consider curbing his worst impulses.

The Australian Shepherd is a working dog breed that loves to spend a lot of time outdoors and keeping busy. This can spell trouble for males of this pure breed if they are left unattended or not appropriately watched until they are neutered.

While there is no right time to alter any dog, male or female, there are guides that people can follow relating to a specific dog breed development. It is often a good idea for the Australian Shepherd to have the male neutered around six months to fourteen months of age.

Since they are a medium-sized dog breed, they will take a bit longer than their tinier dog breed friends to develop their reproductive system.

Each dog is unique in how they develop in all areas of their life, regardless of breed. With that being said, though, neutering should be done at the earliest time the pet parents feel comfortable doing so.

This can protect them from discovering that their dog is the father of a litter of puppies. This can also prevent more puppies from being abandoned and ending up in a shelter.

Besides this, there are other benefits to neutering for the Australian Shepherd. These include better health and a calmer temperament.

There is no scientific proof to either of these claims as they are more anecdotal, reported by Australian Shepherd owners.

What Are The Health Benefits of Neutering An Australian Shepherd?

Neutering causes a reduced risk of cancer in the reproductive organs and better prostate health in your Australian Shepherd.

Aside from this, it is possible that neutering your male Australian Shepherd will prevent them from developing other forms of cancers and tumors throughout their lives, including pancreatic cancer.

Aside from that, it is believed the neutering or spaying your dog can increase their life expectancy. Whether this is coincidental or directly related to a reduction in cancer and tumors remains to be seen.

Regarding behavior, emotional and mental health, it is thought that neutering a male dog will reduce aggression and territorial issues and help them feel calmer.

This can be very beneficial in households where there is more than one dog, significantly more than one male, as it can create a less aggressive home environment, but both dogs would need to be neutered.

Whatever the case, neutering or spaying your Australian Shepherd can reduce the pet population worldwide, which is for the greater good as shelters are often overcrowded. Many dogs and cats end up being euthanized as a result.

Should I Wait Longer To Neuter My Australian Shepherd?

It is uncertain if neutering earlier or later has any benefit to an Australian Shepherd’s health and wellness, but some suggest waiting until the puppy has fully developed into an adult dog, closer to a year than 6 months old.

If this is the case, the puppy has full-grown in all areas of its life, physically, mentally, and emotionally. They have developed and matured in the natural way which nature intended; therefore, their bodies are as healthy as possible before they are neutered.

This is just a theory, as there is no scientific evidence either way. Decisions based on when the neuter a male Australian Sheperd is left up to the pet parents and their veterinarian.

Do I Need To Neuter My Dog?

No, you don’t have to neuter your dog unless there is a breeder contract that was signed or unless you are worried about a pregnancy in your household.

Some people prefer to leave their dog unaltered and keep a watchful eye on them to ensure that they do not cause issues with other dogs in their neighborhood or area.

This can be a challenging task, and that should be noted as male dogs’ roam more than females do. Being a responsible pet parent should always be a top priority regardless of their choices for their own dog.

Many breeders will have their clients sign a contract or agreement stating that the client or pet parent will get their dog neutered and not create any litters of puppies.

If no such form has been signed and agreed upon, then it is up to the pet parents to decide if they want to get their Australian Shepherd neutered.

Some pet parents have a strong belief about neutering and spaying animals one way or the other. Some believe one way is better or worse for their pet. In the end, the decision is the pet parents.

With this choice, however, comes responsibility for the well-being of the Australian Shepherd and any puppies that he may help create. This is where responsible pet parenting is essential. As the choice not to neuter can affect the lives of more than just your dog.

That being said, no one is going to come to your door and beat it down, removing the dog if they are not neutered. So long as your dog is treated with love and care, then all else will be fine.

When Is Too Early To Neuter My Dog?

A puppy that is altered sooner than six months, which by the way, does happen quite often at shelters for apparent reasons may or may not be healthier or less healthy, but it is hard to know.

Suppose you decide to neuter your Australian Shepherd sooner than six months; it may or may not affect their health. Enough research has not been done on this topic to give a clear-cut answer.

There are so many factors that can play into a pet being unhealthy, genetics, environment, diet, exercise, lifestyle, and caring for them. It would be hard to believe that altering a puppy couldn’t affect their health if the conditions were right.

Does this mean that it will happen? No. As stated above, many puppies are altered early in their lives for obvious reasons in shelters worldwide. Some of them may become unhealthy down the road; others may not.

Is there a link between the two? No one knows for sure as many factors create a healthy or unhealthy dog. For those debating altering their puppy sooner rather than later, it is best to consult their puppy’s veterinarian first.

Their veterinarian can give information about if that is possible and why it would or would not be a good idea for that particular dog, regardless of breed. Good health is based on many factors, and when all are combined, it either creates a healthy dog or a not-so-healthy dog.

Neutering is a natural step in the prevention of more puppies for most. Preventing litters of puppies for themselves or their neighbors and friends is a healthy decision for many responsible pet parent owners.

While there is no right or wrong answer regarding when this procedure should be done, there are clear guidelines for different-sized dogs that pet parents can use.

Whatever the choice made, six months, thirteen months, or not at all, each pet parent has the right to choose what they feel is best for their puppy or dog.