My female Australian Shepherd puppy is about three months old. I have never had a dog before, and I want to know when she will go into heat, how often this happens, and what I need to do to prevent pregnancy and a litter of puppies.

With a clear afternoon ahead of me, I decided to figure out what I wanted to know by using the internet and other resources.

How Often Do Australian Shepherds Go Into Heat?

Australian Shepherds go into heat twice a year, about every six months. When the Aussie has her first season of heat, which is individual to each dog, that date determines when the next heat will occur and so forth throughout their lives.

When Will My Australian Shepherd Go Into Heat?

When an Australian Shepherd goes into season or heat for the first time, it is usually sometime between six months and twelve months of age.

In the grand course of an Australian Shepherd’s life, the female can potentially even go into season or heat a total of three times during some years, depending on when they occur. For instance, January, then again in around June/July, and then again around December.

Each female dog, regardless of breed, will have their bodily timetable when this happens, and the first cycle perpetuates the others after it.

When Will My Australian Shepherd Stop Going Into Heat?

During the female’s season or heat, precautions need to be taken to prevent pregnancy if the family or owner doesn’t want a surprise litter of puppies and has decided not to spay their female dog at that time.

Like humans, health issues can affect how often an Australian Shepherd goes into heat and other aspects of their reproductive life, including how they behave when in season.

Health does factor into when the first season or heat starts and how the ones proceeding it happen. Health, diet, exercise, and stress can affect the season a female dog has and how they behave before, during, and after.

Therefore, if a female dog has a health issue, it is best to consult their veterinarian to discuss options for preventing pregnancy or spaying.

Australian Shepherds do not go into menopause like human females, which means that precautions to prevent pregnancy must always be taken for safety and well-being as well as controlling the abandoned animal pet population in shelters.

Should I Spay My Australian Shepherd?

For those owners that don’t wish for their Australian Shepherd to have puppies, it is probably best to have them spayed to give peace of mind unless there is some health reason why this should not be done. For example, scientific studies show that spayed females don’t have tumors and cancer of their reproductive organs because the organs are removed.

Some owners may have mixed feelings about performing such surgery on their pets, and their choices are individual. For example, some female dogs may be allowed to go into their first season, and then they are spayed, as some individuals feel this is better for the dog emotionally and mentally.

Whether or not this is the case remains to be seen as there is no solid foundational proof that dogs who go into their first season are emotionally or mentally healthier.

It is typical for Australian Shepherds to go into season around six to twelve months and then continue every six months for their life. Still, health issues can factor into this, and should a female dog not go into season at a particular time when the pet parents believe it is about time. It is best to consult their doctor.

Can My Australian Shepherd Go Into Heat Earlier Than Six Months?

Yes, an Australian Shepherd can go into heat sooner than six months as each dog is unique, and its body will develop in its own particular way. So, there is a low chance that this will happen, but it can occur.

On the flip side, it is also possible that an Australian Shepherd will go into their first heat or season after a year, but this is also a low chance. Usually, when this issue happens, it is related to health issues or genetics.

How Should I Prepare For My Dog’s Heat?

The best way to prepare for when your female Australian Shepherd goes into season if you choose not to spay your dog is, to begin with, the right mindset.

This is a process that can have your female dog acting differently than usual due to her hormonal and bodily changes. On top of that, physical changes occur, which can sometimes be troublesome for some pet parents.

There will be blood on the physical side, which can be both surprising and challenging for some pet parents to handle. It is helpful at this time if pet parents invest in special diapers for dogs that prevent this blood from ending up anywhere in or around the house, particularly on blankets, furnishings, or carpets.

Since there will be blood during this time, a blanket, towel, or rag of sorts that is just for your pup would be a good idea at this time if a doggie diaper is not used.

This blanket, towel, or rag will be placed where your female dog lays and rests, and it can be moved around. Multiple towels or rags can be used for her to lay on if she has numerous spots and the pet parent doesn’t wish to move the towel around.

Also, it can be helpful to periodically check areas that the dog has been for stains and do a quick clean-up as needed as blood can stain if left untreated.

It is essential at this time to ensure that your dog eats nutritious food and has plenty of water to keep her healthy. Offering extra bathroom breaks can be helpful too.

Since this is a normal bodily process for your dog, it is crucial to be positive and loving and never harsh at this time. This is a phase that will eventually pass, and while it may be stressful for you and your dog, the more relaxed you are, the better you both will feel.

On the emotional side of things, your female Australian Shepherd will likely become cuddlier and more loveable at this time, needing extra attention. So be prepared by freeing up time in your day to share love and attention as well as extra snuggle time.

During this phase, it will be essential to be vigilant and very watchful of your female dog’s whereabouts and where male dogs are, too, whether they are yours, the neighbors, or someone else.

Male dogs are notorious for aggressive behavior when they notice the scent of females around them that are in season. Diligence and keeping your dog beside you, even while outside using the bathroom, can ensure that no surprise litters of puppies happen.

While this may seem like a lot to do, the alternative for those pet parents that don’t want to deal with this is spaying their female. However, if that is not an option, the seasons of a dog’s reproductive cycle only happen every six months, so they should be manageable.

All-female dogs go into season. When it happens is based on their first season or heat. After that, the process repeats for the rest of their life every six months.

Female dogs will have two heat seasons per year, but in some instances, they may occasionally have three.

While this time can be stressful for both dog and pet parents, it doesn’t need to be, with a bit of preparation and the right mindset. 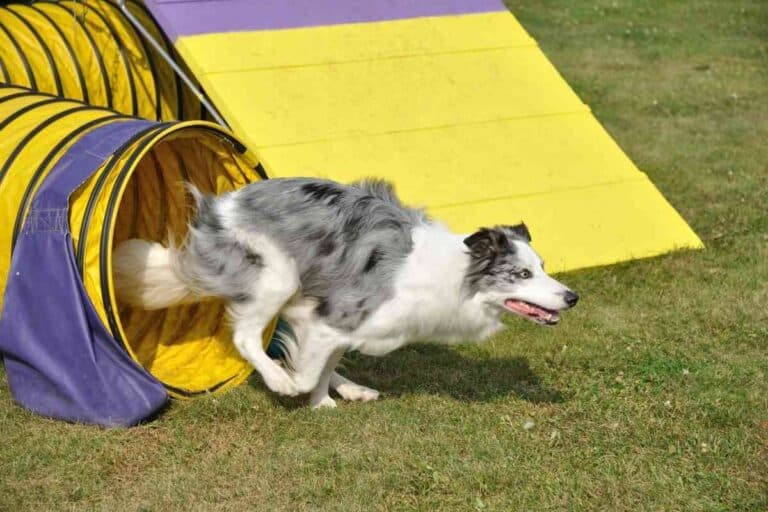 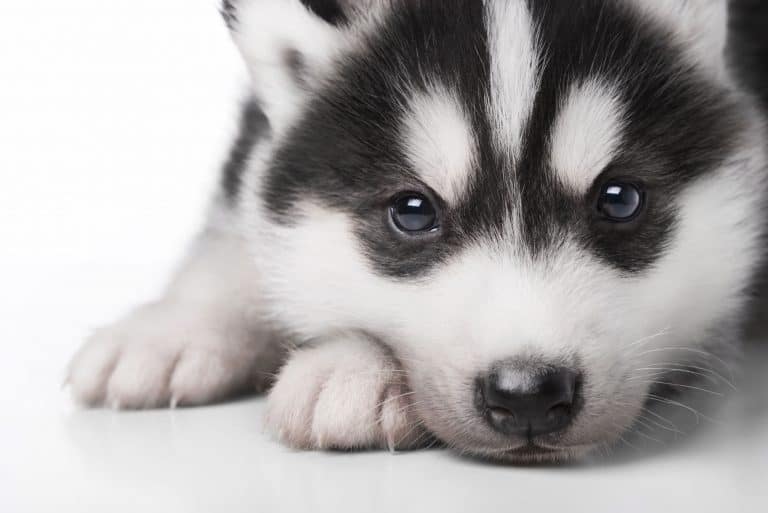 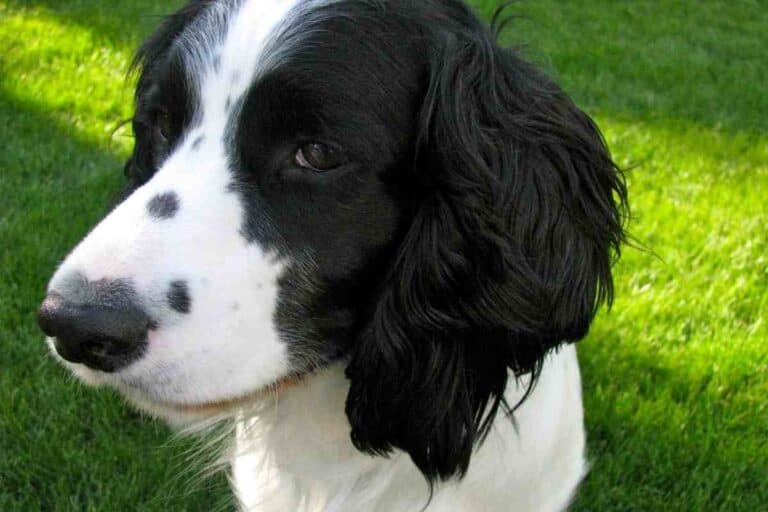 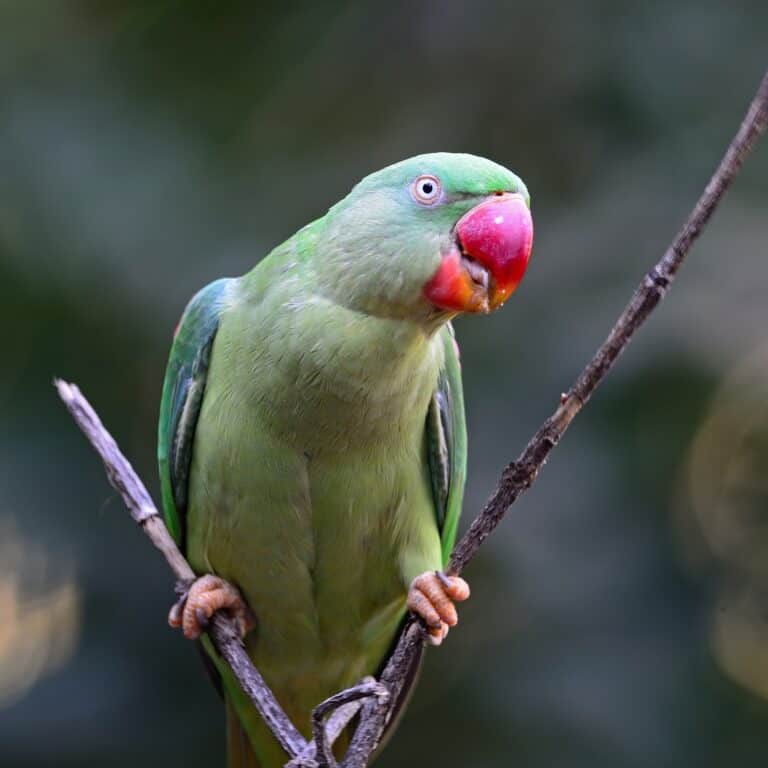 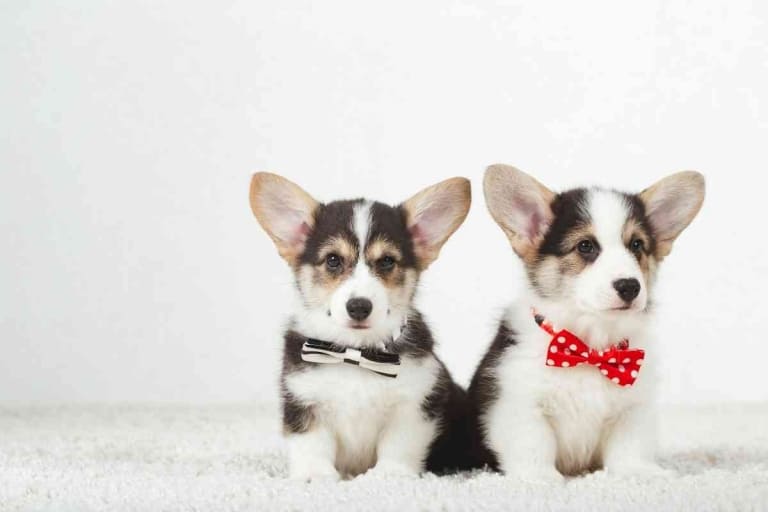 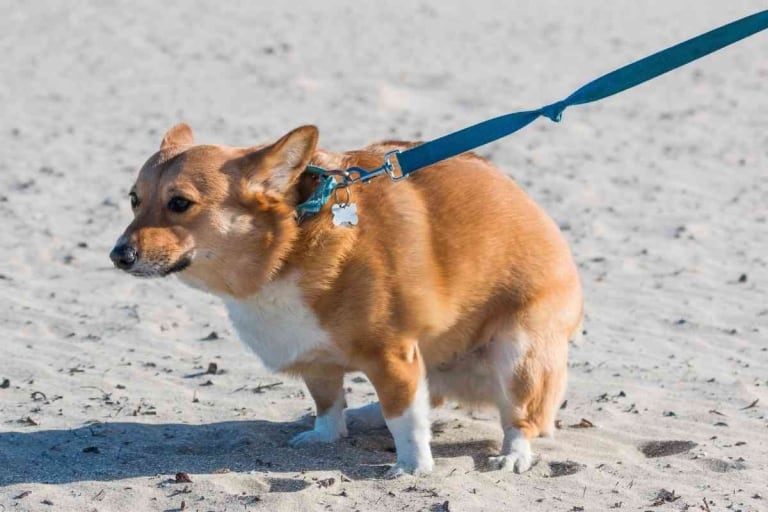