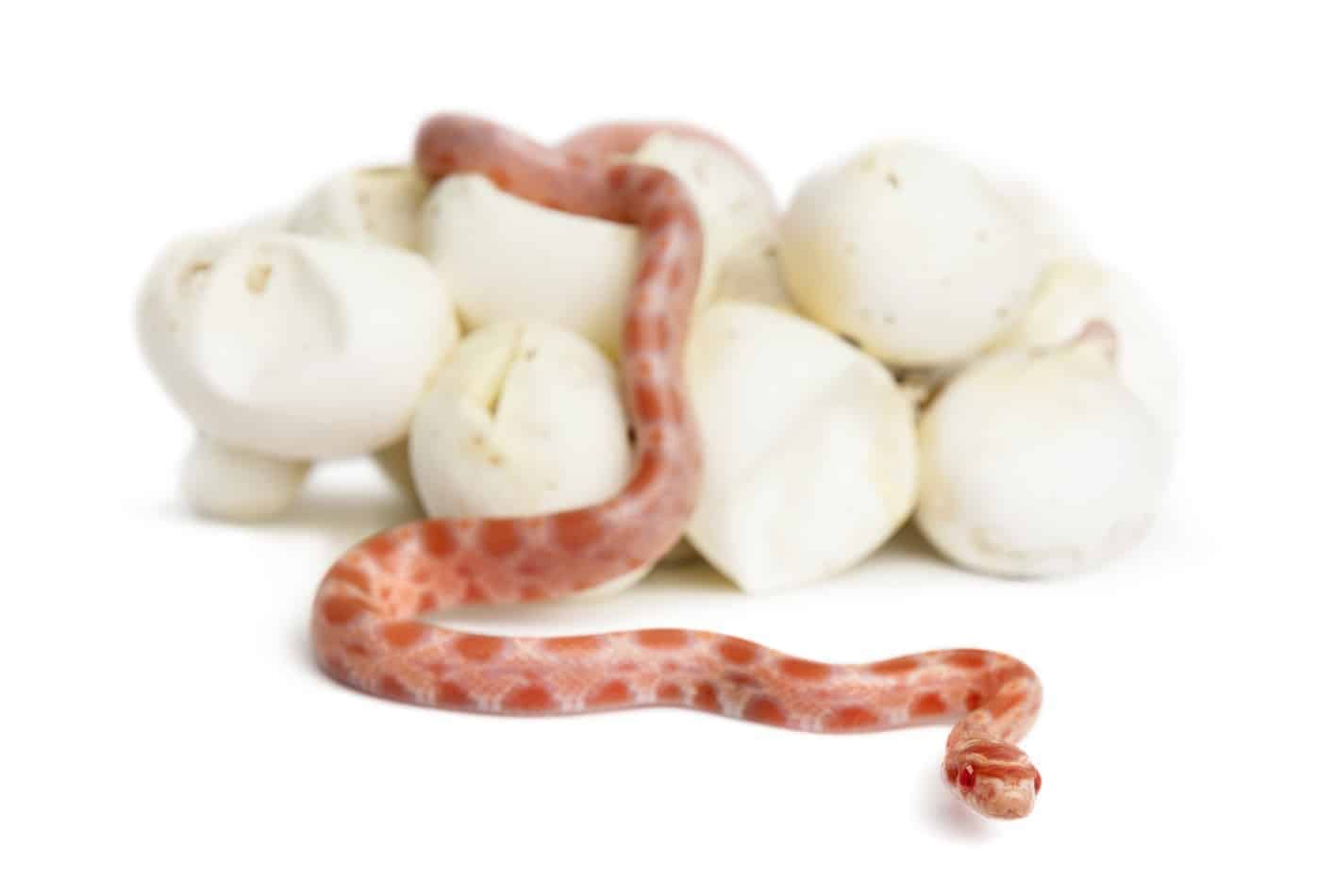 When you think of snakes and them producing offspring, you generally think of eggs being birthed that need incubating for a couple of months, right? That’s what I thought, too, until I found out that some snakes actually give birth to live offspring!

Which Snakes Give Live Birth?

These types of snakes include some common breeds that you may recognize and just didn’t realize gave live birth to their young.

Further down I will tell you more about the specific types of birth and the specific snakes in each of the categories above.

Snakes Breeds that Give Live B

There are a few species that give live birth to their offspring including the boa, viper, and species.

The boa species includes breeds like the boa constrictor, anacondas, and all other types of boas and constricting snakes, as well. However, pythons are not a viviparous snake! They are the one exception to this breed’s birthing type, which is viviparous.

Viper snakes (also known as pit vipers) include breeds such as rattlesnakes, cottonmouths, cerastes, and all other types of vipers.

There are lots of types of vipers that I cannot reasonably include in a ginormous list, but snakes that have fangs, diamond or triangular-shaped heads, venom glands and slitted or slanted eyes are generally pit vipers and tend to give live birth to their young.

I would highly recommend and even encourage you to look up some of these types of snakes.

Sea snakes are a massive species with hundreds and thousands of types of snakes falling under this category. A few of these snakes, however, are the horned sea snake, the stagger banded, the olive, the stokes, the spectacled, the elegant, the beaked, the yellow-lipped and the yellow-bellied, the viperine, black banded, and the spine.

There are hundreds more sea snake breeds, but we will have to save that ever-extensive list for another day.

I highly encourage you to further research any of these different breeds of viviparous snakes, because they are all incredible creatures to learn from.

For now, here is a more detailed list of snakes that give live birth, and how many baby snakes they give birth to on average:

Types of Births for Snakes

Snakes have three different types of birth that correlate with different species.

Oviparous birth (a.k.a. birth from an egg) is the type of birth most commonly associated with snakes. In this method of birth from the reproduction process, the snake lays a number of eggs.

These eggs then need to be incubated for a few months until they are ready to hatch. When this time comes, the snakes break out of the eggs shells and are then free to live their lives.

Viviparous birth (a.k.a. live birth) is the same type of birth that humans have. In this type of birth, the female snake holds the offspring in placenta or yolk sacs inside of her until they are ready for birth.

The mother nourishes the young while they are inside her still. When the time comes the snake will give birth to live snakes that are ready to go off on their own. This type of birth is super rare among snakes.

Ovoviviparous birth (a.k.a. partial live birth) is quite unique and often mistaken or considered live birth. This unusual birth process is when the mother has clear or invisible eggs inside of her that holds the offspring.

When the offspring emerge, the remnants of the eggs are left inside the mother which is why this method is often mistaken for live birth.

How Do Snakes Raise Their Young After Their Respective Birth Types?

Snakes that give live birth to their young, including the ovoviviparous birthing type, will send their offspring off on their own the second they are born.

This is basically because the baby snakes are already fully developed and functionally able to take care of themselves, like rattlesnakes for example.

On the other hand, oviparous, or egg-laying snakes, have to watch over their “young” for a little while after they lay the eggs. Snake eggs can easily be eaten and snatched up by predators so these types of snakes have to watch over and protect their eggs until the baby snakes hatch from their shells.

After the baby snakes hatch from their shells, they are sent off on their own as the live ones are right off the bat.

Essentially, once any snake is fully birthed or batched, depending on the type of birth, they are all sent off on their own.

The difference between the way the snakes are “raised,” or the lack thereof, is how the offspring are nurtured, whether it is done from within or outside the maternal figure.

Are snakes that give live birth considered mammals? Snakes that are viviparous or ovoviviparous are still considered reptiles and not mammals. The difference of distinguishing a mammal or reptile is whether or not the animal is cold or warm blooded.

How many offspring can a snake give birth to? Snakes can have anywhere from one to 150 offspring at a time. The number of offspring simply depends on the type and breed of snake. The number will vary with each type.

Do baby snakes stay with their mother snake after birth? After birth or hatching, baby snakes start their lives out on their own because they are fully functional and able to survive without the need to be sustained by their maternal figure.