Rosy Boas have beautiful pink stripey patterns down their and are amazing snakes. If you’re lucky and you own one as a pet, it’s a good idea to be aware of how these snakes reproduce, and how often.

How many times a year do Rosy Boas lay eggs? Actually, rosy boas are one of the few snake species that are viviparous, which means they give birth to “live young” instead of laying eggs. Rosy boas generally have babies every other year.

On average, most rosy boa females tend to breed about every other year. This can be affected by a lot of things, such as their environment, age, and food consumption.

In general, snakes lay eggs. But this amazing species is one of the exceptions. I was curious about this and decided to look into the pregnancy process of a rosy boa.

The video below shows what it looks like when a mother rosy boa has babies.

How Long Are Rosy Boas Pregnant For?

Rosy Boa females can be bred usually after their second “winter”, or after they have reached a little over two years old. They are one of the few snake species which is viviparous, which means that they give birth to live young instead of laying eggs. They incubate the eggs inside their bodies.

How long are rosy boas “pregnant” for? Rosy Boas incubate their young inside them for about five months, anywhere from 18-20 weeks.

While a rosy boa is pregnant, she will need more frequent feedings and a lot of warmth. Think eighty-five degrees Fahrenheit. They will often seek out the coziest, warmest spot in their cage to lounge on. Within two or so weeks after giving birth, mother rosy boas stop eating. They shed at least one time before giving birth.

During this time period, you should be preparing yourself and a little enclosure for the little rosy boas on the way. Rosy Boas give birth to 3-7 little snakes. Remember that these are live births, so you’d better be ready to grab those little snakelings and stick them in their own cozy 10-gallon enclosure.

How To Take Care of Rosy Boa Hatchlings

A rosy boa hatchling is unlike other baby snakes, as it is born live from the mother snake instead of being hatched from an egg. Like all babies, they are small and pretty cute. They are also a little highBut how do you take care of a baby boa? Here are some tips:

In the end, just remember that these little pink snakes are gonna grow fast only if they eat fast, and they like it warm.

Rosy boas typically grow to be 3-4 feet long, and should be kept in a nice 15-gallon vivarium for room once they reach around a foot long.

How Long Do Rosy Boas Live For?

Rosy Boas are awesome pets. It’s fun to raise them from hatchlings and just keep them around for good company. But how long exactly does their company last? I wondered the same thing and did some reading.

How long do rosy boa snakes live for? In captivity, rosy boas live an average of thirty years. Some have been known to live longer in the wild.

Which essentially means that if you’re twenty-four years old and decide to raise a little salmon-pink- striped buddy, you’ll probably have him by your side until you’re well into your fifties.

Name your pet rosy boa “Louis”, and I think you can assume it will be the beginning of a beautiful friendship.

What do rosy boas eat? Rosy boas eat pre-killed rodents, mostly fuzzy and pinkie mice. They eat about once per week. They also need water, but not regularly. Try leaving out a cup of water not near their feeding day, and leave it out once every three weeks for a day or so.

How much are rosy boas? Rosy boas are anywhere from $25-$100, generally closer to the $100 mark. It also depends on when you get them in regard to their lifespan and where you buy them from.

Do rosy boas make good pets? Rosy boas make great pet snakes as they are tame and learn to do well with handling. They are beautiful snakes, usually with pinkish-salmon stripes down their backs. They aren’t too big or too small, and they are easy to maintain. 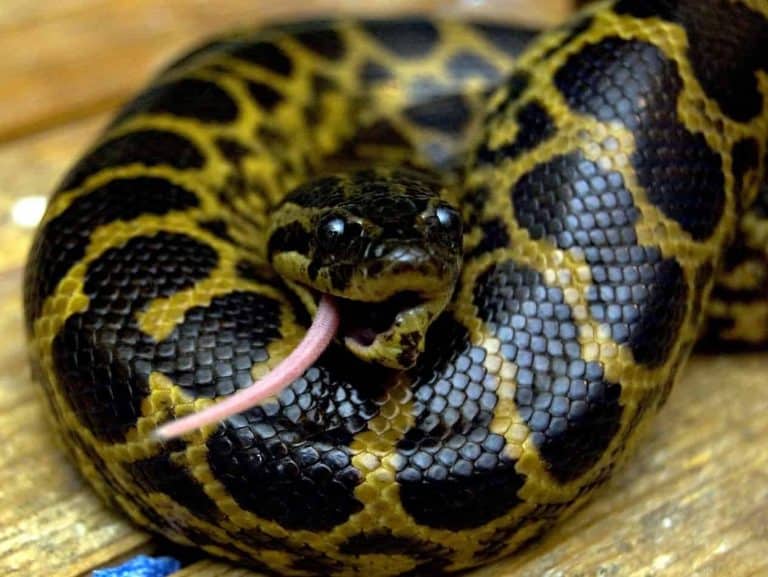 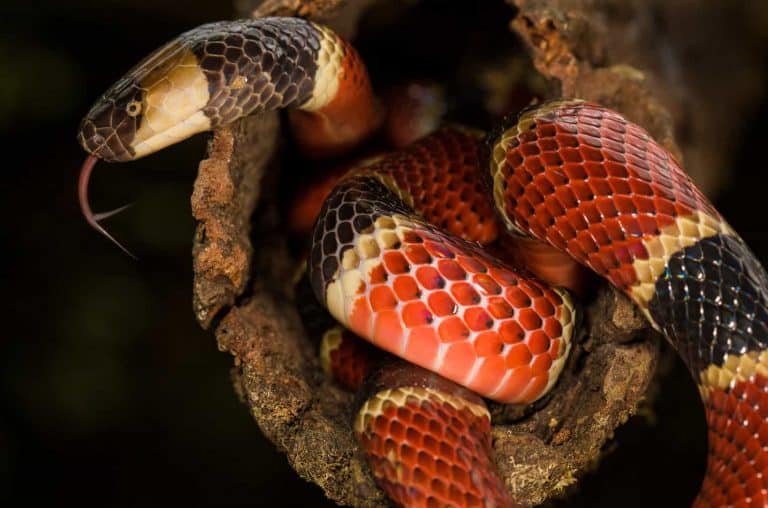 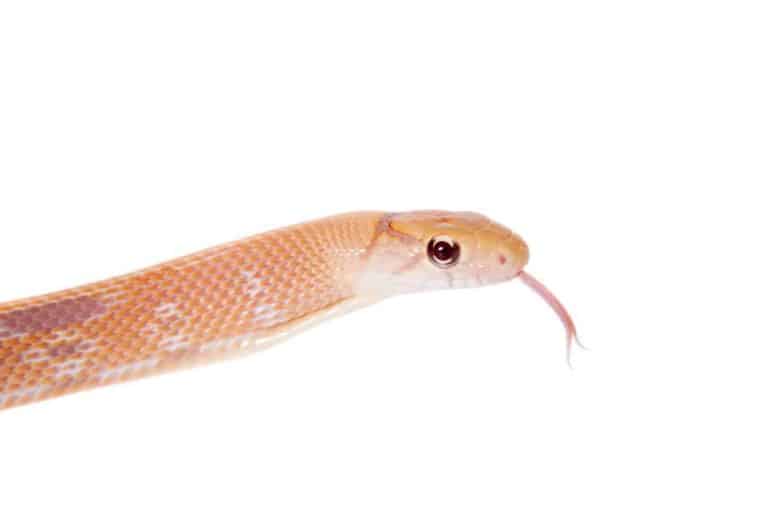 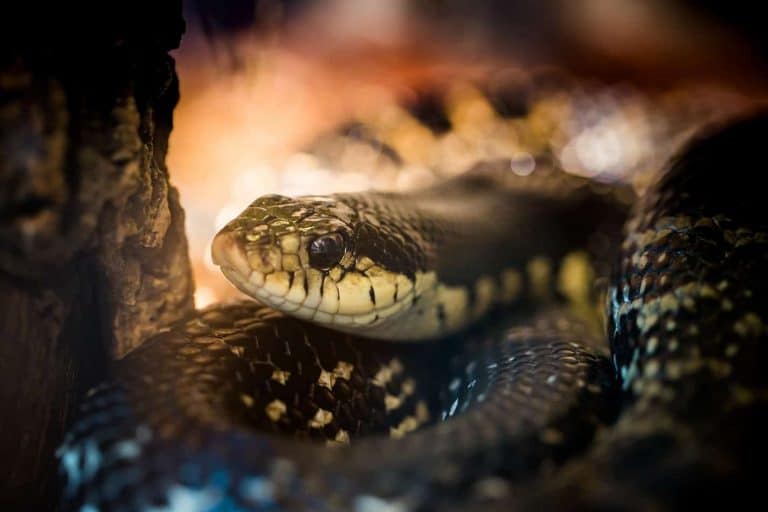 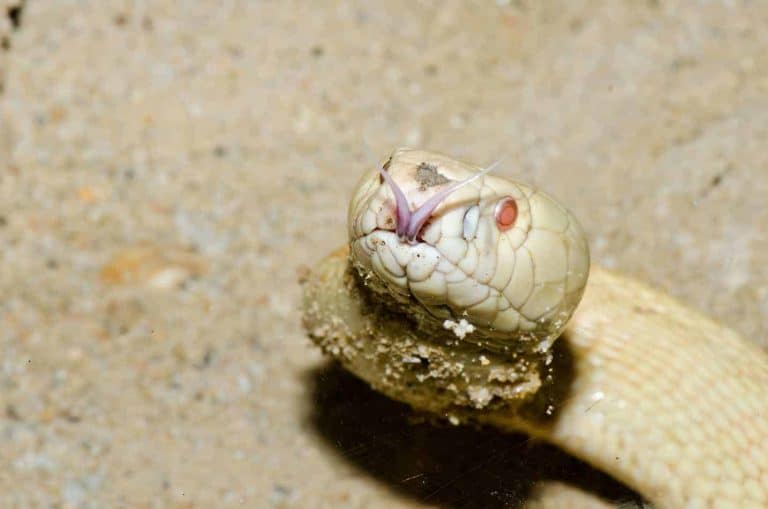 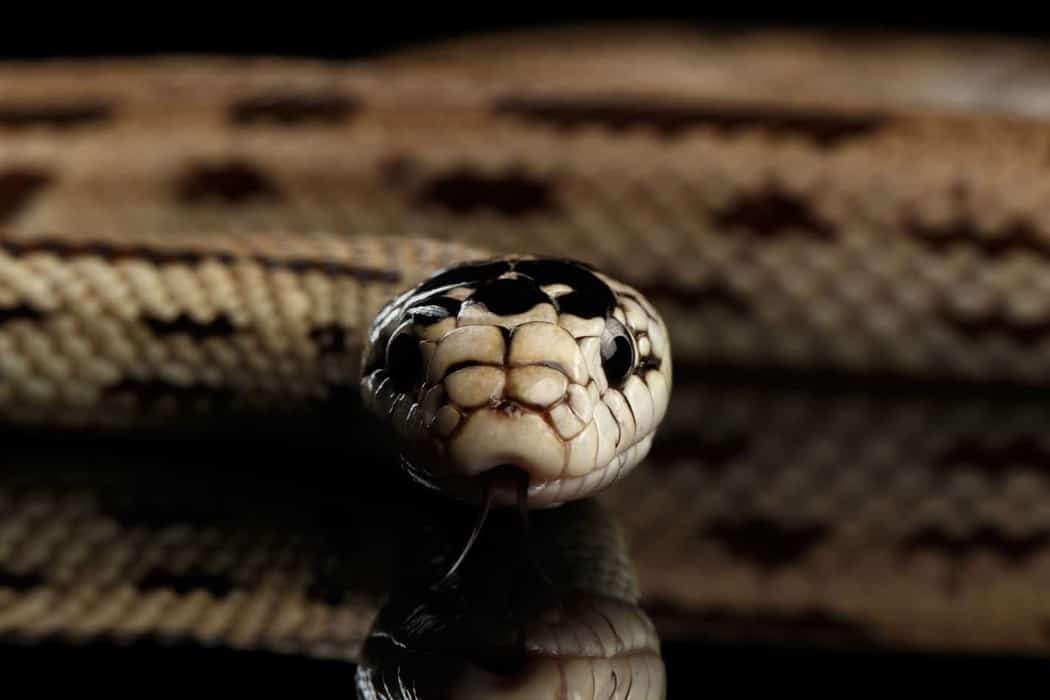