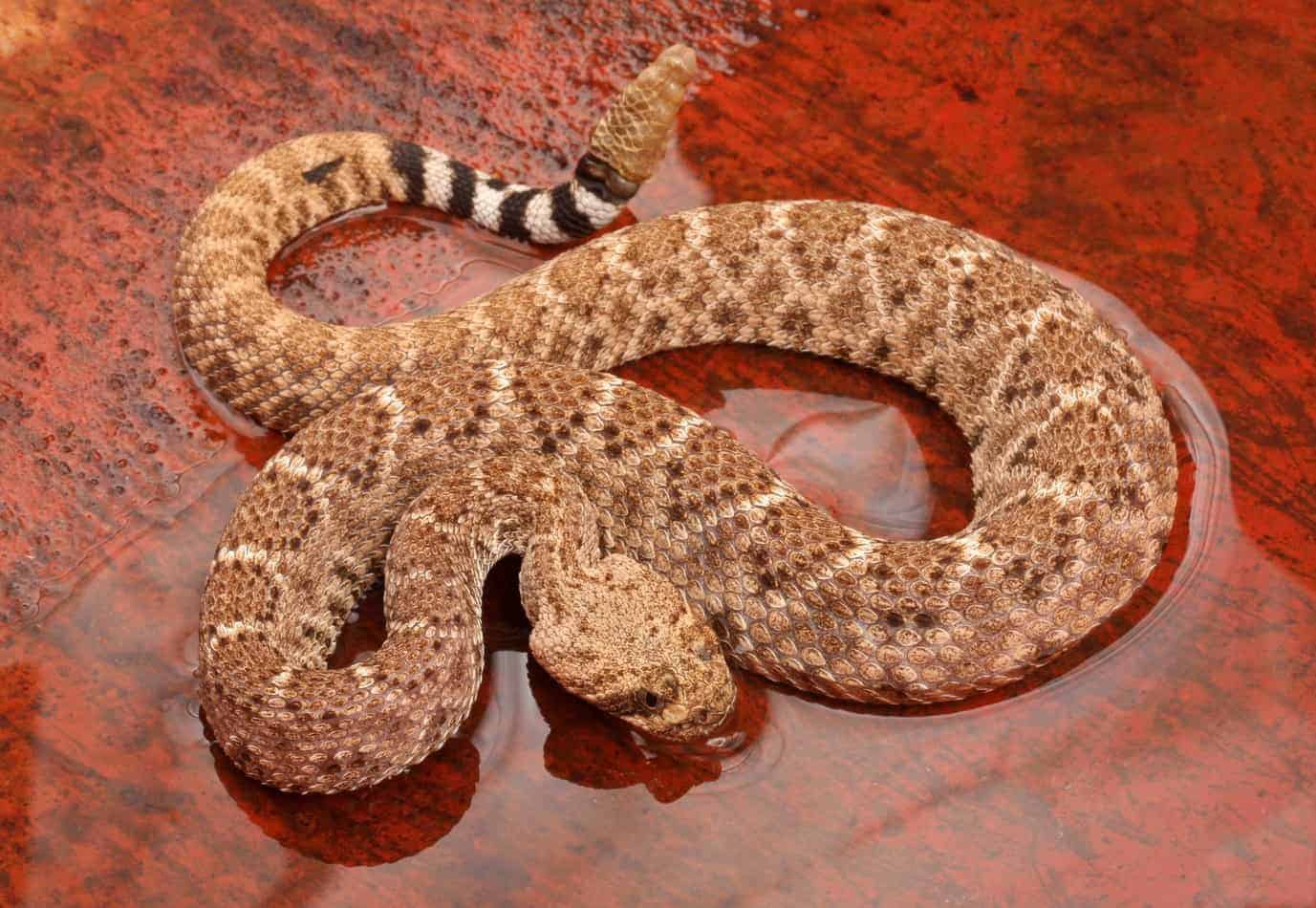 I’m a little curious as to whether or not rattlesnakes can swim, and I’m sure you are, too (now that I have stated the idea). I did a little research and here is what I found.

Can rattlesnakes swim? Rattlesnakes are gifted swimmers and will happily eat, hide, or even mate in the water. The water in no way dilutes their venom, so it’s never safe to swim in potentially infested waters.

If you’re going to swim anyways, even if you know there could be rattlesnakes in the water, here is some information you might need and want.

Why Do Rattlesnakes Swim?

Rattlesnakes may not climb walls, but they are very good at swimming. Some say that they are “extremely fluid” in the water. They use this ability to catch food, find a mate, and seek refuge from predators.

In Sacramento, California, rattlesnakes take to the water at Folsom Lake, where people go kayaking. According to the reptile removers

, a company that specializes in the exterminating and removal of snakes, this is very common. Can you imagine that? I have never heard of someone making money off of removing reptiles.

Apparently, the rattlesnakes use the waterways as transportation in Sacramento. They also use the lake to cool down from the heat of the sun. Turns out that rattlesnakes are a lot less aggressive in the water than on land. Probably because it’s not really their natural element.

According to alongtheway.org, “rattlesnakes are adept at swimming and will take to water readily in order to pursue food, mates refuge, and to escape harassment.”

Generally, these snakes have a destination, so they won’t bother you. You’d have to really annoy or spook it to get it to attack you. Regardless, it’s probably wise to avoid swimming with rattlers, if possible.

How to Handle Swimming Rattlesnakes

The California Department of Fish and Wildlife have some great information

about how to deal with rattlesnakes. Encounters are most common during the spring and summer. Most rattlesnake bites occur between April and October.

Rattlesnakes can bite you if you annoy or harass them in the water. Most other snakes, like the water moccasin and cottonmouth, like to sit on logs or tree limbs near the water’s edge. You would have to go out of your way to bother them. Just be careful.

You have to respect them. I don’t know the temperament of rattlesnakes, but I’m sure they would lash out before another person would deck you in the face.

If you do find yourself close to a rattlesnake in the water or if you provoke it, the best idea is to be still. Don’t make it more afraid than it is already. People go out assuming that the area is a human area, but it is really the snake’s area. They will protect it and themselves if they feel the need and then you could be on your way to the hospital.

To keep your home safe from rattlesnakes, you should make sure that you keep your grass trimmed regularly. If it is too short, the snakes can’t hide in it. You are going to want to keep your yard clean of debris and mess. Don’t leave wood piles or litter or anything around for the snakes to hide under.

If you’re working outside, wear heavy work gloves and tough boots. If you are gardening, rake through your garden to get rid of snakes before you attempt to put your hands in there.

If you’re hiking in snake country and you know that, never go alone. Always bring someone with you just in case of an emergency. It’s always good to have numbers when hiking, anyways.

A good idea is to wear sturdy boots and loose-fitting, long pants. That way it is harder for rattlesnakes to puncture your skin in the even of them trying to bite you. Don’t wear flip-flops or open-toed shoes. You probably wouldn’t anyway if you’re out in nature, but don’t in areas.

Stick to a trail that has obviously been used before. Don’t venture into tall grass or heavy underbrush, because the snakes might be chilling  for the day.

If you have a dog, leash them in snake country. You should consider getting a vaccine for snake bites for your dog. If your dog is bitten, talk to your veterinarian.

What To Do If You Get Bitten By a Rattlesnake

They aren’t common, but if you do get bitten you should seek medical attention. Call poison control at (800) 222-1222. Better yet, have their number on your phone already. Always have your cell phone on you. Get to the nearest medical facility as soon as possible.

If you are hiking in snake country and you know it, it would be wise to already have a plan in place of how to resolve the issue. It’s important to stay calm so you can think. Act quickly. Remove any rings, watches, and anything else that that wraps around any part of your body and that may constrict the swelling. Keep the bitten area below the heart.

Things to NOT do after a rattlesnake bite:

Can you drown a snake? Snakes breathe with their lungs. They do not have gills. It is possible to drown a snake if you can get your hands on them long enough to submerge them for longer than potentially 45 minutes. Then you have to factor in if they bite you, too.

I need a guard dog because of where I live. I happen to like the way the Australian Shepherd looks, but I don’t know much about them and if they might make a good guard dog for me. With this...

Continue Reading
link to Is My Australian Shepherd Too Skinny?

I have had my Australian Shepherd for a while now, and I am a bit concerned that she might be too skinny. I don't know this for sure, but she seems thinner than what I think a dog of her size should...