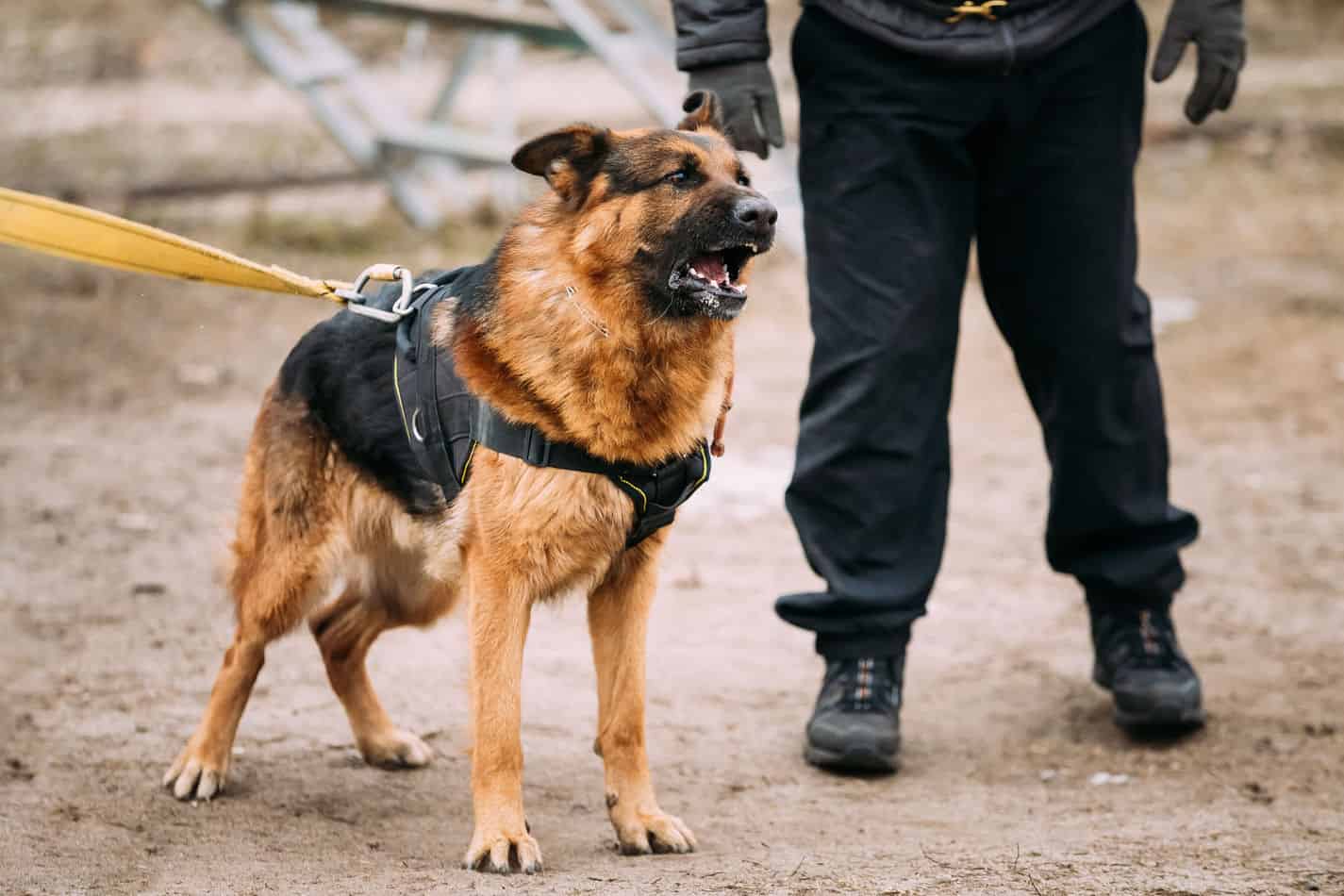 I want a German Shepherd someday, but I don’t want to annoy any potential neighbors if my dog barks a lot. I decided to research how often German Shepherds bark so that I could know what to expect.

So, how often do German Shepherds bark? A German Shepherd’s amount of barking depends largely on the amount of training they have. German Shepherds intelligent dogs and they can be trained to only bark on command. They can also learn commands to stop barking as well, and dogs that bark a lot usually haven’t been trained well.

Many factors can come into play when it comes to how often a German Shepherd barks. Each of these and some of their solutions will be discussed further on in this article.

Why Do German Shepherds Bark?

German Shepherds bark as a way to express their emotions and thoughts, so finding the source of their barking can help with training them not to.

German Shepherds have a history of being intelligent and active. They often had to bark when working as herders to warn of danger and fend off potential threats. Barking is a tool most dogs use to communicate with those around them, and several factors come into play for German Shepherds now as to why they might bark.

Some of these reasons include:

A German Shepherd needs plenty of physical and mental stimulation. If they don’t get an average of two hours of exercise a day, they will become restless. They have too much energy to spend, and without a release, a German Shepherd will likely start to bark due to that boredom and restlessness.

German Shepherds also need mental stimulation. If they are left alone too long, and they don’t have anything to occupy their minds during that time, they may start to bark as a release of those emotions of boredom.

They may also be suffering from separation anxiety from being away from you for so long, which can lead to barking and other behavioral issues.

Make sure your German Shepherd gets plenty of mental stimulation, be it in the form of training or puzzles or something else, to stop them from barking out of boredom.

German Shepherds are very caring and loyal dogs. They will protect their family and loved ones fiercely, which can be both a blessing and a curse. If they are not socialized well, then they may perceive any stranger as a threat and become aggressive toward them. In many cases, this aggression takes the form of barking!

If your dog barks at new people and situations, it could be a sign they are stressed and need more socialization.

Socialize a German Shepherd by introducing them, preferably at a young age, to new people and new places. Bring treats so that they can have positive experiences and know that these people and places are not threats.

The more you do this, the more a dog will become used to these things, it will feel less threatened, and it will likely bark less in these situations.

If your German Shepherd only lives in the backyard and is not allowed to be a part of the family, this can lead to problems with their social skills as well. This leads to several issues, including boredom and lack of stimulation. German Shepherds are social breeds that need to feel like they are a part of a family.

If they don’t get that, they may bark as a result of loneliness or because they are sad and want attention. These emotions may also cause them to become aggressive. Let your German Shepherd inside from time to time or go out to visit them frequently. Letting them feel like a member of the family will help them to bark less often.

As stated before, many dogs bark as a way to express their emotions. German Shepherds are loving and energetic dogs, and if not trained to not bark, they may bark often as a greeting to their loved ones.

This type of bark is usually accompanied by tail wagging, and possibly jumping around. Like all other reasons for barking, this can be reduced through training.

This can be a health reason that is simple, like they are hungry or thirsty, or something more serious. They may be injured and in pain, and barking as a release of that.

If your German Shepherd doesn’t usually bark and seems to be doing so more often, it might be a good idea, after evaluating other possibilities, to check for health problems. Things like hip dysplasia often affect German Shepherds, and so taking your dog to a vet and getting it looked over may not be a bad idea.

How to Reduce Barking

A German Shepherd will typically bark as often as its owner allows, or in other words, how much it is trained to bark.

Barking can still be an important tool for German Shepherds. Many policemen or other servicemen train their German Shepherds to bark when it senses drugs, danger, or anything else it may need to alert others about.

German Shepherds take time to train, but they are intelligent and able to pick things up quickly, so long as training is consistent.

There are a few things to try when training a dog to reduce it’s barking. One method is to train it to bark on command and from there to stop barking on command.

To do this, get your dog energized and excited so that it barks. The open and close one hand as if your hand is speaking, and say the command word, such as “speak” to your dog. When your dog barks, give it a treat. After it starts to get it, don’t reward it for barking more than once so that it understands you only want one bark.

After your dog understand what your command and hand signal means, you can now do the opposite. Get your dog energized and excited again, and get it to bark. Put your hand in front of its so that it sees, and make a sign for quiet while saying the word quiet, or stop, or whichever command you choose.

Once your German Shepherd stops barking, reward it with a treat. Eventually, it will understand what both of your hand signals and commands mean, and it won’t bark when you don’t want it to.

Another way to reduce barking is to associate the things it barks at with good things like treats. If your German Shepherd is barking at people or cars or something else along those lines, you can distract in and train it not to do so.

When it starts barking at something or someone, call its attention to you and give it a treat that it loves a lot. Eventually, it will start to associate the object or person with a treat, and it will be distracted away from barking.

This method may not be as effective as simply training your dog when to bark, because it could be something else entirely that it is barking about, or it could think the barking will get it the treat, if not done right. Only give treats when your German Shepherd has stopped barking so that it knows what you want.

Since German Shepherds are pretty easy to train, they are fairly easy to get to not bark. How often they bark is basically up to you and to the attention and training you give to your dog. One that barks a lot may not be as well-trained, or there may be an underlying issue that has not been addressed.

Pay attention to the needs of your German Shepherd, and train it young, and barking should not be a big issue. This is great news for someone with close neighbors or sensitive ears!

Are German Shepherds aggressive? German Shepherds are not inherently aggressive. They are actually loving and caring dogs. However, if they are not trained or socialized well, or not given enough stimulation, they may become aggressive. Spending time with them and training them with love and attention can avoid this.

Do different barks mean different things? Typically, a lower pitched bark is a mark of aggression, attention-seeking, playfulness, or something else. A higher pitched bark is usually a sign of alarm, fear, or pain. Other signals like tail-wagging or growling also indicate the reason behind the barking.