German shepherds sure are smart, but are they smart enough to get along with your pet cat? I love both dogs and cats and was curious to see if it is possible for them to live together in harmony. I did a little research and here is what I found out.

So, is it possible for German shepherds to get along with cats?

German shepherds have strong prey chasing instincts that may make it difficult for them to not see your cat as a target worth chasing. However, if you socialize your German shepherd properly from the time he is a puppy, he should have no problem behaving himself around your cats.

German shepherds are smart enough to know how to trust and who to chase. But if you neglect to give them the training they need, they may quickly lose control and berate anything that moves in their periphery.

Shepherding Your Shepherd: Can Dogs and Cats Get Along?

It’s a cliche as old as humanity itself. A rivalry that has existed longer than the animosity between the Dodgers and the Giants (Go Dodgers!), a deeper hate than your neighbor feels towards paying taxes.

Yes, I am talking about dogs and cats. Enemies as old as time.

If anyone were to cross the aisle and mend the rift that exists between mankind’s two oldest friends, surely it would be the German shepherd.

The German shepherd may be big, but he is intelligent enough to know when to be gentle. Anyone who has had a mature German shepherd in the same room as a human baby can testify of that. It’s fricken’ adorable.

But does that gentle behavior extend to our feline friends? Can German shepherd get along with cats?

German shepherds are the brainiacs of the dog world, but that doesn’t make them any less apt to follow their instincts. If German shepherds aren’t properly socialized they will bolt off to chase a cat faster than you can say “squirrel!”

But that doesn’t mean German Shepherds can’t learn to overcome their instincts.

If you properly socialize your German Shepherd from the time they are a puppy, they will get along swimmingly not just with cat’s but other dogs, and even strangers as well.

But what does it mean to “socialize” a dog and just how can I do it well?

That is where we will next turn our attention.

Have you ever wondered why your German Shepherd loves chasing cats so much? Why the answer is simple, it is in their genes, my friend!

German shepherds race through the flock making sure that no sheep is wounded or in danger. They nip at the ankles of any young lamb that dares set a hoof out of line. It is hard work, but they are damned good at it.

A lot of German shepherds may have left the rugged sheep filled wilderness for a more suburban lifestyle, but that doesn’t mean they have abandoned their instincts altogether.

The urge to chase fluffy creatures and nip at their ankles remains and in the absences of sheep, your cat make an adequate substitute.

But how can you train your dog to ignore his powerful cat harassing instincts? You want him to be a model citizen, but come on, even you find it hard to not pester your cat.

The answer lies with socializing your dog.

Dogs are a lot like people. Some really enjoy meeting strangers, while others prefer to keep more to themselves. All seem to enjoy jumping on you just as you finish putting on your freshly dry-cleaned suit the day of your big job presentation.

While some dogs seem to have a natural proclivity for getting along, all dogs can be trained to tolerate the presence of other animals and people.

This training is what breeders refer to as “socializing”.

Socializing your German shepherd is pretty intuitive. Everybody gets nervous around new people and that includes your German shepherd. The more time you spend doing a new activity or getting to know someone, the less scary it becomes and you can relax. The same goes for your dog.

A German shepherd that never goes out, won’t be able to handle socializing with others very well. Just like how kids that are homeschooled never seem to fit in. (Sorry kids that were homeschooled.)

So, in order to effectively socialize your German shepherd (and maybe the same applies to homeschooled kids, too!), you need to get them around other dogs, animals, and people so they become familiar to them.

According to the American Kennel Club, German Shepherds are most open to learning and socializing in their first 3 months so make sure you begin early.

You can start by feeding your German shepherd puppy and your cat in close proximity to each other. When feeding, put your puppy on one side of a closed door and your kitten on the other side. If they see each other, they make freak out, but the close proximity will help the animals adjust to each other’s scent.

Before introducing your puppy to your kitten, make sure he knows and obeys three very important commands:

These three commands should be sufficient for a face to face interaction.

The first interaction between your pup and your kitten should be brief and (hopefully) peaceful. Keep your pup in a kennel and set your cat in front of him. Let them interact for 5 to 10 minutes.

If your puppy shows any aggression, immediately tell him “no”. If his aggression continues immediately take the kitten and leave. In doing this, you are taking away a “good thing” from your dog. Your presence, being the “good thing”.

Continue these peaceful interactions for a couple of weeks, gradually increasing the interaction time until your pets are able to comfortably spend a half-an-hour in each other’s company.

When your puppy is ready, take him out of the kennel and let him interact with your cat while he is on a leash. Repeat the process the same as if we were still in the kennel, immediately removing him from the cat if he displays and aggressive behavior or fails to follow commands.

Allow the two animals to interact until their interactions are peaceful, and then repeat the process but without a leash. Make sure you keep a close eye on your dog.

German shepherds can be very territorial so it’s a good idea to make sure he has his own space. Consider getting a cat flap on a closed door. The space behind it can be your cat’s “territory” and the dog can have the rest of the space.

Remember that your German shepherd will grow to be upwards of 90 pounds. He can be a major threat to your poor kitten even when he is just playing.

If your German shepherd seems particularly rambunctious, send him to a puppy school to help with his socialization. In addition to being a great way to effectively socialize your dog, puppy school can teach your dog basic commands and help with house-breaking.

Do German shepherds get along with children?

A well socialized German shepherd will get along fine with kids, but there are always a few exceptions. For whatever reason, toddlers have trouble. A curious child is likely to give a dog a swift bop to the nose and even the most well-behaved dog may find it difficult to resist fighting back.

German shepherds are America’s second favorite dog and for good reason. These intelligent, loyal, handsome dogs are full of tricks and laughs. They are well behaved and have playful attitudes. German shepherds are regarded as great family dogs for families with children of all ages.

BONUS TIPS: Is your German Shepherd a picky eater? In working with our breeder, we found our dog much preferred Royal Canin dog food over the brand we were giving her. They offer puppy food and adult food that is designed just for the German Shepherd. If you are considering a change of food, I would definitely give this one a try. 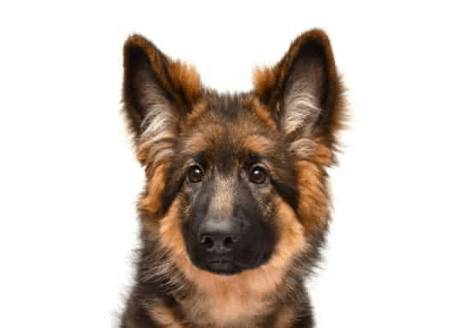 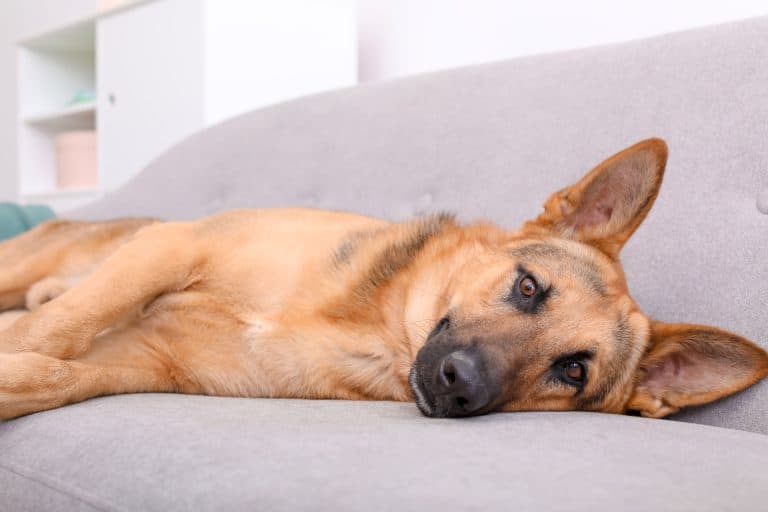 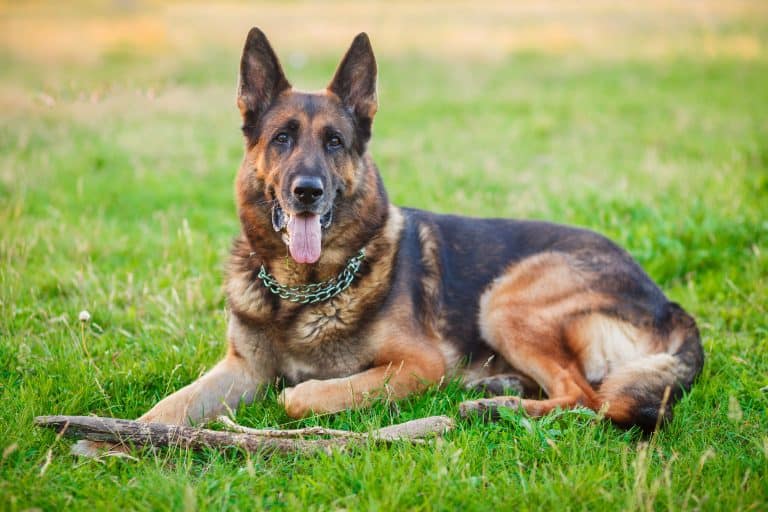 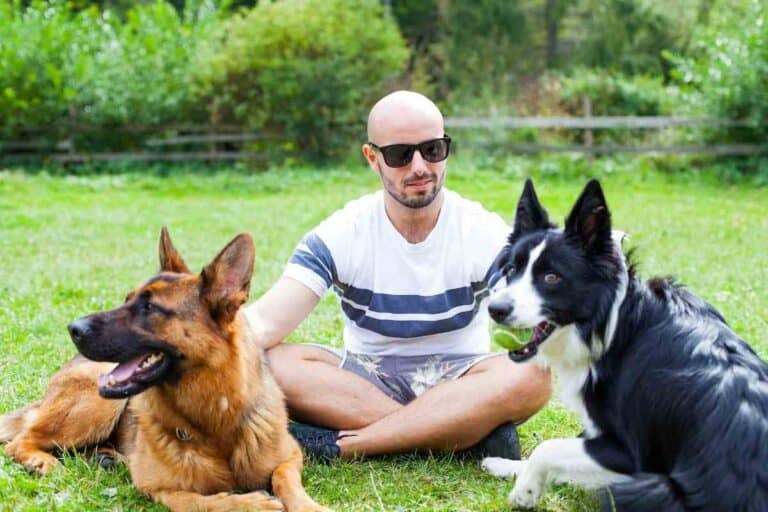 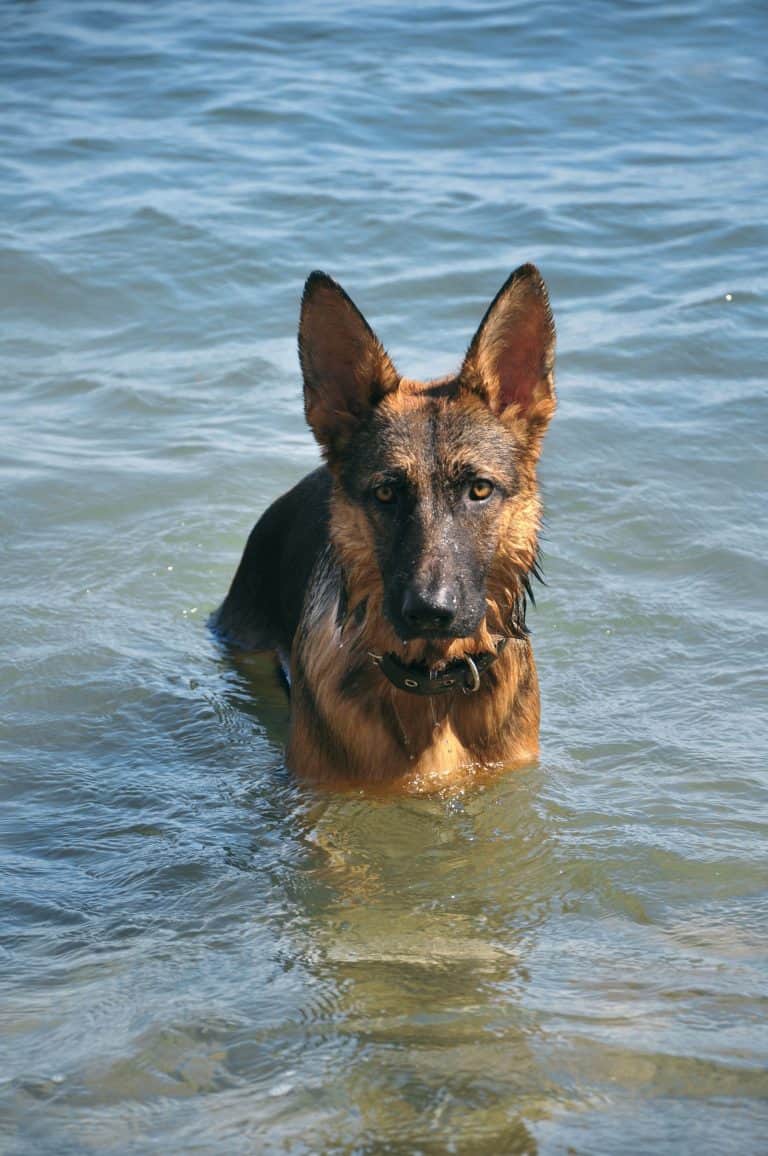 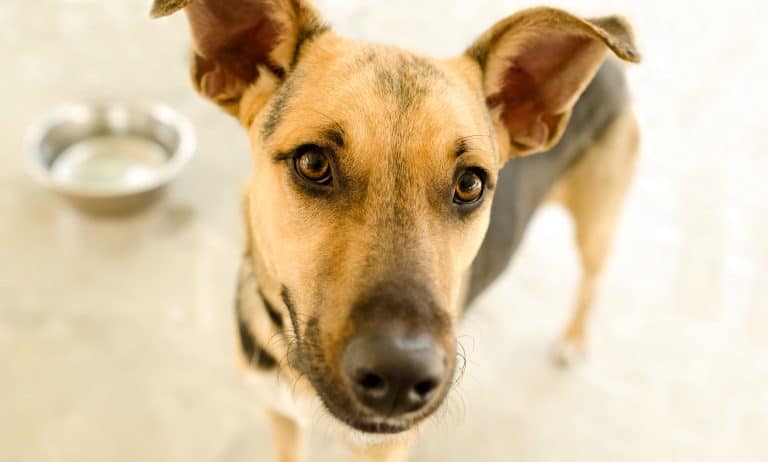