I recently adopted a Springer Spaniel that I adore.  She is a beautiful dog that I consider my best friend.  I understand that this breed was used for hunting purposes, but I am uncertain what they did regarding hunting.  I am curious to know what skills this breed has and if they point at all as some hunting dog breeds do.

Recently I had some free time, and I used it to uncover breed history and other important information regarding this breed of dog.  I found it very helpful so I have decided to share it.

The breed makes for a good bird dog if the hunter is new to owning a hunting dog.  They are small in size and have a tremendous amount of energy that warrants them well to hunting.

They are a top choice amongst hunters that hunt pheasant, with a strong capacity to dive headlong into the deep cover a pheasant might choose.  The Springer Spaniel will work tirelessly alongside the human companion until the job is complete.

With a keen sense of smell, they are an excellent hunting dog breed.  Those individuals looking for a dog that is compact, agile, fast, and thorough will find this breed perfect even if they don’t point during hunting.

The Springer Spaniel is a bird dog hunting breed.  Historically they are what a hunter considered flushing and retrieving dog breed.

In history, before there were guns to hunt, they worked in tandem with hawks to flush small animals out by springing towards them so the hawk could collect the prey.  They also worked alongside coursing hounds at this time and humans that would net the prey.

They flush out the game during hunting and retrieve it.  The Springer Spaniel is required to work tirelessly alongside their human companion to cover much ground to flush out the prey to be hunted, but they don’t point.

The Springer Spaniels’ agility, determination, compact size, and keen nose make them easily adaptable to various forms of flushing and retrieving.  They can cover terrain quickly and efficiently, which varies from one location to another.  From icy rivers in the north of Montana to swamps and other territories, they adapt quickly.  Their only limitation appears to be that which is placed upon them by their owner.

Many hunters consider this breed a top choice for upland hunting due to their physical characteristics.  They have strong legs that can carry them for extended amounts of time while flushing out birds for their hunting companion to hunt.  They boast a longer body than other dogs and usually have a docked tail.

To look upon a Springer Spaniel, it might be hard to see them as bird dogs due to their cute and sweet face and feathery hair.  Their face shows their gentle personality, but beneath the surface of all that adorable cuteness is a highly intelligent dog breed that is easy to train and loves to be active and involved in sport.

There are two distinct types of Springer Spaniel, the sporting field dog, and the show dog.  Regardless of whether they point or not, they can look very different.  This difference is due to the gene pool of each within the breed itself.

Why does a dog point?

A dog points to bring attention to something or someone and to let their human companion or companions when they need to notice something.

Most often, people only consider this behavior to be that of a hunting dog breed.  However, this thought process is incorrect since other dog breeds can point too that they are not hunting dogs.

Dogs will typically point if they have found something exciting, unusual, important, or when they are doing a job such as hunting.

Many pointing breeds are classically placed into the sporting category of dog breeds, which encompasses those dogs that point, retrieve and flush out prey.

While the Springer Spaniel doesn’t classically point as part of their heritage or background, this doesn’t mean they won’t.

On certain occasions, the Springer Spaniel, like many other breeds of dog, will point at something when they are at the park, on the hiking trail, and a walk.

How does a dog point?

A dog points by freezing their body in place and standing completely still.  This point is usually made in response to a scent that they pick up on or something that they see. Often it is about the small game.  This animal game can be a bird found while on a hunting expedition, or it can be the family dog noticing a squirrel in their backyard territory.

They will use their nose to point in what they have found to let their owner or companion know where it is.   Most dogs will lift one paw when they are pointing.  Certain dog breeds can do all the tasks, flush, point, and retrieve.

Can a Springer Spaniel be taught to point?

No, pointing isn’t something that can be taught unless done by an experienced trainer that has a great deal of time to devote to a dog.

If, however, the dog breed is a bird or hunting dog, it is possible to teach them to point or hold the point or freeze during hunting.  This teaching can be accomplished by using verbal praise, treats, and other rewards after they have performed the task correctly.

Training of this sort happens through repetition.  Reactions to certain behaviors over time passively train a dog what they should and shouldn’t be doing based on the result, aka receiving a treat or not.

What are other reasons a dog might point, besides hunting?

Other reasons that a dog might point can vary from dog to dog.  This behavior is almost always driven by their need to show something.  Whether it is a cat diving into a trash can or a new toy in the back yard, pointing is their way of communicating with those around them that something new or different has been located.

It is a direct result of something in their immediate environment.  It could be something that has changed, been added, removed, found, or discovered.

Owners of a Springer Spaniel or other breed that find their dog displaying this behavior can use it to help them understand their dog better.  It should be encouraged with treats, praise, and another positive reward because it is a positive behavior.

Even if the Springer Spaniel or other dog breed isn’t a traditional pointing sports breed, they may decide to point, and it should be something that is welcomed.

Does a dog point while on a leash?

A dog that points will point whenever they find it necessary to tell their human companions something.  Whether they are on a leash or not will have no bearing on this.   Whether indoors or outside, on a leash, in the field or dog park, they will point when they decide to point.

The only time this may be affected is traveling in a car wearing a seat belt or in their crate.  These times it would be next to impossible for them to point.

Whether or not the Springer Spaniel points or not, they should always be kept on a leash when out and about because they are bird dogs.  It is impossible to know when their instincts will take hold, and they will behave in ways that characteristic of their background but unacceptable in certain situations.

While the Springer Spaniel doesn’t point, they are still a superb field and hunting companion dog.  The point, freeze, or set might be left to other dog breeds, but that doesn’t mean that the occasional Springer Spaniel won’t decide to point sometimes.

If this is something that strikes their owners fancy, whether on the hunting field or in the backyard, one might have a hard time forcing this physical act.  Instead, it is better to remember all the beautiful qualities they do have and focus on those instead.

With a calm and pleasantly cute face, lovely appearance, and an intelligent mind, it shouldn’t be too hard for anyone to find something to love about them even if they don’t point. 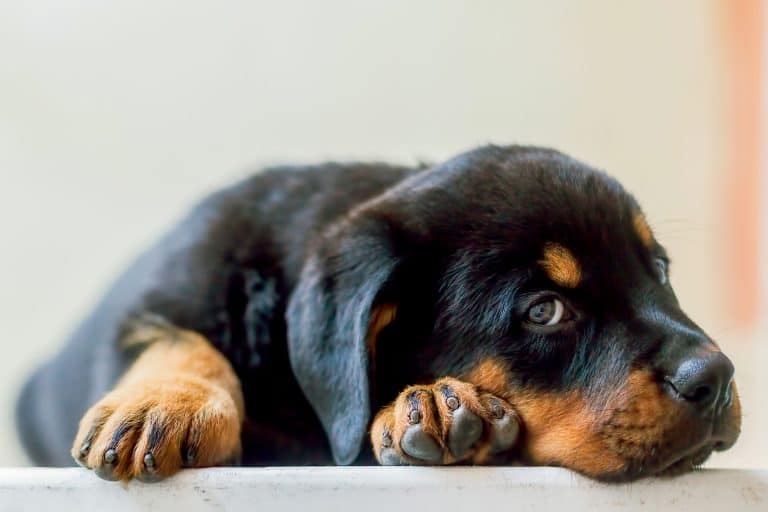 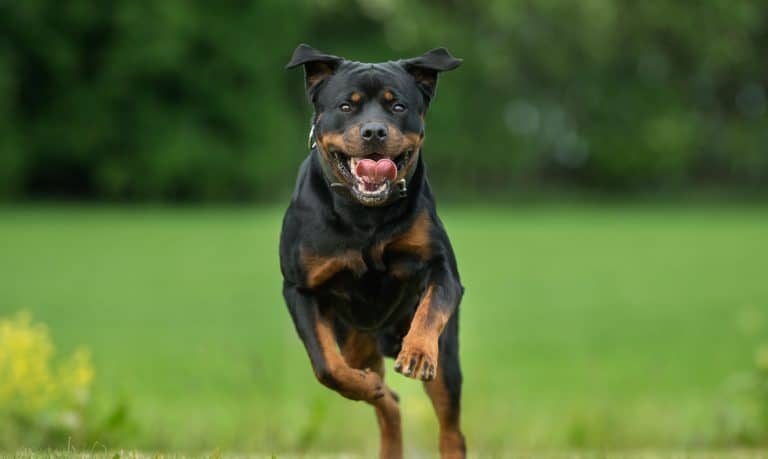 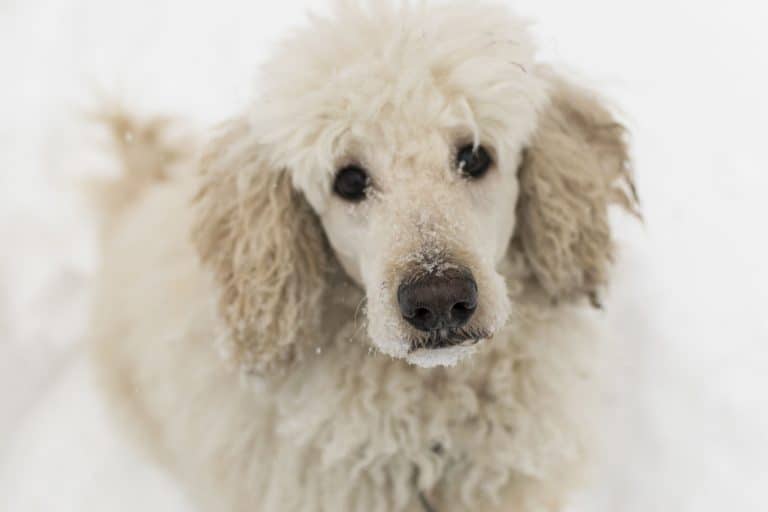 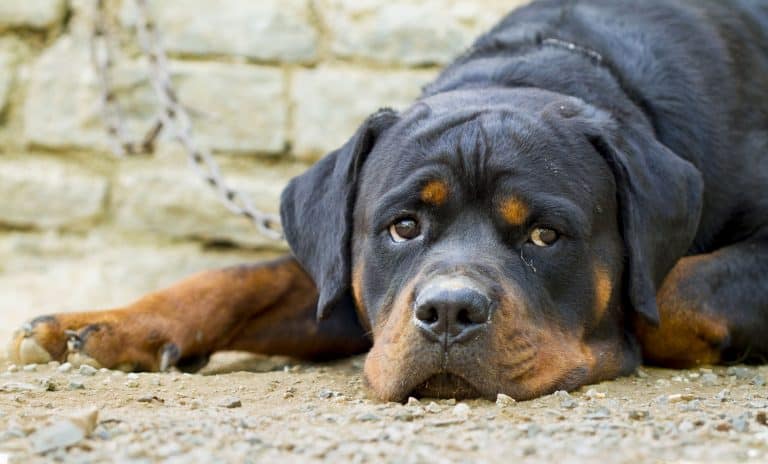 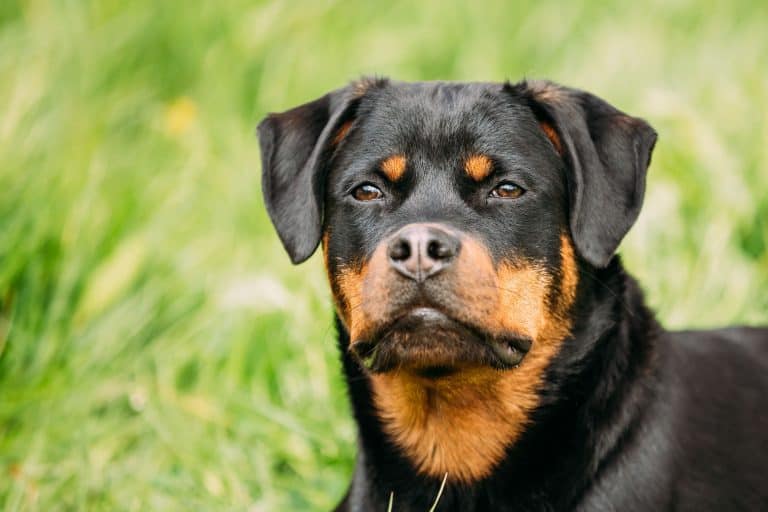 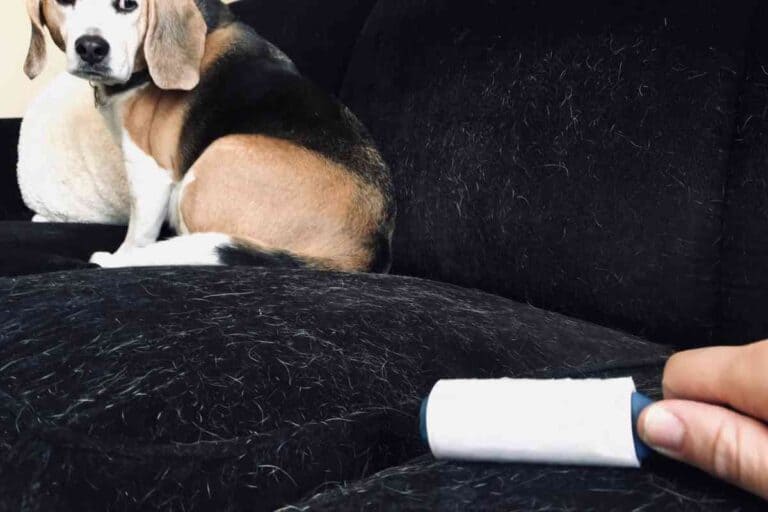