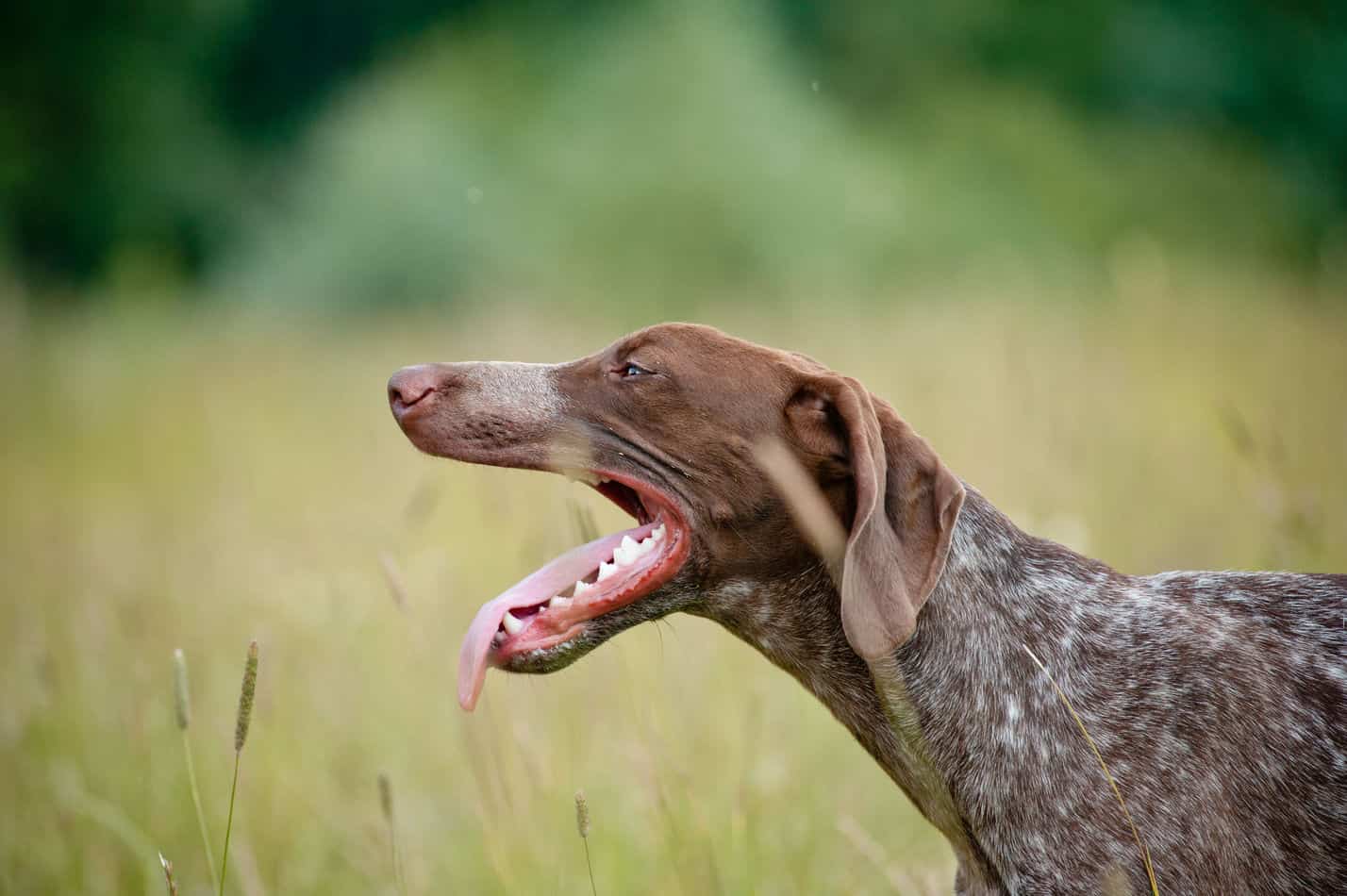 It’s important to know what barking noise levels you’re signing up for when choosing your pointer. The pointer’s barking habits can fluctuate based on circumstance, so it may be difficult to measure exactly how often they bark as a science.

Pointers do not do a lot of barking. They have a relatively low tendency to bark when they are trained and well exercised. However, they will bark if they are bored for too long or to alert owners of danger/strangers.

A dog’s proclivity to bark can be a deciding factor in whether you adopt it or not. It can also help you understand if there is a problem, if your dog is bored, or if they’re just curious and vocal! There’s a lot more to a pointer’s barking habits than what can be seen on the surface.

Pointer are not known for barking habits, and most dogs of this breed will only bark occasionally if they need attention or they sense something is wrong.

One of the very first things you learn as a child is that the cat says “meow”, the cow “moos”, and dogs “bark”. It’s the base characteristic we learn about dogs at a young age. That being said, we are not always fans of this particular attribute especially when it’s constant or ill-timed.

Below is a table with a few examples of dogs with different tendencies to bark. As you can see, Pointers have a low tendency to express themselves through barking.

It’s not that pointers are perfect and silent dogs that never make a peep when you don’t want them to. It’s more like they bark for very specific purposes.

The most commonly seen reason for consistent and disruptive barking from a pointer is when they are bored and cooped up for too long. This behavior tends to show itself along with destructive chewing and digging.

The boundless energy that is characteristic in pointers needs to be turned towards constructive paths or else they manifest themselves in those rather unpleasant ways to owners.

They will also bark when they hear strange noises or see people they don’t know near their homes. You may also see a pointer barking at squirrels or birds that end up in a tree within their radar and scope.

Unlike a chihuahua that barks at almost everything and for any reason, pointers will usually keep their barking to a minimum unless they need something or want your attention.

Almost no dog is going to give you absolutely no barking. Barking is the way dogs express themselves to us, each other, and the world.

Barking is a part of life, but we definitely don’t want excessive or nonstop barking day in and day out. Here are a few things that cause a pointer to break its silence.

Boredom That Leads to Barking

Known for its exuberant spirit, the pointer needs to be outside and participating in intense exercise daily.

They require at least an hour of vigorous exercise each day to release pent up energy that builds up from staying inside or being confined by the backyard fence.

Two hours of exercise is recommended especially for the family that wants a slightly calmer dog to hang out on the couch with after a long day.

Releasing that energy is vital for a happy home with a pointer. When they aren’t taken out, they need to find other outlets for that raw energy and that is never a good thing.

They were bred for hunting for hours on end, so their endurance, stamina, and energy is built to last! They will become antsy and destructive the longer they are not given avenues to release that energy.

The three most destructive behaviors they engage in when neglected for too long are:

There is nothing worse than having a dog that will bark at nothing all day long. This can also manifest itself by your dog barking at everything that passes by your backyard fence all day long.

Neighbors can get annoyed and resentful towards the dog that disturbs them day and night from barking. You will also start to feel anxious and irritated by a restless and loud family dog. The best way to nip this problem in the bud is to make it a habit of exercising your pointer daily.

This breed gets bored. That’s all there is to it. They are made to spend long hours on a hunt and therefore aren’t content to sit around in a patch of sunlight all day.

Don’t get me wrong, they do love a good sunbath, but those moments of relaxation can only be truly enjoyed by dog and owner if they get the exercise they need. This will make life for you a lot happier and the dog will feel significantly calmer and content.

It’s best to know before purchasing a pointer that they require an active lifestyle to be the pet you want them to be. If you intend to use them for hunting, you definitely want to get into a routine of letting them run off their natural pent up energy.

Even if they are just a family pet with no intention to go on the hunt, taking them out for vigorous exercise can make the experience and relationship a lot better for everyone involved. A yapping dog can make the whole family grumpy.

Many people want to know if pointers make good watchdogs. This is a tricky question because of their attentive nature combined with their lack of aggression.

Some may think of a guard dog as an extremely protective animal that would fight for their family at all costs. At least that’s what I always thought when I was younger and realized that my tiny chihuahua probably wasn’t going to cut it in the protection department.

The pointer is not an aggressive animal. It’s hunting ancestry gives it a very good sense of things that are happening through being alert and ready for anything.

These dogs can definitely tell you when something is amiss or strangers are near through barking. Their ability to track and locate hidden prey has made them susceptible to things that are different or hidden. They will bark to alert you to strangers or people at your door, but that’s all.

It’s probably better to say that pointers are good watchdogs instead of guard dogs.

Unless they are otherwise trained, they will bark when someone is at your door or near your house when the dog is outside. They are curious creatures and get distracted by things going on in their world. Whether that be a person too close to your fence or a squirrel scurrying up a tree.

Why Pointers Don’t Bark That Much

Something that has been mentioned a few times is that pointers were bred for wing or small prey hunting. Their main job is to locate and stalk the prey for the hunter to find and shoot.

They can’t accomplish this through excessive barking and howling like a hound probably would. They use scent of prey in the air to locate a general place where birds may be hiding.

The closer they get, the slower and more cautious they become. Very carefully they will inch towards the place they can smell the prey and then they freeze, silent until their owners arrive.

This heritage is another way to explain why the pointer doesn’t have a huge tendency to bark. They would never be successful in their hunts if they ran around barking and scaring away all of the animals.

Of course, like all dogs having a good time, pointers will sometimes bark during playtime. If you are trying to play keep away or some sort of chasing game then you can find your pointer barking out of excitement.

All in all, pointers don’t bark without a reason. They bark when they get excited to play with you, to alert you when a stranger is knocking, or if they’re not getting the exercise they need. Pointers definitely don’t bark in excess when they get all the care and training they need.

Obedience school when they’re a pup and consistency at home can go a long way to teaching your pointer when barking is appropriate and when they need to stop.