My husband wants a Springer Spaniel as our new dog companion.  I think they are cute and have an adorable face.  I understand they were bred for hunting or as a bird dog, but I don’t know much about the breed.  Every Springer Spaniel that I have seen so far doesn’t appear to have a tail, which seems odd.

If we chose to adopt this breed, I would want a Springer Spaniel with a tail.  I was curious to know if this is even possible.  I also wanted to learn more about this breed in general.  What is most important to me is knowing if the Springer Spaniel does have a tail, and if so, why do all the ones I see not have one?

My interest was piqued since I thought every dog had a tail.  I decided to investigate this further and found some interesting information that I hope will be useful to someone else.

Do Springer Spaniels have tails?

Yes, Springer Spaniels have tails.  However, they have what is known as a docked tail, which means that their tail is cropped shorter than it would typically be.  This docking is generally done very early on in the puppy stage by the breeder or a trained professional.

This docking is a historical practice that is slowly becoming a thing of the past in our present modern world. Individual breeders will allow potential owners to avoid docking he Springer Spaniel puppy, but prospective owners must research which breeders allow this choice.

The Springer Spaniel has a tail; all dogs have tails, short and stubby or long and fringed.  Historically, the Springer Spaniels tail was docked to help them perform their hunting task or be a bird dog.  This is true for other dog breeds as well.

This hunting or being a bird dog required that they flush out and retrieve bird game while outdoors with their owner and companion.  The nature of this work for the Springer Spaniel required that they move freely and swiftly through various environmental conditions.

The Springer Spaniel might find themselves in the thick brush where their fur and body could easily get caught up on something.  They could also find themselves traveling through a muddy marsh or watery ponds to flush and retrieve bird games.

This breed of dog is efficient and swift at this task, which makes it essential that their body is streamlined.  The Springer Spaniels streamlined, and capable nature prevents the dog from getting hurt or injured by anything harmful in their outdoor environment.

Their capability was especially important during hunting when it would interrupt the hunt if the Springer Spaniel got injured and because these hunting expeditions often took place in areas far away from veterinary care.

If the Springer Spaniel was injured due to their undocked tail while hunting far away, it could be severely dangerous.

With more Springer Spaniels serving as companion dogs and not just hunting dogs, the practice of tail docking is becoming less a necessity and more a choice with individual breeders.

Potential Springer Spaniel owners have the option of refusing to dock their puppies tail with individual breeders.  Before selecting a breeder, the prospective owner needs to ask this question.  Some will give a choice, and others will not.

Tail docking is done by the Springer Spaniels breeder or a trained professional when it is a puppy.  Docking is done as early as possible because it is easier and prevents trauma for the dog.

What is tail docking?

Tail docking is a medical process that is used on dogs to shorten their tail.  This shortening could mean that the tail is docked of a particular portion or practically the whole tail. If a dog’s tail’s docked depends on the breed and the purpose of that breed itself.

Historically this was done to prevent injury to the dog if they were a working dog breed.   Dog breeds used primarily for hunting had their tails docked to avoid damage while working or performing their task.

Some breeds also had their tails docked for cosmetic purposes to make the dog have a pleasing appearance.

Tail docking is done as early in life as possible in puppyhood.  Docking was believed to prevent the dog’s pain and suffering, but we now know that tail docking is painful for the dog.  It doesn’t matter if the puppy is newborn or older; it is still a painful process for the dog.

In our modern world today, we are finding that depending on when the dog’s tail is docked can affect how they process pain in the future.

Do dogs need to have tails?

Yes, dogs do need to have tails just as many other species of animals do.  Their tail serves a purpose physically that is individual to each animal and for the dog to help them maintain balance.  Depending on the tasks or activities that they do balance can be essential for their overall health.

From running to turning to climbing, a dog’s tail helps them maintain balance and check them moving safely through life.

A dog also needs a tail to express their feelings.  If we think about the happy dog, what do they do?  They wag their tail.  When they are scared, aggressive, and other emotions, it is almost always expressed by the movement or lack of action of their tail.

Imagine how hard it would be for human companions to decipher a dog’s wants, needs, and other issues without them using their tail.  Body language is one of the top ways a dog communicates with its owner and those around them.

Without a tail, they cannot spread their scent in their territory or when out and about.  This scent is the primary way that animals communicate with each other.  If a dog can’t spread his or her fragrance, it can cause problems with them interacting with others.

Each dog has its unique pheromone scent that can carry vital information to other dogs and animals in the area about that dog.  Without that, communication is lost.

What should I do if my Springer Spaniels tail is docked?

There isn’t anything that can be done if your Springer Spaniels tail is docked.  It may make it harder to understand your dog at times, what they want, need, think, and feel.  With a strong bond and connection that can be minimized.

If potential Springer Spaniel owners don’t want a dog that has a docked tail, they need to communicate this with the breeder before selecting a dog.  If for some reason, that breeder believes firmly in practice and doesn’t allow deviance from that, it is best to find another Springer Spaniel breeder.

Many dogs have their tails docked, but through research and knowledge, many breeders today are finding this practice unnecessary, and it is increasingly becoming a thing of the past.

What are the benefits to a Springer Spaniel having a docked tail?

The benefit to a Springer Spaniel having a docked tail is that they are less likely to be harmed if they spend a great deal of time outdoors.  This situation is likely the case since they are an active dog that will enjoy spending lots of time in the outdoor elements.

During hiking, biking, running, camping, hunting, or just playing, they will not have a problem with their tail.  The likelihood of the Springer Spaniel’s tail getting caught on something is lessened when it is docked.

The Springer Spaniel’s normal tail has a feathery fringe that could be found on various things, depending on their outdoor environment.

While every dog has a tail, whether docked, short, or long like human’s every dog’s tail is as unique as they are themselves.

Docking is a practice that is used to crop or shorten a Springer Spaniels tail that is quickly becoming a thing of the past.

For those seeking a Springer Spaniel with a natural tail, there are many valuable resources today that can assist them in locating a breeder.

In the end, having a tail no matter what size is a means a dog communicating with the world around them.  Without that tail, communication would be more difficult.

No matter the size of the tail, the Springer Spaniel is a breed of dog that likes to live life to the fullest.   Even if their tail is docked, it makes them no less loveable than any other dog. 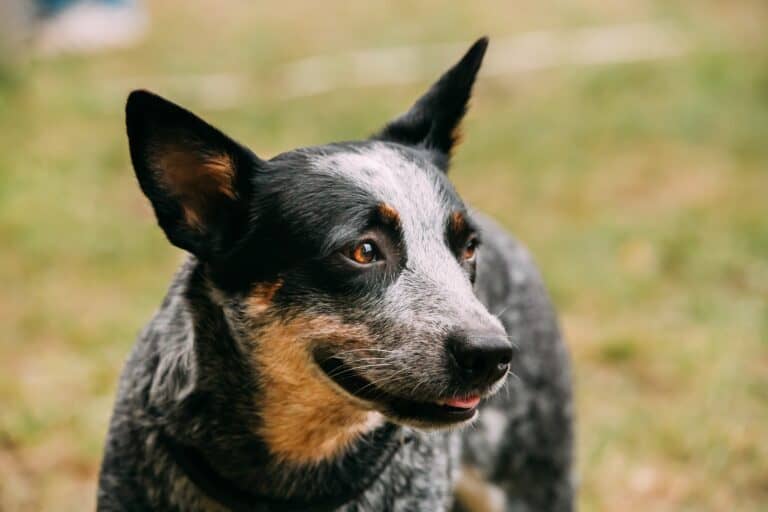 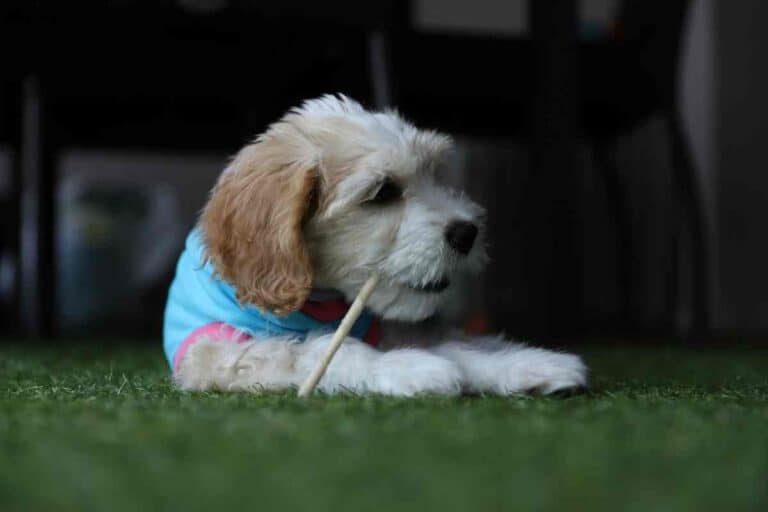 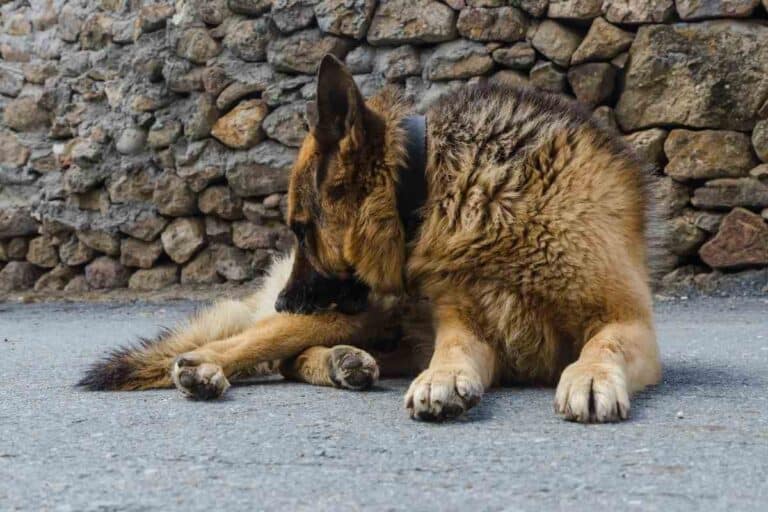 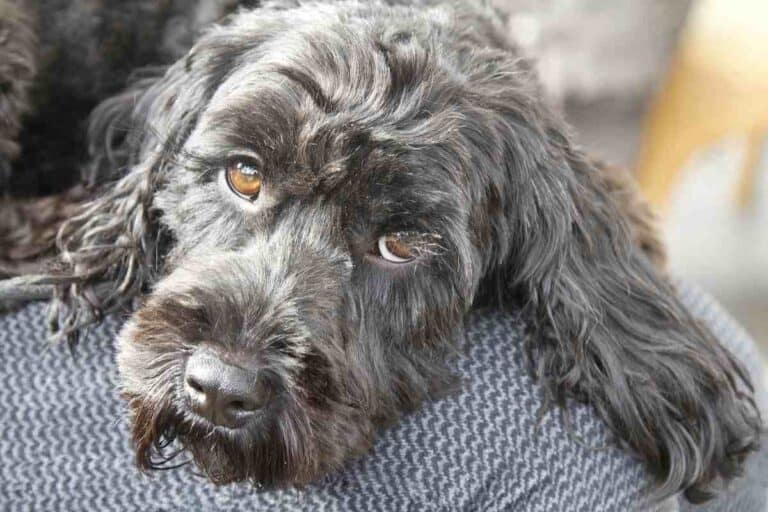 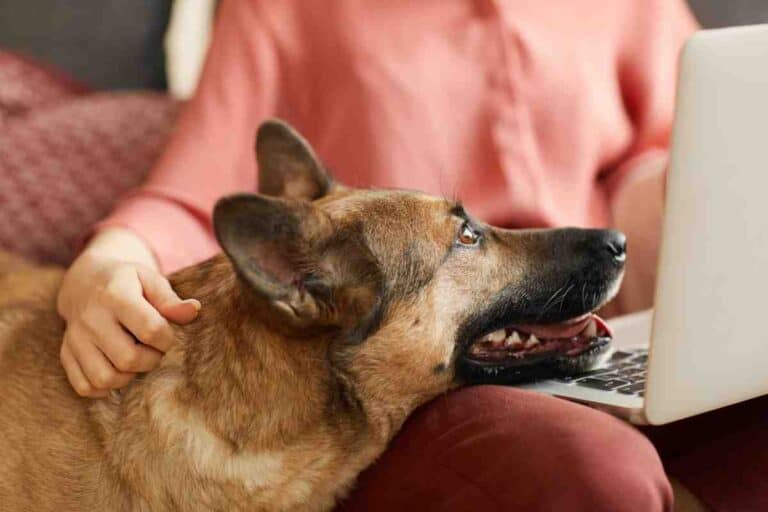 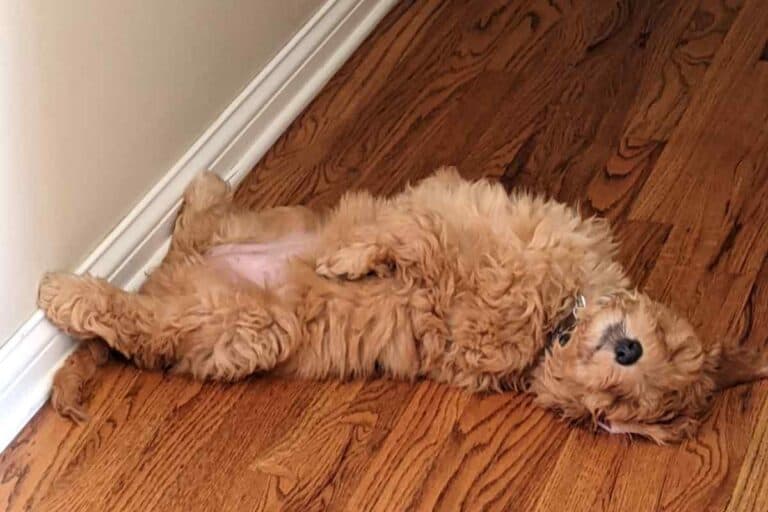