Owning a Parakeet is nothing like owning a cat or dog. They require special attention and research to keep them in good health. One aspect of owning a parakeet is the noise. I wanted to know just how loud they were and why they generate so much noise. This is what I discovered.

Yes, parakeets are loud. They’re among the most vocal birds in the parrot family.

It’s important to know why your parakeet might be generating a lot of noise. Read on to find out more about parakeets and the sounds they make.

Are Parakeets Quiet at Night?

Perhaps you’re most concerned about the noise they generate at night. Are they going to be interrupting your beauty sleep? The good news is that parakeets are usually quiet at night. They’ll only make sounds if they’re frightened about something.

Otherwise, they sleep at night, too. It’s one reason why some owners like to keep a blanket or towel over their birdcage. It simulates nighttime and can help keep the birds calm and quiet. Without light, parakeets will think it’s time to go to sleep.

Do Parakeets Use Their Sounds as Communication?

Absolutely. Parakeets are actually quite intelligent. Studies have shown that parakeets actually have intelligence on par with a 7-month old baby. They’re able to distinguish what different sounds and noises mean.

Certain sounds may tell others that a predator is nearby. Others may signal that they’re ready to mate. Some sounds are a mystery, but they may indicate that the parakeets are just communicating with one another.

Regardless, their intelligence level suggests that when a parakeet makes a noise, it’s usually for a reason.

Why Is My Parakeet Squawking?

The main reason that your parakeet is squawking is that it’s frightened. Most parakeets will squawk at least once a day. Sometimes they even squawk at night. This noise is a loud blast of sound that can be heard over several feet. It can wake you up out of a dead sleep.

One of the reasons your parakeet may be squawking is because they perceive a predator. This predator isn’t always real. Parakeets do sometimes see shadows and think the worst. They may even wake up in the middle of the night, confused, and squawk because they think a predator is nearby.

Sometimes a stranger, pet, or even a noise may be perceived as a predator. There are a few ways you can calm your parakeet down. The first is to speak quietly and soothingly to them. When they listen to you, they’ll be eased by the sound of your voice.

Another option is to place a pet blanket over the cage. By covering it, you can make them feel safe. The predator is no longer able to see them, and they’re unable to see the predator.

Another reason parakeets may squawk is because of the mating season. Hormones surge through their bodies. In order to make their presence known to other parakeets, they give out a huge squawking sound. Unfortunately, there isn’t much you can do to prevent this type of squawking.

Once the mating season is over, your parakeet will become a little quieter.

One of the most distressing reasons that your parakeet may be squawking is because it’s injured. You may be surprised to know that parakeets can injure themselves quite easily inside of a cage. If they’re still able to fly, then they may attempt to fly to one side of the cage and wound their wings in the process.

They also like to climb along the cage walls. If they fall, then they might also injure themselves.

Parakeets don’t always like the dark. If they wake up in the dark, then they may panic and also injure themselves.

Their squawking is because they’re in pain. You can help them by carefully taking them to your vet. Once their injury is healed, they shouldn’t squawk as much.

Finally, your parakeet may squawk because it’s hungry or thirsty. If you forgot to feed them or if they’re just feeling especially hungry, then they’re not afraid to let you know about it. They may sometimes refuse to drink or eat if their bowls have bird poop in them. They may be calling for you to clean their bowls.

Why is My Parakeet Hissing?

You may think that hissing is a sound reserved for snakes. That isn’t the case with parakeets. They can generate a surprising hissing sound that almost sounds like they’re tsk-ing someone. If your parakeet is making that sound, then it usually indicates that something or someone is closer to them than they’d like.

This happens frequently in environments where there are too many birds in a small space. Overcrowding generates a lot of hissing from all of the birds. They like their personal space. You can cut down on the hissing by getting a larger cage for them or by separating them in each of their own cages.

Sometimes your parakeet may even hiss at a passing dog, cat, or family member. It just means that they don’t feel like being approached at the moment.

Why is My Parakeet Singing?

Parakeets aren’t songbirds. They come from the Parrot family. As such, they’re not the greatest singers. While they’ll provide an impressive array of sounds, the melody they produce doesn’t exactly carry a great tune.

Luckily, if your parakeet is singing, then it means they’re happy. This is a way in which parakeets express their joy. It’s not uncommon for parakeets to sing together if they’re placed in the same enclosure.

Because they’re part of the Parrot family, you may even be able to get them to mimic certain songs or whistles that you teach them.

Why is My Parakeet Chattering?

If your parakeet seems exceptionally vocal, then it’s probably chattering. This is a sound where a parakeet will either make an abundance of noises or use words that you’ve taught them, to show off its vocal abilities. It happens when the mating season is active.

Perhaps one of the funniest sounds that a parakeet makes, you may be in for a treat if you’ve been teaching them words. Their nonsensical conversation can be a joy to listen to.

Why is My Parakeet Chirping So Loud?

One of the most common sounds your parakeet will make is a chirping sound. It can be a quiet, rhythmic, sort of sound or a loud repetitive noise. It can even make up several different tunes.

There are a few reasons why your parakeet may be chirping loudly. The first is because they’re happy. This is another way that parakeets show their joy. They’re having a good time, and they want everyone to know about it.

Another reason that the parakeet may be chirping loudly is that their food dish is empty and they’re hungry. Instead of squawking, they may just chirp loudly at you to get your attention.

You can also hear them chirp if they’re lonely and want your attention. This usually occurs if you walk into the room for a long period away. They may be eager to socialize with you. As a result, they chirp to get your attention. It’s always a good idea to spend some time with your parakeet and communicate with them. They need it, and you’re sure to feel closer to your bird as a result, too.

Why is My Parakeet Making Unhappy Tweets?

Sometimes their chirping may actually be unhappy tweets. The main difference between the two is that their unhappy tweets are usually quite loud. They don’t always stop until the problem is fixed either.

One of the reasons your parakeet may be making unhappy tweets is that they’re out of food or water. Once you resolve this problem, they should quiet down.

Another problem that may warrant their unhappy tweeting is if their swing or perch is dislodged. They may be unable to reach it or they may be stuck. Fixing the swing or perch can quiet them.

It may also be happening because another parakeet is ignoring them. They may want to talk with the parakeet. To get their attention, they give some unhappy tweets.

If their tweeting grows louder or doesn’t stop, then it may indicate a serious problem. They may be frightened of a real or perceived predator. They may be in trouble. They may be injured. Investigating the sound may end up saving your parakeet’s life.

Why is My Parakeet Beak Grinding?

One odd sound that your parakeet may make is a chewing or gritting sound. They’re actually grinding their beaks. This is sometimes needed to help keep their beak healthy. It’s also done to show that they’re happy.

It’s similar to when a cat purrs.

The sound is performed by rubbing the two halves of their beak together.

How do I Get My Parakeet to be Quiet?

If your parakeet is making too much noise, then there are a few methods you can use to keep them quiet.

One of the most effective is by playing a blanket partially on the cage. This doesn’t completely darken the cage. They won’t fall asleep. It will make them feel safe instead. If you do want your parakeets to sleep, then you can cover the entire cage with the pet blanket.

Another method is to ensure their cage is large enough. If they’re sharing the space with another bird, then the size of their cage matters. It needs to be large enough to give each parakeet plenty of space. They may start fighting and squawking at one another otherwise.

Parakeets use noises to communicate. Sometimes they may be loud if they feel that they’re in danger or to gain the attention of a mate. Having the right bird cage can help alleviate the noise and ensure your parakeets live happy and healthy lives. Otherwise, you can have fun with your parakeet by teaching them how to use words. 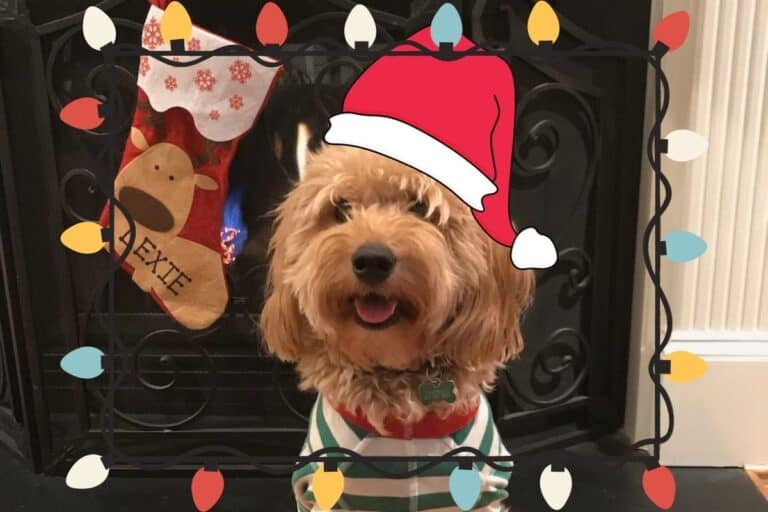 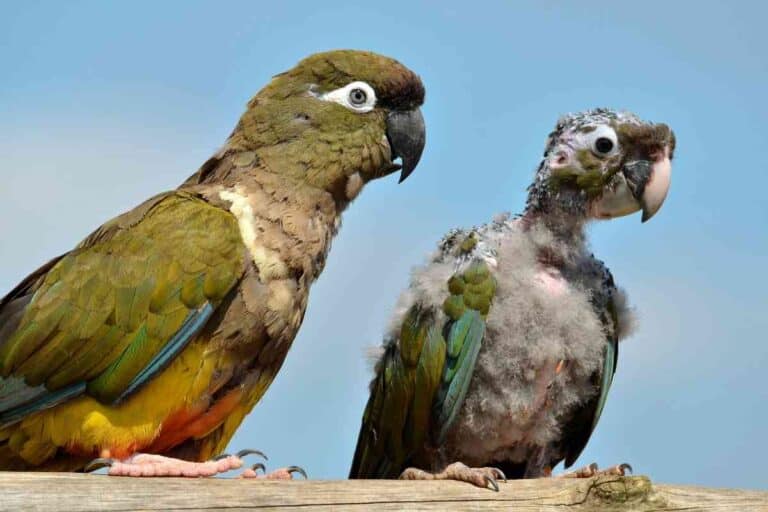 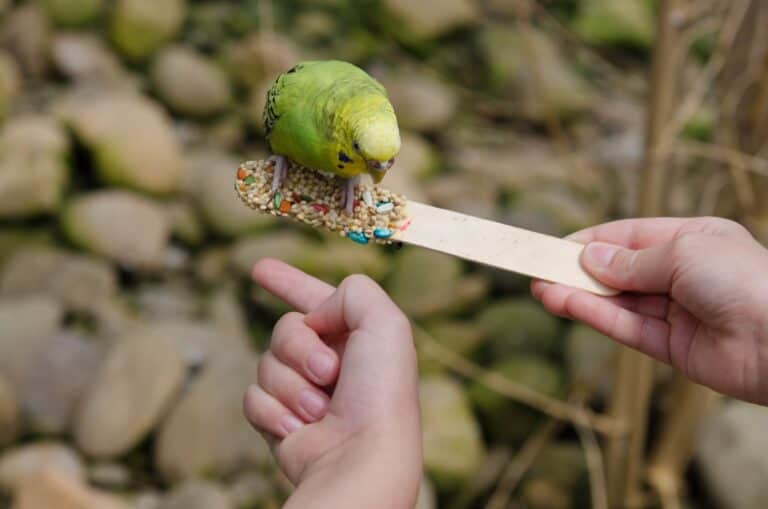 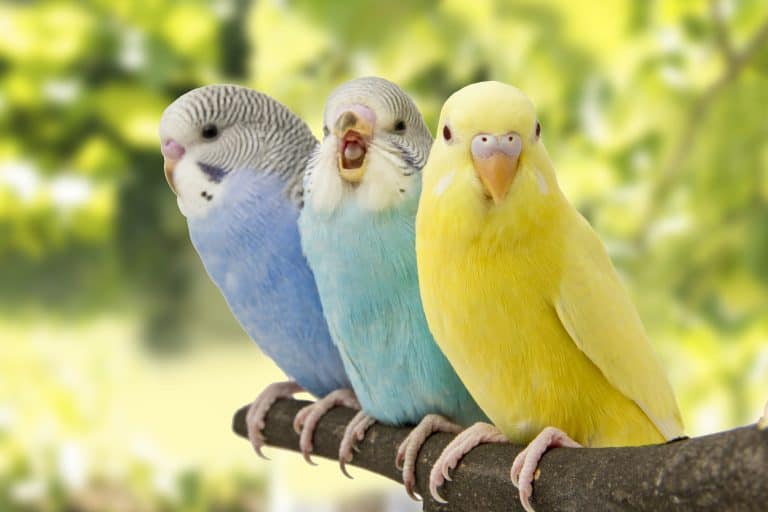