As I have become more interested and enchanted with the idea of buying a milk snake, I’ve conducted a little bit of research on what they need for food. This is the information that I found useful, and I would like to share it with you.

So, what do milk snakes eat? In the wild, milk snakes eat insects, small mammals (like mice), reptiles, and amphibians. In captivity, this breed of snake eats mainly pinky mice, full-sized mice, or baby rats, depending on the size of the snake.

Milk snakes are not a species that require over-the-top maintenance, but it important to know their eating necessities if you are or are planning on having one as a pet.

What Milk Snakes Eat in the Wild

If you are interested in the habits of a free and wild milk snake, they eat as often as they can effectively hunt. Milk snakes are not venomous – rather constrict their prey than poison. This mildly constricts (no pun intended) what their diet can consist of. If they can catch it and squeeze it, then they can eat it.

In nature, milk snakes when they are first born most often eat insects. When they do this, they must eat a lot for them to survive. However, when they are older, they are known for eating small mammals and reptiles such as skinks. They will also take the opportunity when given to eat eggs of other animals, birds, and small fish.

Still, for the most part, the diet of a milk snake consists of rodents. If it is a bigger snake, it will eat rats. Most milk snakes are not huge in length and will only eat something that they can fit their mouths around. However, snakes are known for biting off more than they can digest, which is something to be mindful of if you are raising your pet. It will make them sick.

Milk snakes often eat rodents because of their habitat. These creatures love to live in prairies or wooded areas where rodents are often found. This species also tend to live around farmlands and barns. If you have a milk snake near your house, they do not pose much harm and might actually be keeping the mice out of your house.

Milk snakes are often confused with coral snakes, which are a highly dangerous species. If you see one near your house, make sure it is not your friendly neighborhood milk snake.

Snakes have a notoriously slow digestive system, but when snakes are young, they need feedings more frequently. When they are newly hatched, they will need to be fed roughly 5 times a week. The frequency of when they are fed will go down over time, as they grow and their digestive system is more developed. This process will take about 2 years, so you have to be ready and watching over this 2-year span, gradually the frequency of feeding times.

When feeding your young snake, it is important to be prepared. Milk snakes are known to be a friendly and docile breed. When they are young, they can be prone to biting and nipping. Take care and make sure if you have an especially feisty snake to not children get too close. These bites are not lethal at all, but they can hurt.

As with all snakes, make sure the pinky mice are pre-killed and thawed before you give it to the hatchling. Especially when they are young, snakes may not be prepared to take on the fight that mice can put up and it is better to not put your pet at risk.

Along with food, make sure that your snake has water. Milk snakes like to play in water but make sure it will not be too hard for your pet to get in and out. Also, make sure that the water is on the cool side of the tank.

Smaller milk snake subspecies, like pale milk snakes, will eat pinky mice. The bigger the snake, the bigger its appetite will be. No matter what the size, these snakes require pre-killed, thawed rodents. To add in variety, you can also feed a pet milk snake a pre-killed baby chick on occasion. However, their diet should not consist of just fowl because it will not be enough for them to live off of. Always keep in mind that size and age will play a role in the diet of your pet.

An adult-sized snake will require less maintenance than that of a newborn. Adults will eat once about every 14 -16 days. Don’t worry if this seems like a long time to wait in between feedings, it’s how the digestive system works in these reptiles and how often they feed in nature.

Full-sized milk snakes – usually about 2 to 4 feet in length – should have a diet that mostly includes mice or small rats. When feeding your snake, the general rule is to never feed your snake something that is larger than the thickest part of its body. You don’t want to hurt your snake.

When you feed your snake you may be able to see the food slightly bulging, and that is okay. Make sure the snake has fresh water as this will help with the digestive process.

Occasionally mixing up the diet is okay and will make your snake want to eat. Imagine having the same thing for dinner every night; you might get tired of it after a while. It is okay to give your snake a small chick, or baby quail. Just remember that it must be pre-killed, thawed, and follow the same size restriction as rodents.

There are some who say that you should never feed your snake in its regular home. There is some debate. Some say if you feed it in its regular enclosure, it could lead to tank aggression. Others say if you move the snake, it may regurgitate its food or may think that when you remove the snake for a cleaning that it’s about to fed. If your mice are pre-killed however, most think that tank aggression will not be a problem.

There are also vitamins that you can put onto the mice, prior to you feeding them to your snake. This is something that is done to make sure that the milk snakes are getting all the nutrition they need, though it may not be necessary.

If your milk snake does not seem to be keeping up with its regular eating habits, there are a couple of alternatives other than sickness that could be going on.

Milk s will not want to eat if they “gravid” or are carrying their eggs. If you have a female snake that has recently been in contact with a male, this could be behind the lack of appetite. Another sign is that the female will have become more aggressive if this is the case.

Milk snakes can hibernate for about 3 months during the winter. During this time, they may not want to eat much. If it’s cold near where you live, this could be a reason why your snake has no appetite.

If your snake seems active or it’s not winter, it may be time to take your pet to the veterinarian’s office. Also, if your milk snake has not eaten in the last six weeks, seek vet attention. It may be hard to tell, but you’re always better off safe than sorry.

How soon after feeding my snake can I hold it? Your snake will take a long time to digest its food. Your snake could still regurgitate its food after a day. It’s best to wait at least 48 hours before handling your pet.

Are milk snakes dangerous? Milk snakes do not pose much threat due to the fact that they are not venomous and they are not likely to attack. They do more good than harm by hunting animals like rodents. 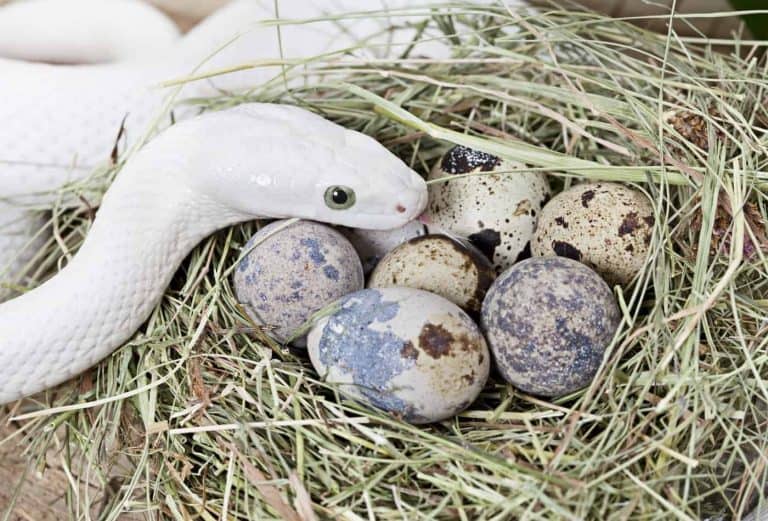 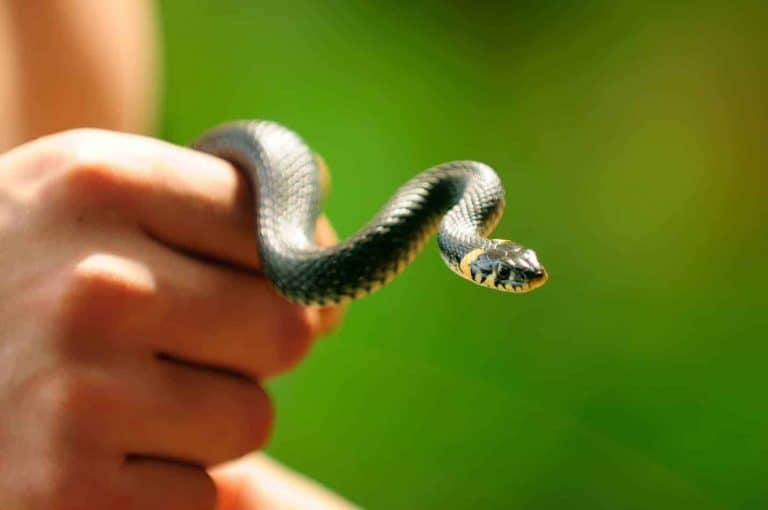 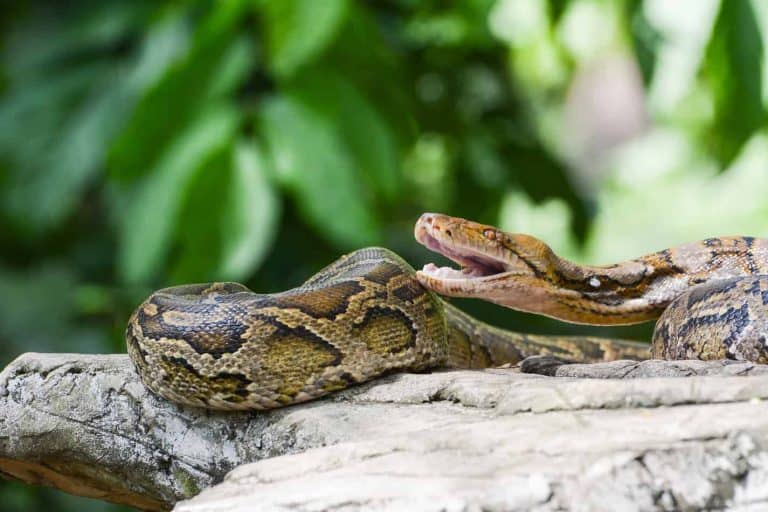 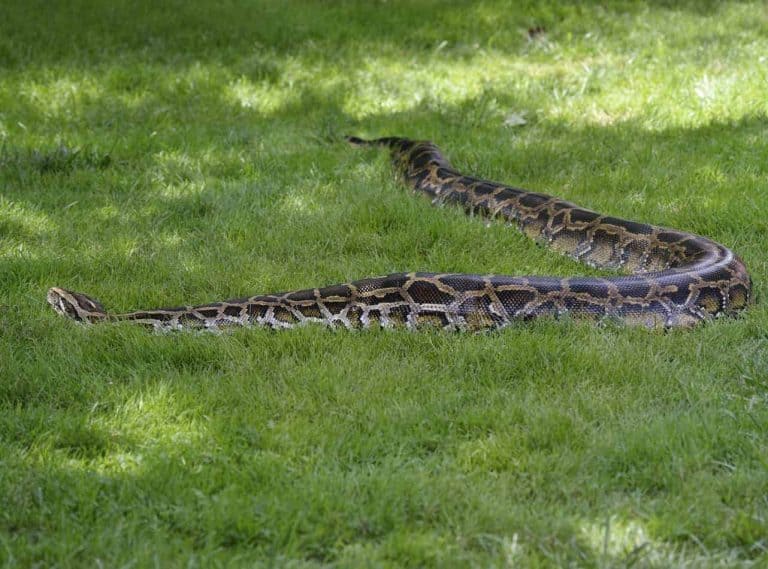 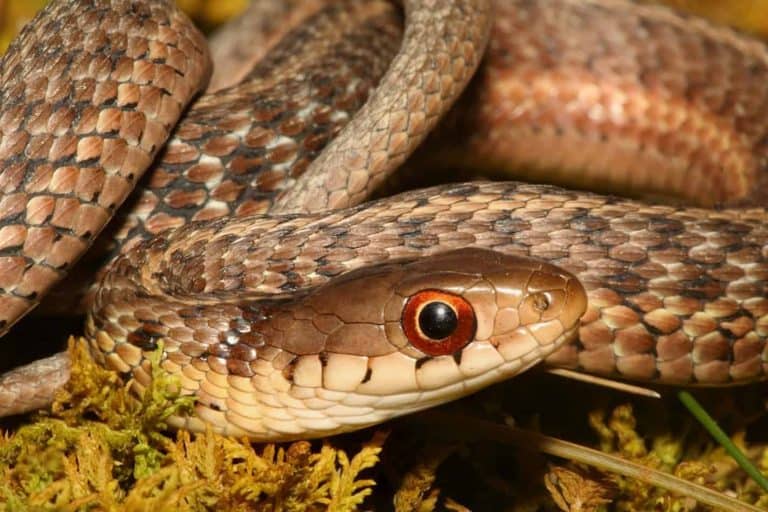 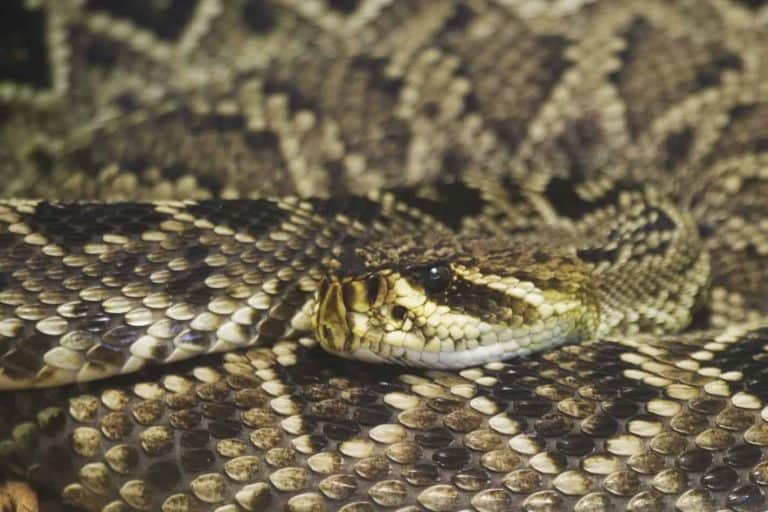