There is quite a learning curve when it comes to getting a Husky and learning what they do. Something that was surprising to me when I got my dog is how much he sleeps. A lot of owners ask the question of how much sleep a Husky should have, so I’d like to answer it for them.

How Much Sleep Should a Husky Have?

A Husky should get between 12 to 16 hours of sleep each day. They should get a full night’s sleep (8 – 10 hours) and additional naps throughout the day. Young pups and elderly dogs will need a little more sleep. Huskies’ sleep demands are due to biological needs.

Dogs sleep much more than people do, and Huskies especially need good rest. Things like their size, breed, and age all factor into how much sleep a Husky should get in a day.

The Amount of Sleep a Husky Should Have

The amount of sleep an adult Husky should get is about 14 hours, although a little less or a little more is okay.

This much sleep may seem unhealthy to human eyes, but it is really normal for dogs. Not only is it regular, but it is super important for a Husky to be well-rested.

If you are reading this, you can take comfort knowing that your snoozing pup is not lazy, it is just what is normal.

You probably hear a lot of stories of how Huskies are energy monsters, so it surprises a lot of people that Huskies sleep so frequently and for such a long period of time. At 14 hours of sleep a day, it seems like little-to-no time is spent actually being awake.

Huskies need a lot of sleep to keep up with their energy-filled waking hours.

The 10 or so hours that a Husky is up, he or she is very active. They will eat, run around, and be excellent companions.

After getting a consensus from a lot of other Husky owners, I can say that the exact amount of time that this breed sleeps really varies. Most owners say that their dogs only get around 12. Others say that they have Huskies who sleep up to 18 hours in one day.

Some people are gone for long periods of time, usually work, aren’t really sure how much sleep their Husky gets during the day. However, people who are at home often say that their dog takes 2 – 3 naps that are about an hour long.

This is the norm. When dogs sleep, it is usually not a deep rest like humans get. Huskies’ slumber is usually not deep, and they can be woken up very easily. Once awake, they are ready to play fetch again in no time.

Some dogs sleep for many hours of the day is because they don’t have anything else to do, or to keep them entertained.

Dogs who need to be kenneled for many hours while owners are at work will probably get more sleep. This is just one of the many things that determine how much your Husky sleeps.

Things That Change How Much Your Husky Should Be Sleeping

The length of time that a Husky should sleep really depends on numerous factors, so if you have an unusually sleepy dog, there could be a reason.

Some of the biggest factors that affect the amount of sleep that your Husky should get include:

All these things can contribute to how much your Husky should be sleeping. Most of these things are pretty similar to humans as well, which makes it a little be easier to understand.

Knowing these factors can help you help your Husky, by not keeping them up when they really should be snoozing and vice versa.

This video does a great job of explaining every reason why dogs (not just Huskies) sleep as much as they do and I highly recommend watching it.

The age of your Husky is one of the biggest things that contribute to the amount of sleep needed. This is also probably one of the factors that most closely resembles the needs of humans.

At both ends of the age spectrum, a Husky will sleep more than a totally healthy adult dog.

Young pups are going to need more sleep, much more than the average adult dog. Just like new babies need to take lots of naps and hardly does more than eat and sleep, Huskies are going to be sleeping most of the day.

This is in part because puppies get really hyper and active, and tucker themselves out really quickly. With a Husky pup, you should anticipate big bouts of energy followed by naps.

As your puppy grows to be an adult dog, they should begin to be more active and go for periods of times without napping.

Dogs who are considered seniors, usually around 9 – 10 years old, are going to sleep more than they would in their prime. There typically won’t be big boosts of energy, just a calm dog who needs to sleep frequently.

So, whether you have a brand new puppy or an older Husky, you can expect more like 16 – 18 hours of sleep a day. Now you know you don’t need to be concerned!

The activity level definitely contributes to the amount of sleep your Husky needs.

I hear the term “lazy dog” thrown around a lot, but it is really quite the opposite. Energetic dogs are going to require the most sleep.

Huskies are notoriously high-energy, which means that they need a ton of sleep! This may seem a little backward but after using up a lot of enthusiasm running and playing, it is just natural for a dog to become sleepy.

To play as much as these dogs do, there needs to be a lot of rest. So if you exercise your Husky a lot by going on runs, hikes, or long walks frequently, he or she will probably sleep more.

Just so you know, your Husky will probably want to nap after running or playing, so let her or him. After an hour or two of napping, he or she will be ready for whatever comes next.

Size and breed have everything to do with how much sleep your Husky needs. This all really ties into the activity level nicely too.

Bigger breeds usually require more sleep than small breeds. Since Huskies are on the medium to large sized dog scale, they will definitely need a bit more rest than dogs who are small.

If you are used to Pomeranian or a Pug, you will have to adjust to letting your Husky sleep a little bit more.

Sick dogs or dogs with conditions might need more sleep. If you know of a pre-existing condition, then this could be the reason your Husky is sleeping so much.

Medication that you put your dog on for his or her condition might lead to more sleeping as well. A lot of medication can make a dog drowsy. If you start a new medication and notice your dog sleeping more then it is probable that the medicine is causing the change.

This doesn’t mean that the meds are bad. There are a couple of times when oversleeping can become a sign that something else is wrong.

When To Be Concerned

Getting plenty of sleep for a Husky is usually a good sign, but there are some cases where it could indicate that there is something wrong.

If you notice the two things below, there might be some problems with your Huskies health.

Dogs should be alert when woken up because that is typical behavior. They should also get up after laying down pretty easily.

If you don’t know of any health issues and haven’t started any new medication a big switch in sleep might get your worried.

If you notice an extreme change in sleeping patterns, it is a good idea to talk to a vet to make sure that your Husky is in good health.

As always, it is always better to be safe than sorry.

Is it normal for a Husky puppy to sleep a lot?

A Husky puppy should get plenty of sleep; up to 18 hours a day is normal for a puppy. This includes a full nights rest as well as naps during the day. The amount of sleep should get down to about 14 – 16 hours a day as the Husky grows and ages.

Can Huskies sleep in the snow?

Huskies were originally bred to live outside and sleep in the snow in -30 degrees Fahrenheit. They can sleep in the snow, but SHOULD is a different question. If you have an “outdoor” Husky, make sure you provide him or her with some shelter. 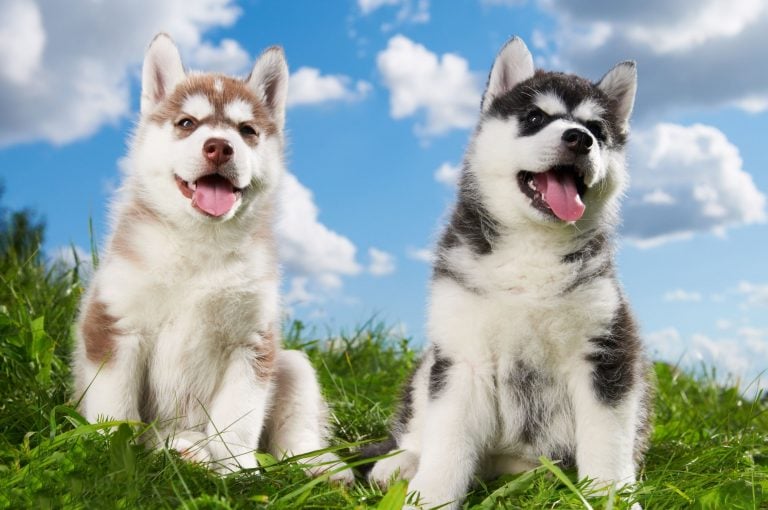 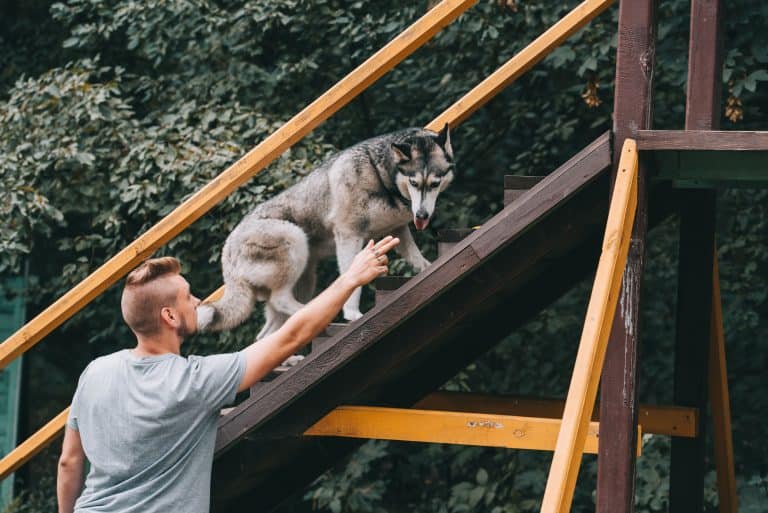 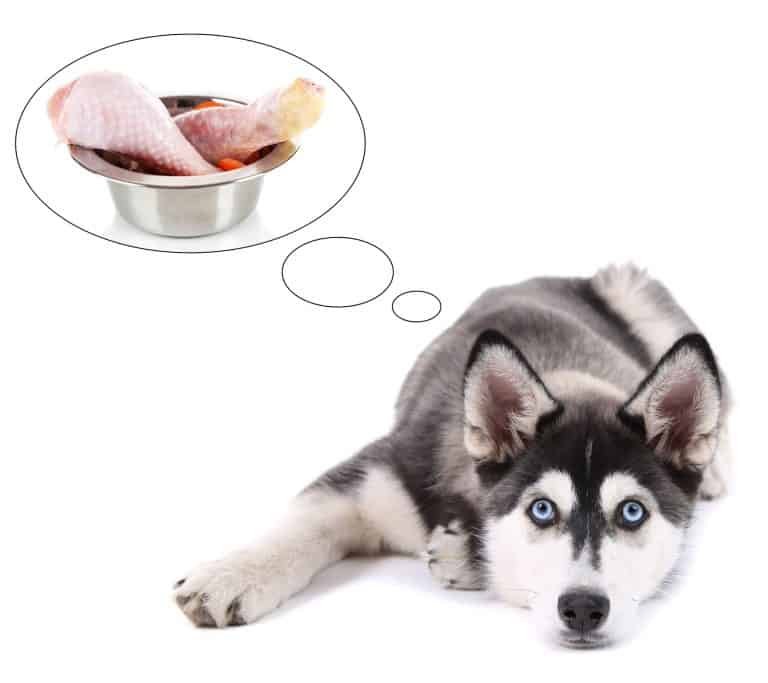 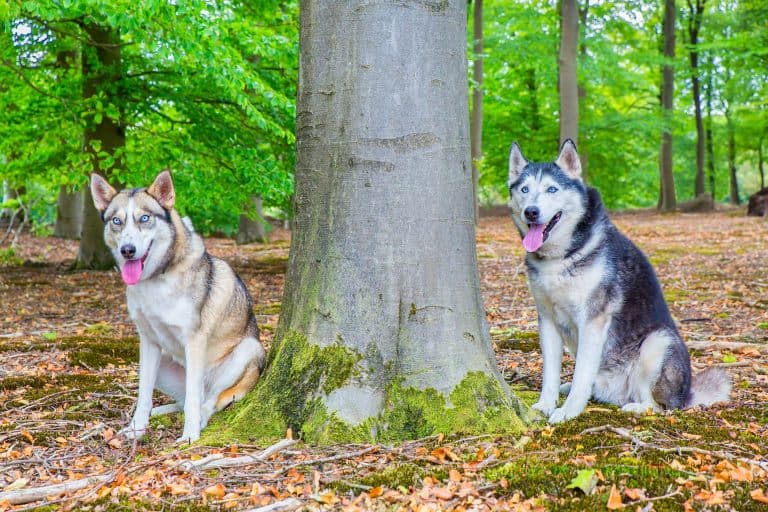