Sometimes it can seem like your pet is always sleeping. It can sometimes be hard for us to understand the benefit that animals get from sleep, and we may not understand how long they need to sleep.

How much sleep should a Beagle have? A Beagle should get between 10 to 12 hours of sleep every day. This amount may increase to 18 hours when the dog is younger, or if they were exceptionally active during the day. Beagles are active dogs, and the more energy they expend throughout the day, the longer they will need to sleep.

We aren’t really sure why dogs need to sleep so much. One theory is that dogs enter the REM cycle of sleep only about ten percent of the time that they are sleeping and therefore get less rest over any shorter period of time. By sleeping longer, they are able to reach the same amount of restfulness that we humans achieve in our average 7 to 9 hours of rest.

The Right Amount of Sleep for a Beagle

When looking at the sleep cycle of a dog, it is important to remember that they are not humans, which means they sleep in a different way than we do. While humans and Beagles both experience different cycles of sleep and both experience REM sleep, there is a shortage of differences between our sleep and theirs.

One big difference is the tendency that dogs have to sleep in bursts rather than monophasically as humans tend to. This means that beagles are more prone to take a lot of short power naps then to take one long stretch of sleep that is so characteristically associated with humans.

The reason for this may be, in part, due to their ancestral nature as predators. Beagles are still hunting dogs. They come from wolves (as all dog breeds do), which are heavily hunting-based predators and are most active at night when hunting becomes easier and the temperatures grow cooler.

Another reason they don’t sleep all night the way humans do may be that dogs have no ability to sweat. They pant instead, and because of this, they are much better suited for short bursts of intense activity followed by rest than extended hunting trips.

With these two concepts in mind, it’s not hard to understand how frequently that a Beagle sleeps, but why does it sleep so much?

When we go to sleep, there are multiple stages that we go through. The most important of the stages (which you’ve probably heard of before) is REM. REM, which stands for Rapid Eye Movement, is the cycle when we actually rest. In that time period, we actively dream and enter a stage of deep sleep where our body rejuvenates for the next day.

Your Beagle will likely sleep more the more active and larger it is. A highly active dog may need 16 to 18 hours of sleep. For Beagles, you can generally expect a schedule of 50% sleep, 30% lower or inactivity, and 20% high activity.

How to Get Your Beagle to Sleep at Night

For both the benefit of yourself and your Beagle, you will want to have your sleep schedules as synchronized as they can be. This is definitely possible.

Despite the more frequent naps of dogs, they will sit down for long lengths of time. Generally and over some time, Beagles will grow bored and will want to spend time with you, whether you are awake or sleeping. They will sometimes lie awake by their owners, just for the time they get to spend with you. The fact that you’re sleeping doesn’t bother them.

However, sometimes you still hear the scuffing of paws on the hardwood floor as your Beagle pup charges across the kitchen floor, entertaining itself and being noisy. What are you to do about it?

The number one way to establish a sleep schedule for anyone, including dogs, is to have a routine to follow. You may want to schedule the most important part of your dog’s day out for it and make those events consistent, so your pup will know when it’s time to sleep or time to play.

The first and probably easiest thing to regulate is meal time. You are already in control of when you are dishing out the dog bowl, so all you have to do is make sure that you are feeding them the same time each day.

It is also a good idea to regulate how fast your dog is eating. If you think they are eating too fast, you can find different food puzzles that will slow the mealtime process, which will help your beagle digest their meal.

This one is super important. If your dog is active when you are not, you are constantly going to be in conflict. Take your dog out on a walk, go play fetch, whatever you need to do to let your little buddy work those legs of his.

This is especially important for Beagles. They are hunting dogs, which means they have a lot of energy. Unfortunately, this means that even when it is not hunting season they will get active and you will have to find a way to entertain them.

Just set up a schedule for them and make sure the schedule works for you. You don’t want your dog bouncing all over you when you just want to sleep.

You’ll want to build this schedule for many reasons anyway, but it helps with having a solid sleep schedule if the first thing do is let them out to go to the bathroom.

Beagles are used to people, so much so that they can get separation anxiety. This fear may amount in a way that prevents their sleep. As such, a curt hello in the morning will hopefully mitigate this fear as they will learn that despite going to sleep, they will see you every morning.

Beagles can, unfortunately, face sleeping disorders just like humans. Similar to symptoms caused by lack of sleep in humans, not enough sleep for dogs leads to health problems and often results in inactivity and melancholy behavior.

Among the list of sleep disorders found in a dog (including beagles) are insomnia, sleep apnea, narcolepsy, and REM behavior disorder.

Not all of these conditions can be treated. However, it is suggested that if you find your dog is having trouble sleeping, you should bring them to a vet so they may advise in your dog’s given situation. For insomnia, a likely improvement to their sleep may come from a therapeutic bed.

Narcolepsy can be extremely dangerous in beagles, as it may result in loss of control or paralysis of certain body parts. The fear here is that when the dog is near a body of water, their body may freeze up. They may fall in and drown, so you will want to avoid water when you’re with a narcoleptic beagle.

Sleep apnea appears most often in the English bulldog breed and is usually caused by the dog being overweight. The prescription is often a weight loss diet of some kind for your pet.

Why do dogs dream with their eye open? Dogs developed the habit of keeping their eyes slightly open when they are dreaming to prevent harm from befalling them. Since dreaming happens in the deepest cycle of sleep, it is when the dog is at its weakest. They keep their eyes open to help them be warned if anything dangerous were to happen.

Can dogs sleepwalk? Dogs can sleepwalk, and this can be dangerous to them as sleepwalking can mean that they are not aware of what is going on around them. They could put themselves in a dangerous situation as a result of their sleepwalking habit. 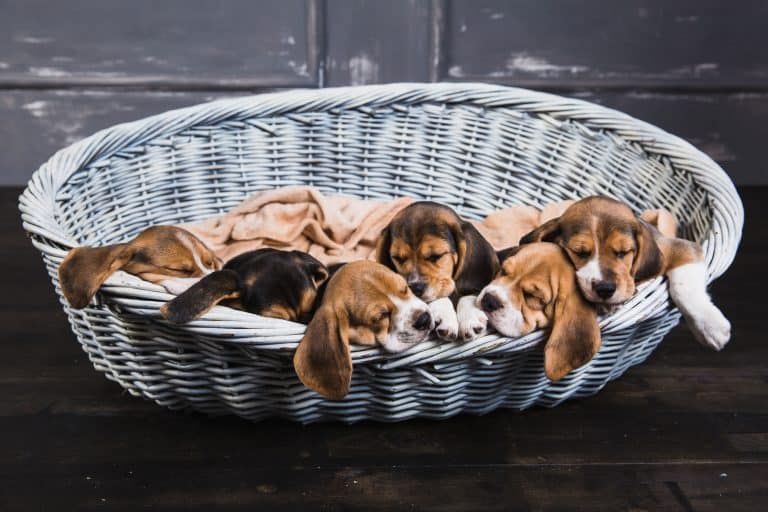 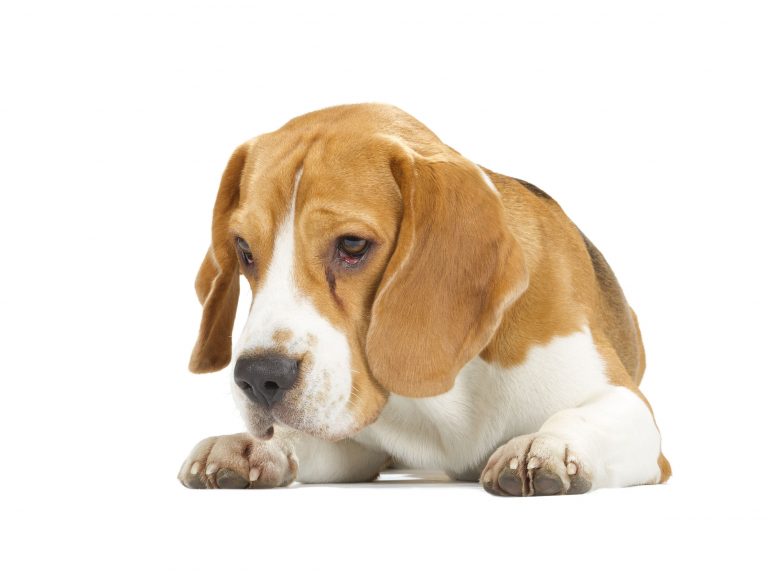 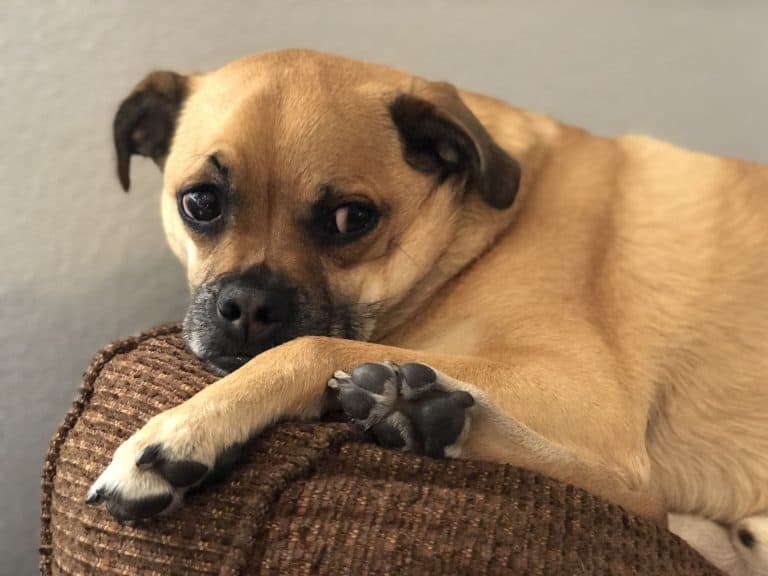 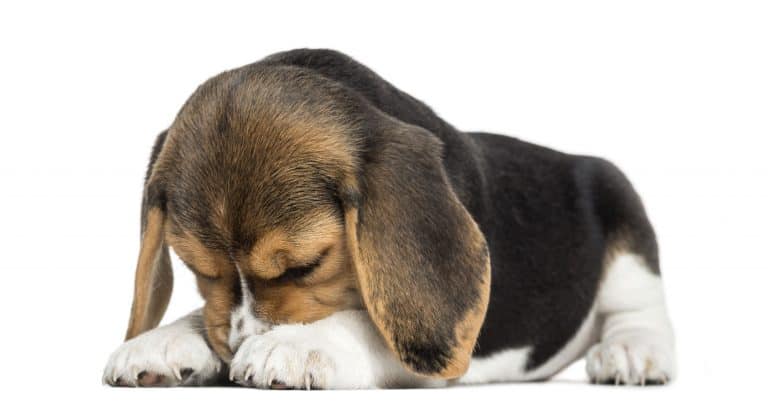 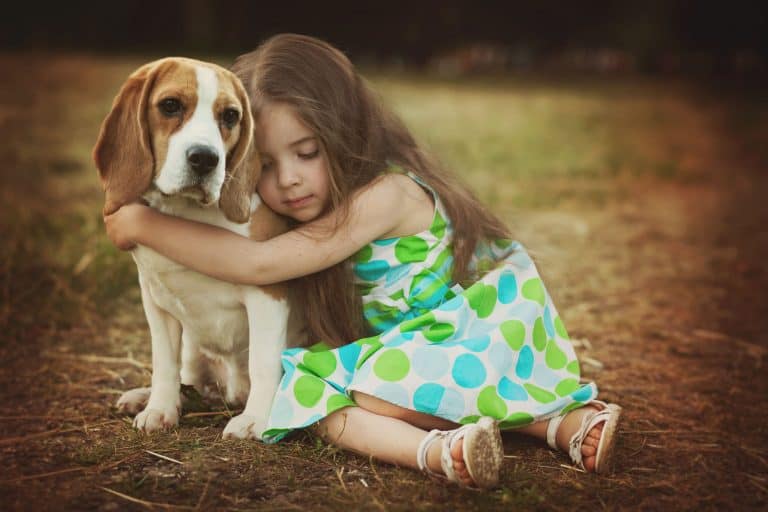