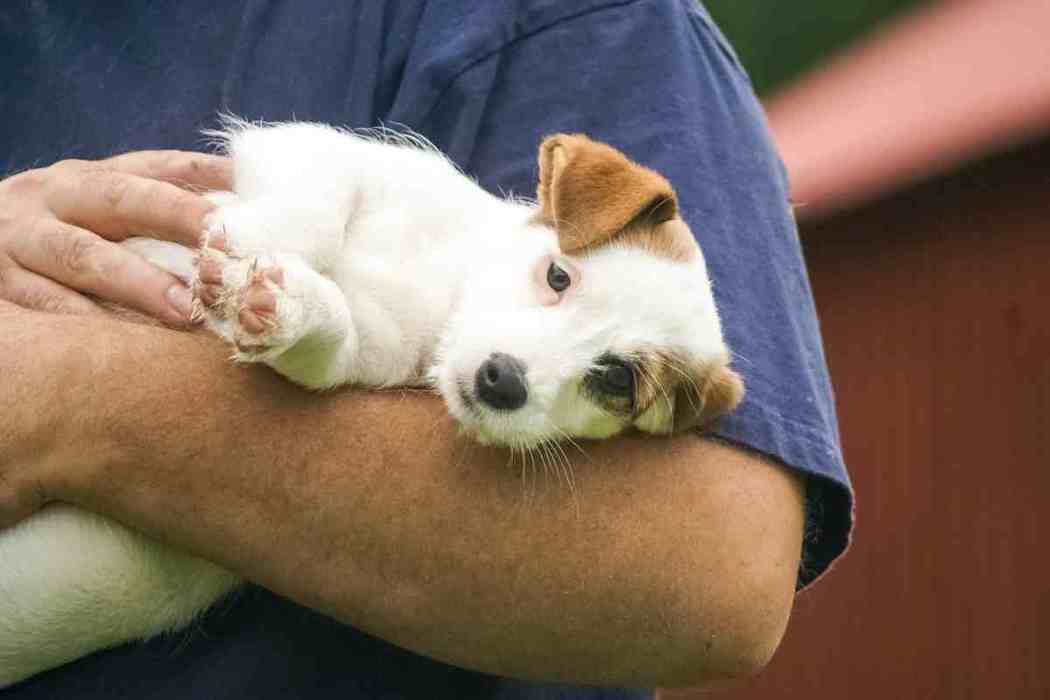 Jack Russells are small terriers that first existed in England more than two hundred years ago. Reverend John Russell created this particular breed because he wanted hunting companions, dogs that would work foxes.

Generally, most Jack Russell terriers are white and small-bodied, smooth, and have broken or rough coats. They can be any color, but people often mistake the other white and tan terriers with Jack Russells. This breed is broader, and its size typically lies with the 25 to 38 cm range.

Do you ever wonder why you always find pet parents of Jack Russells usually exhausted? Well, you shouldn’t be surprised because Jacks are an exceptionally energetic breed. They need an excessive amount of stimulation and exercise, but this is also a benefit for their health. Jacks usually have a stronger immune and stay free from any grim health concerns.

If you have adopted or are planning to adopt a Jack Russell, you may want to know if and how much will its compact body grow. In this article, I’m going to talk about the physical build of a Russell and how big you can expect it to grow.

It is important to note that not all the Jack Russell terriers will grow the same height or have identical personalities. On average, we expect every terrier to growing between ten to fifteen inches tall at their shoulder and weigh as much as thirteen or seventeen pounds as a mature adult.

The reason why you may find variations in their personalities and sizes is due to their breeding. You will also often find terriers of a mixed breed. Hence their characteristics will differ.

Many pet owners find the compact size of a Russell ideal for their needs and desires but what they don’t realize is that the small bodies have volcanic-like tendencies. However, we cannot deny the fact that Russells start out as compact and adorable and remain small and adorable even as adult dogs.

You can define your pet Russell as a full-grown dog at the age of six to eight months. But then again, this timeline varies with every Jack Russell since some of them may have the tendency to continue filling out till one year old.

This is also possible in part to the vigorous physical routine that the terriers demand. It not only promotes a healthy lifestyle but also quite a lot of muscle gain resultantly. In the event you have an eight to twelve months old Jack Russell, the following stats can pertain to its height and weight.

Your full-grown male Jack Russell will weigh between twelve to seventeen pounds and be ten to fifteen inches in height.

Your female Jack Russell terrier will weigh between twelve to seventeen pounds and be ten to fifteen inches tall as fully grown.

Once your puppy completes six months, you can expect it to weigh between nine to eleven pounds.

How Heavy Can You Expect Your Jack Russell to Get?

In general, we can expect any Jack Russell to reach approximately twelve to seventeen pounds by the time it reaches adulthood. Some terriers may stay on the lower side of the given range, while others may reach a higher limit in the range.

The weight depends on their exercise, diet, and muscle mass. However, you must note that this is an average range for the weight. We need to bear in mind that currently, there exists the mixed terrier breed and also the dull-bred typical Jack Russell breed. So the mixes will surely vary in weight and size specifics too.

Many pet parents are often unaware of some factors that have an impact on how much their Russell grows and how big they can expect it to become. Let’s look at some of those factors below:

Genetics is the most influential factor, not only in the case of Jack Russells but for every other dog too. If you wish to estimate the extent to which your Jack will grow, you need to pay attention to its source. If you got your pet from a local breeder close to your vicinity, you could request them to introduce you to the dog’s parents.

This will give you’re a fair idea of the maximum growth potential of your terrier.

Diet is not a defining factor, but it sure can have some impact. You see, a poor or nutrient-deficient diet will surely obstruct the growth of your Jack Russell. Your Jack is a highly active dog. Hence, it requires extra nutrition to meet its health demands.

A lack of nutrition will never benefit your dog, and so, it is best to always stick to reputable and reliable brands for your Russell’s food.

Jack Russell terriers are generally free of health problems, owing to their highly active and vigorous lifestyle. However, if your Russell is an exception and does have some chronic or other health problem, this could have a direct impact on its growth.

For this reason, even when you see your pet in optimal health, you must still never fail to arrange scheduled visits with a certified vet, at least in a year. This will also help you rest assured of your dog being in peak health.

Your dog’s muscle mass depends on how much exercise you give it to a large extent. Exercise or a lack thereof may not stunt your dog’s height, but it will impact the pet’s overall weight. You do know that this particular breed has broad chest bones and broad muscles. Consequently, they need regular exercise.

Being a hyper dog breed, not only do they release their pent up energy but also remain in optimal health with ample exercising.

Highlights of a Jack Russell

As a round-up, here are some highlights I want you to note that are pertinent to all Jack Russells:

Jack Russell terriers are small dogs, but it would be wrong to classify them as the smallest breed alive. There are other breeds that smaller than Russells too. However, our Jacks can be ideal family dogs if we train them, treat them, exercise, them, and feed them well. They’re the perfect option for those who love the lap-dog kinds but beware, a JR’s height and size is the only reason they fit these criteria.

Apart from their compact size, height and weight, Russells are highly energetic, keen, intuitive, and aggressive too. Only consistent training can tone them down to the extent where you get to pet them when they’re in a good mood. Rest assured, Jack Russells are a fine breed to adopt: you will never regret being a pet parent to an incredibly intellectual dog.