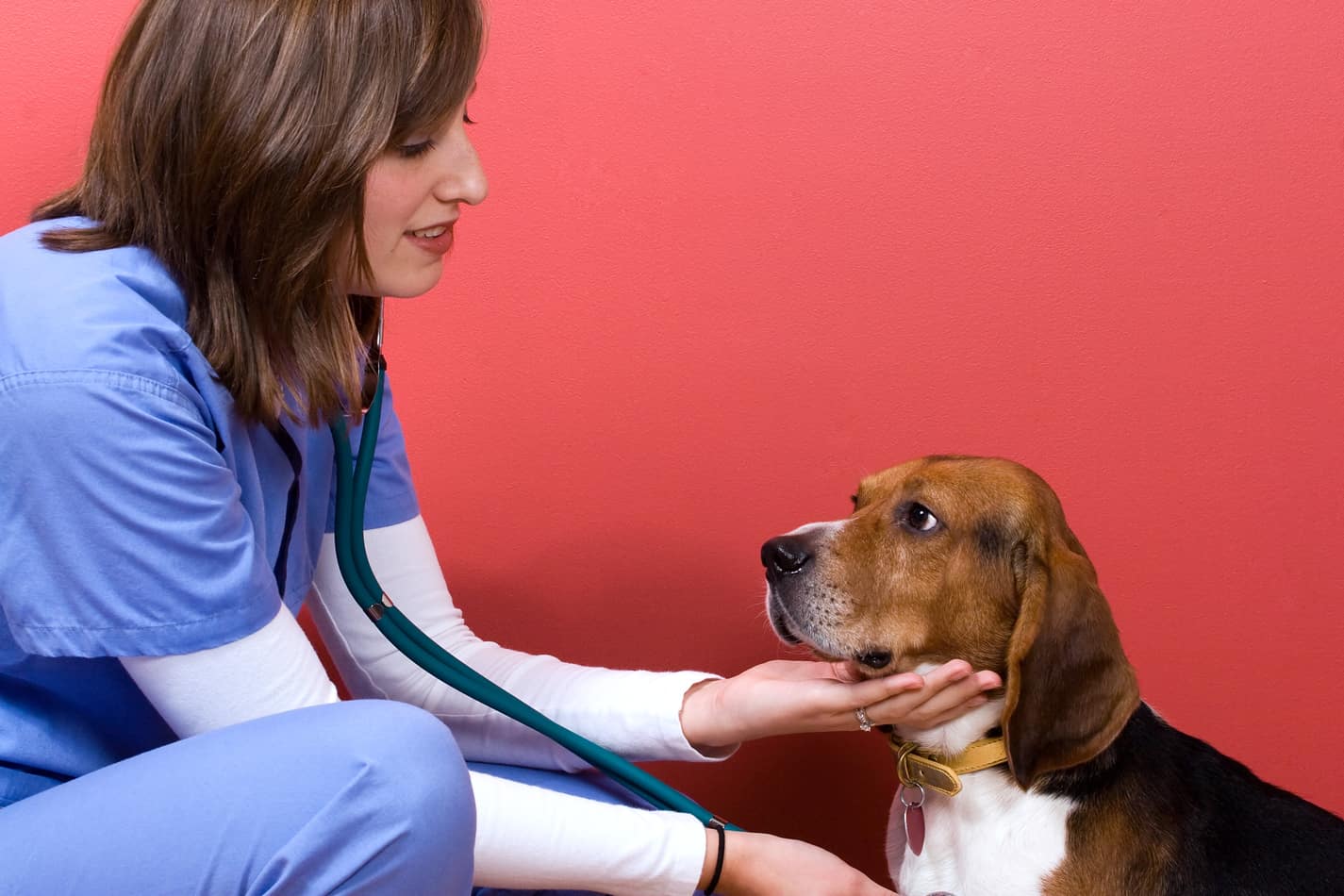 When to neuter a beagle can be a sensitive question and is one that many people do not know the questions to. So I decided to write this post so that every beagle owner present or future can know the best age to neuter their beagle.

Because beagles are small dogs it is suggested that getting them neutered earlier than bigger dogs. For , the best age to get them neutered is between 3-6 months of age, although, anytime before 6 months is fine.

There are a lot of benefits to neutering your beagle and normally the younger the beagle the higher the benefits. That being said if you plan on breeding your beagle or you would like to weight longer you can still have your beagle neutered no matter how old it is.

The Best Age to Neuter

Beagles are small dogs, that means that they are between 6-17 inches tall. Because of that, the recommended age for neutering and spaying from vets is 3-6 months. If you are familiar with dogs, this may seem like pretty young age. But, for beagles, it is just perfect. In fact, this timeline is given for multiple reasons.

For one thing, it helps with recovery time; the younger the dog the easier it is for them to bounce back. That is also why babies are circumcised over having it done as an adult.

But also it really helps beagles with their health, which a lot of people don’t know. And it helps with their temperament because we all know beagles can be a little crazy some times.

One of the reasons that vets recommend spaying and neutering dogs between 3 and 6 months is because of the benefits of shorter recovery time.

If the spaying and neutering are left until an older age it can take up to a month for the dog to recover, especially for females, and about a week or two for the beagle or dog to act normal again. If the female goes through her first heat it can be very painful for her to recover from her spaying.

That is why a younger age is recommended for neutering beagles and most small dogs. Getting them Neutered young will not negatively affect their health or stunt their growth.

Lots of people get their beagles and dogs neutered to avoid pregnancies and reproduction, but there are actually a lot of health benefits that come from beagles being both neutered and spayed young.

The leading cause of death in all beagles is cancer. Because of this, vets suggest early neutering and spaying for beagles. By doing so, they are and you are protecting your beloved pet, even though your dog may not see it that way for a couple of weeks.

The closest to 3 months old that you can neuter your beagle the better the chances that they will be protected from the cancers mentioned above.

If you neuter too earlier, your beagle may not have the chance to develop fully. It all has to do with hormones. When you are seriously considering neutering, it is best to talk with your vet first. Your vet will know your dog personally, therefore having a better idea of what he or she needs personally.

While it is sad, it still needs to be said; just because you neuter your beagle though doesn’t mean that they will be protected from all cancers. Just the few that have been listed above. It is still important to watch and do everything you can to take care of your beagle’s health.

One of the best results from spaying and neutering your beagles at a younger age is the fact that they develop less bad habits that come from being territorial.

One of the biggest reasons that beagles pee on everything is to mark their territory so that no unwanted males (or females if your beagle is a girl) will come into their territory and try and take over.

This is great and all in the wild but is not considered great when that beagle is living in your house and he has peed on your couch for the 15th time that week.

A dog that is not neutered can also show aggression towards other dogs because they feel territorial. This means that while on a walk they may try and break free and attack a passing dog. This case happens a lot when the other dog is not neutered as well.

Not having your beagle neutered young can also cause them to be noisier than normal. Don’t get me wrong, your beagle may still bark and howl even if you decide to have him neutered, but it will be limited if you get him neutered sooner.

If you get your beagle neutered in-between 3 and 6 months the chances of him developing the bad territorial habits is less likely so your couch and your sleep will be saved.

One of the pluses to having your dog neutered young is that they say the dog will become calmer, no matter the breed. This can be a nice benefit to go along with not worrying about having a litter of puppies on your hand and not having to worry about aggression.

Plus, your beagle will have less of an urge to run away because their sex hormones won’t be influencing them. So neutering can have some very positive effects on the habits of your beagle.

What Happens When My Beagle is Neutered?

Neutering is when a male dog is taken to the vet and his testicles and the structures that are associated with the testicles are removed so that the male is no longer able to reproduce.

Another word for neutering is castration. The vet will put the beagle under anesthesia during the procedure and your dog won’t feel anything. After the it will take about a week or two for the incision to heal.

Although, it can take up to a month for the incisions and everything to heal. Normally when beagles are neutered young by the end of the day they are neutered you can’t even tell they went through surgery with the energy they have.

You will need to keep your eye out for your beagle pup during his/her healing process. Licking the wound can be harmful.

In the end, your beagle will be better off and safe from many types of cancer. If you are not planning on breeding your beagle than try to get neutering/spaying done early on.

link to Why Do Bichons Whine So Much?

The Bichon Frise is an adorable, fluffy little dog that is known for being very sensitive and having excellent communication with their people. Unfortunately, some people notice that they can tend to...

Continue Reading
link to Do Bichon Frises Sleep a Lot?

You may know that the Bichon Frise isn't the most high-energy breed out there, but how much do they actually sleep, and will their sleep patterns match yours?  Do Bichon Frises Sleep a...