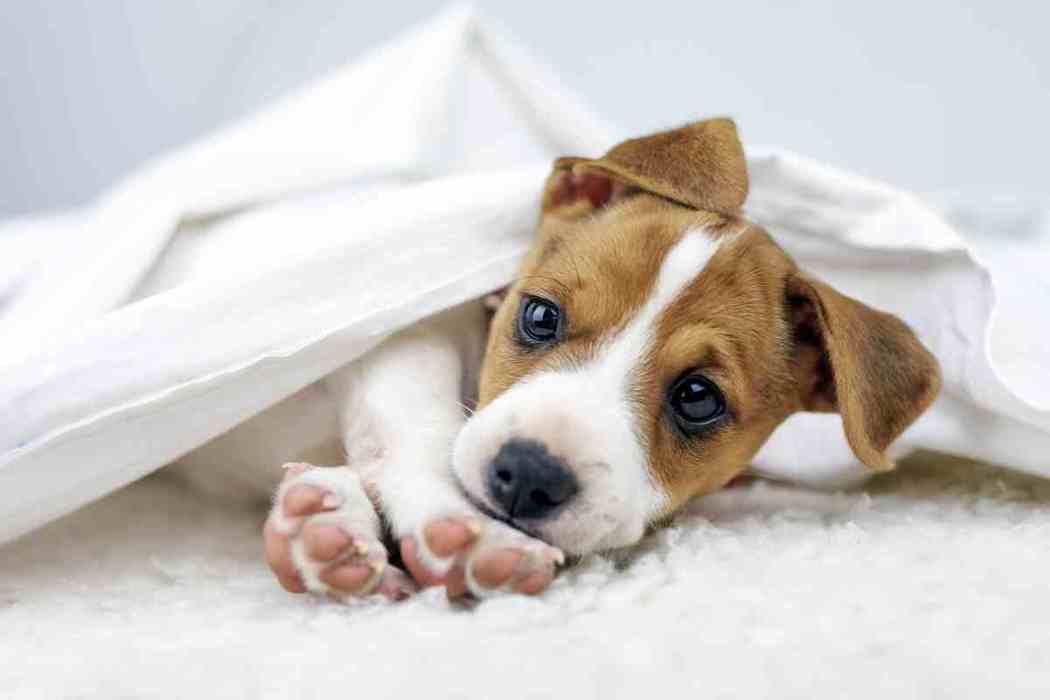 Almost everybody loves getting an active, fit dog in their household. Not only are most dogs fun to be around, but they can also come in handy for security. This is especially true for the Jack Russell bread because of its active and dominant nature. But the question remains, can you get cozy with a Jack Russel terrier because of its traits?

For those who don’t know, this dog breed is quite independent in nature. In addition, Jack Russells are incredibly energetic and love moving around. It is a major reason why many aspiring dog owners wonder whether Jack Russells can be affectionate and cuddly. Well, let us find out!

Can Jack Russells Be Affectionate?

Keeping this breed’s exuberant attitude aside, Jack Russell terriers can be quite affectionate. Some are already cuddly to begin with, while others take time to adjust.

When giving the right amount of respect, treatment, and care, a Jack Russell terrier can prove to be your best friend and will show no hesitation resting on your lap.

That said, these dogs can get hostile towards children and pets, especially if they are smaller. Therefore, it would be best if you remained cautious and took precautions before exposing your Jack Russell to children.

These dogs can be incredibly loyal and affectionate for you and your family if you remained committed to training and socializing it regularly.

Once again, it is important to remember that these dogs are immensely energetic and independent, as they are working dogs by nature. Therefore, you must remain consistent with your dog’s mental and physical requirements to attain its affection, making sure it doesn’t hesitate when resting on your lap or giving your cuddles.

If you don’t show your Jack Russell terrier the respect and commitment it expects from you, it may act hostile and become hard to train.

Initially, people bred this breed of dogs for chasing foxes away from their burrows and dens, a major reason why people refer to them as “working dogs.” It is also the reason why people tend to hesitate when choosing a Jack Russel terrier as a lap dog.

In reality, JRTs are more than mere working dogs. As mentioned earlier, they can be quite affectionate if trained right.

Let us eliminate some common myths regarding Jack Russel terriers, giving you a clear insight about what these energetic little dogs are all about.

Myth no.1: JRTs are Can Only Adapt to Farm Life

This is arguably the most popular myth about Jack Russel terriers, but it simply is not true.  People say this because farms are more open and give these energetic little dogs a lot of room to play.

This doesn’t mean that your terrier cannot play around inside your house. Taking it for a lengthy brisk walk or a game of catch is a great way to expend your dog’s energy, making sure it doesn’t feel restless in your lap.

So yes, all you need to do is ensure your Jack Russel gets a good amount of exercise, and it will welcome your cuddles without any hesitation.

Myth no.2: A Jack Russell Terrier will destroy your Garden

Unfortunately, this one is not a myth. Ask any JRT owner and they will tell you how much their pet loves digging around in their front lawn. However, that shouldn’t discourage you from adopting this breed.

As discussed earlier, people bred this creature to chase foxes and other animals. Therefore, digging holes is in a JRTs nature and there is very little you can do to prevent it.

However, there is a solution to keep your flowers and vegetables safe. You can create a separate outdoor portion dedicated for your Jack Russell, providing it adequate room for digging.

Sure, you will need to train your pet to do its digging elsewhere, but it will prove to be worth it. Why? Because the delight of owning a jack terrier greatly outweighs the inconvenience of training it.

Myth no. 3: JRTs can be Quite Vicious

Jack Russel terriers are protective dogs and will guard you if they think you are in trouble. Contrary to popular belief, these dogs will never bite you unless you provoke them.

In most cases, they tend to chastise their owners with long growls to show disapproval. That said, Jack Russell terriers can be quite nasty with other dogs no matter how big or small they are.

Therefore, it is important to be confident in your ability to control and manage this canine breed. With the right amount of training, education and socialization, you will earn your Jack Russel terrier’s respect, making it an affectionate lap dog for your family.

Myth no. 4: Jack Russell Terriers Bark too much

Once again, there is some truth to this myth but people often tend to over exaggerate it. A Jack Russell terrier will only yap or bark if it sees or hears something that could cause trouble.

There is always a reason behind this dog breed’s bark. JRTs also tend to bark if you do not give them enough attention. The good news is that addressing this issue is easy, as all you need to do is show your pet some affection by playing with it, giving treats, or simply taking it for a long walk.

As Affectionate as Other Pets

Many people complain that Jack Russells don’t love their owners as much as other dog breeds.  In most cases, the people who make these claims get untrained Jack Russell terriers or don’t spend enough time with them.

Yes it is true, JRTs require time to train but once you make them understand their limits and boundaries with affection, they will display the same level of affection that other animals do, if not more.

Does your Jack Russell not show affection? Does it seem distant and disconnected most of the time? If the answer is yes, there is a huge chance that it wants more interaction. Addressing this problem is quite straightforward, albeit a little time consuming.

Remember, your JRT might not rest on your lap as comfortably as you initially expected. In fact, some of them even become hostile. When adopting this breed, make sure you ask its previous owners the right question. Find out their personality traits, how affectionate they are, their likes, dislikes, etc.

With enough effort, dedication, and most importantly consistency, your Jack Russell terrier will turn a corner and become a loving, affectionate dog.

Brimming with Affection and Loyalty

Jack Russells are loyal, mild and loving dogs. Their powerful will may tend to feel overwhelming in some cases, but all in all, having this breed as a lap dog would be a great idea, as long as you are willing to train it. Make sure your JRT knows its boundaries and once you establish this, training this breed will not be as difficult.

What’s most impressive about getting a Jack Russell terrier as a lap dog is that it is not a restless eater, a major reason why it often lives longer than other breeds. In fact, some even have life spans that go beyond two decades.

Also, you need to remain consistent with your rule to ensure your dog remains loyal and affectionate. Not giving it proper care and attention could make it hostile, creating a lot of problems down the line.

Luckily, winning a JRTs loyalty is relatively simple, as all you need to do is provide it with a decent living environment and give it attention.

There has been a lot of talk about Jack Russel terriers not being safe lap dogs for children. There is some truth to this, but it doesn’t mean that you cannot train your JRT to be friendly towards kids.

Children, especially below the age of 10 are quite playful and mischievous. They like to tease pets, which could be quite dangerous with a Jack Russell in the house.

In cases like these you must actively monitor your children and pet, and disapprove anything that could lead to problems. Since kids and terriers have a lot of energy, keeping them in check at all times could be tedious.

However, your dedication will pay off, making your Jack Russel a friendly, loving lapdog for yourself and your children. Consider training your JRT as a puppy, teaching it constructive and gentle ways to interact and play to make sure their presence is not a danger for your children and pets.