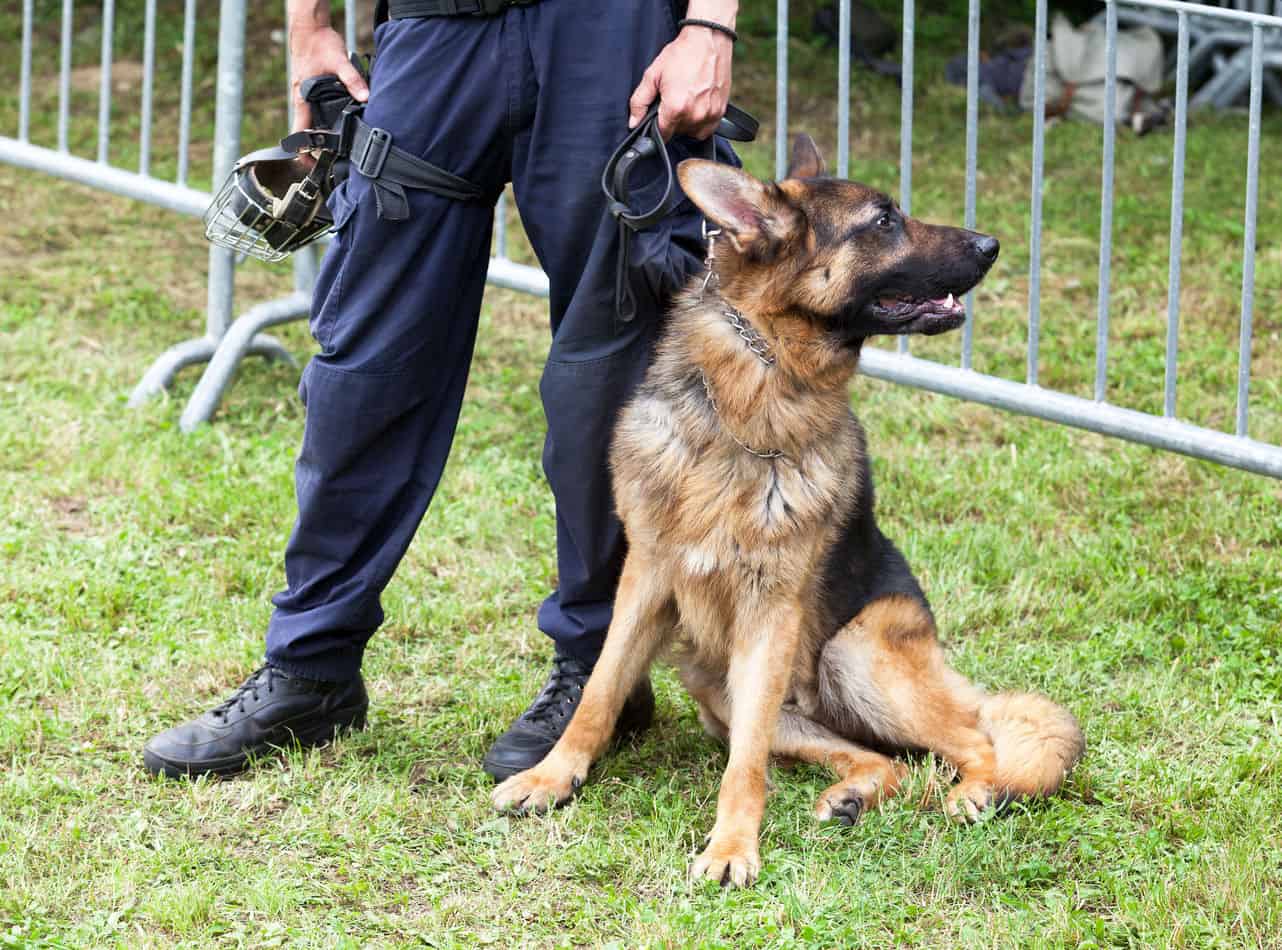 I want a German Shepherd when I’m able to have a dog of my own someday. But first, I want to know if German Shepherds are easy to train. I decided to do some research to find out.

So, are German Shepherds easy to train? German Shepherds are intelligent dogs, so they can be easy to train. They are known to be one of the better breeds when it comes to training. However, each dog is an individual so differences can occur, and some may be bred to be better at specific tasks than others.

German Shepherds are good dogs for many reasons. Throughout this article, some of those are mentioned, as well as tips and tricks when it comes to training your own German Shepherd.

Why Are German Shepherds Easier to Train?

German Shepherds have a long history of being used as herd dogs, guard dogs, and, in more modern times, police dogs, drug dogs, and even firefighting dogs. Why is this?

German Shepherds originated in Germany, as their name indicates. They originated around the late 19th century and were used specifically as herd dogs, watching over livestock. A job as a herd dog requires determination, a strong work ethic, and a high level of alertness. They needed to gather livestock in a specific way, and were to keep watch for threats. This means they were bred with the ability to listen, see threats or problems, and to react quickly.

These dogs also have a lot of energy. They had to be able to run at high speeds and keep up with the herds. They are able to focus on their tasks and have a desire to excel.

German Shepherds need attention, stimulation, and a way to expel their energy. They are good at following simple commands and attach themselves to their owners and so want to please them and do well. They’ve been bred to be protective and obedient, and this transfers well into their training.

It’s no wonder so many German Shepherds are used in police, fire, and other forces that require a dog to aid them. With their history, these dogs are perfectly capable going through the rigorous training these jobs may demand. That also means that for a family, German Shepherds can be trained to be obedient and follow household rules fairly easy as well.

So, with all of that great background, what is the best way to train a German Shepherd? There are a few ways to go about it.

How to Train A Puppy

The best time to train a German Shepherd is when it is very young. When these dogs are trained as puppies, it’s much easier for them to carry the habits that they learn into adulthood. This is the same way it is with people; the habits we learn as kids can be a lot harder to break once we get older, so it’s best to start off on the right foot at a younger age.

Around eight weeks old is the recommended age to begin training a German Shepherd puppy.

Steps to train a German Shepherd puppy are as follows:

How to Train an Adult German Shepherd

While it is recommended to train your German Shepherd when it is a puppy, that’s not always possible. Perhaps you got your dog as an older dog, or perhaps you never trained it as a puppy. Whatever the reason, it’s still possible to train an adult German Shepherd, but it may be a bit more difficult. With persistence, however, you can still succeed.

Here are some tips to help get you started:

Common Mistakes Made While Training

Most people who train a German Shepherd have good intentions, but they may not always know much about training dogs, and so can be prone to making mistakes. Here are a few mistakes to be aware of, and ways to avoid them.

Using a Forceful or Violent Approach

Some people may think that being the alpha means being aggressive, and they might yell at or react violently to their dog when it messes up or doesn’t obey commands. This is a poor way to train German Shepherds.

German Shepherds do not react well to violence and aggression and so can be known to act out in response. This is often in self-defense and ultimately will destroy the trust you have with your dog. Instead of violence or aggression, remember to stay cool, calm, and confident. You can be firm without inciting fear.

Positive reinforcement and kindness is best with German Shepherds. This will build love and trust, and will create a better experience for all involved.

Not Being Consistent or Repetitive

If you use different methods to train your German Shepherd the same thing, it will likely get confused. Using the same commands and actions is best in order to avoid that.

When a dog successfully obeys a command once, you shouldn’t stop there. Repetition is vital to really help your dog understand what it’s supposed to do. Repeat tricks several times, and over several sessions so that it can really understand what things mean and what you’re asking it to do.

Sometimes multiple members of a family want to train the dog, but they will use different methods and not be repetitious. There are two ways to solve this. You can make a rule that only one person is training the dog in order to avoid confusion. You can also sit down with the family before training and establish your method and schedule so that everyone is on the same page.

It’s still good to have one person take charge, but involving everyone can be a good family activity, so long as everyone is consistent and don’t confuse your dog.

Not Socializing your German Shepherd

This was mentioned earlier, but it is super important to remember. Sometimes a new dog can be exciting, and you want to spend time with it at home, and you can forget to take it out and about with you. This can lead to aggression with strangers and other dogs later in it’s life. That won’t be good when your German Shepherd is fully grown, as it can scare a lot of people.

Be sure to take your dog out and introduce it to many new people as early and as often as you can. This will help you avoid many problems later once your dog gets older.

German Shepherds are highly intelligent dogs, and so they can be easy to train. It’s vital to remember, however, that easy doesn’t mean that you have a few sessions and you come out with a perfect dog. It simply means that your dog will pick things up fairly quickly compared to other breeds and that it is willing to obey.

Training a German Shepherd still takes time, patience, and effort. When considering getting one, think about your lifestyle and if it will be able to support the work it takes to train one.

If you’re willing to put in the work, a German Shepherd can be a great addition to your home. You’ll have a loyal, energetic companion that can bring a lot of joy into your life.

Is a German Shepherd a good family dog? German Shepherds are excellent family dogs if they’ve been trained properly. This is because they are loyal, protective, and energetic. They are intelligent, calm, and caring, and so can be great for almost any family dynamic.

Do German Shepherds need a lot of exercise? German Shepherds are known to be energetic and intelligent. This means they need to exercise their body and mind a lot. Around 2 hours of physical activity a day is a recommended amount, and keeping its mind busy with new activities or tricks can be beneficial. 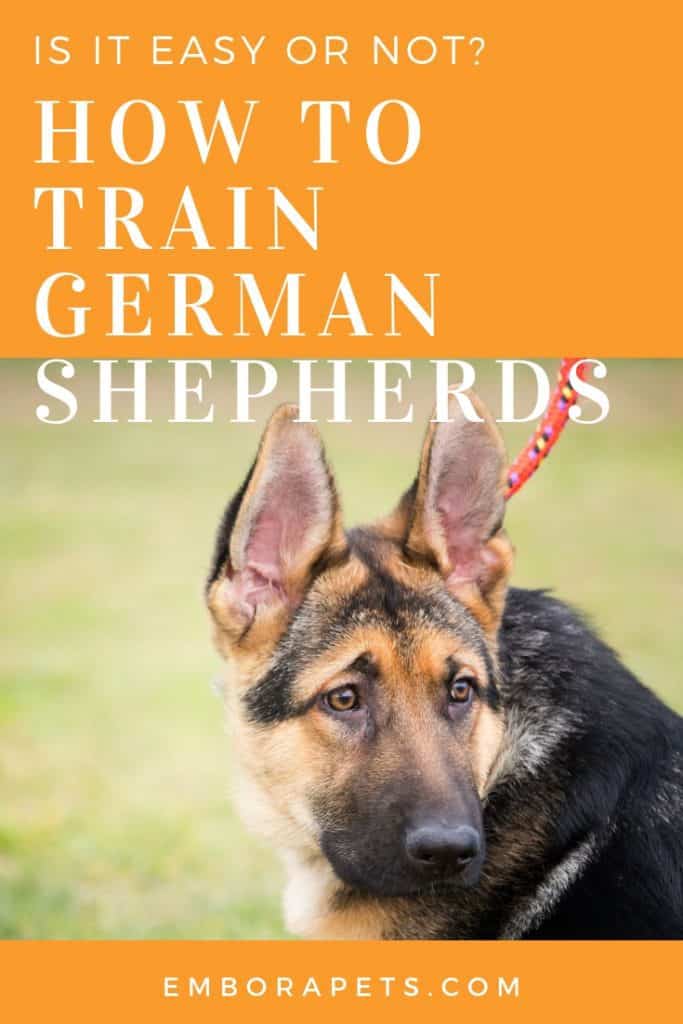 The Bichon Frise is certainly cute, but is it cuddly as well? You will probably be glad to know that this breed does tend to be very cuddly, especially if you provide the right training throughout...

Continue Reading
link to When Does a Bichon Frise’s Hair go Curly?

A Bichon Frise is a charming little dog with a snow-white coat that is incredibly fluffy. Paired with the large, dark eyes, the fluffy, curly coat is an absolute showstopper. If you've been wondering...