It’s hard to imagine a breed that looks less aggressive than the Bichon Frise. These are small dogs, only weighing around 10 lb. Their cottony, fluffy coat makes them look more like teddy bears than real animals. However, a dog’s appearance is no guarantee of behavior.

Are Bichons aggressive? Bichons are typically not at all aggressive towards people or other animals. Throughout their history, they have been companions and entertainers. Most do not have much of a natural guarding instinct or prey drive.

How Aggressive Are Bichon Frises?

Just because a Bichon Frise looks like a teddy bear doesn’t mean that they will necessarily act like one. Thankfully, when it comes to the Bichon, the appearance is not really deceiving at all. Bichons tend not to be at all aggressive.

The Bichon Frise has been charming people for a very long time. They have been charming people since they developed in small villages, from the sailors who brought them across the world, to the royalty that gave Bichons a spot on the laps of luxury, to the common people who adored them as companions and as street performers.

Nowhere in their long history of charming people has the Bichon Frise had any reason to develop aggression. This is not a breed that has ever had to protect its people, livestock, or property. It may often have been good for Bichon Frises to alert people to the presence of potential danger, but alerting is about as far as it was likely to go.

Gregarious With Other Animals

While Bichon Frises likely did some ratting as island dogs and pets of common people, they were not bred to be particularly dedicated to hunting rats. In general, Bichon Frises tend to get along very well with other dogs and other animals of all kinds.

This is a breed that may well get along with chickens, rabbits, and livestock as well as other dogs and cats when properly socialized. A typical Bichon is a very loving and outgoing dog that enjoys all sorts of different company.

Just because Bichon Frises are not prone to aggression does not mean that your Bichon Frise will never show it. Depending on how your dog is raised, what they are exposed to, and what happens throughout their life, there are some occasions when a Bichon Frise may be more likely to show aggression:

If They Are Unsocialized

Like any dog, a Bichon Frise that has not been socialized to a wide variety of different people and animals as a puppy will be more likely to show aggression as an adult. Typically, aggression that comes from a lack of socialization is based in fear.

Since a dog does not have positive experiences with a given people or animal group when they are young, they may fear those groups when they are an adult. Even though Bichons tend to be very outgoing and gregarious dogs, it is still important that they are regularly socialized with all sorts of different people and animals.

Just because you may see something as being similar doesn’t mean your dog will. If your Bichon has been around older children may be afraid of and show aggression to younger children.

A Bichon that has only been socialized around other small dogs may show aggression to large breed dogs. Socialization needs to be thorough, covering every type of animal and person that your dog might meet.

It is essential that you socialize your Bichon Frise with lots of people and animals to avoid them developing aggression, but unfortunately, sometimes the process of socializing can lead to a bad experience that may actually cause aggression in your dog. Helping your Bichon Frise through puppyhood and adolescence is a balancing act of providing them with lots of experiences while also making sure that those experiences are positive.

Dogs go through two fear periods, one at around 10 weeks and another at around nine months, during which they are more likely to be afraid and very susceptible to bad experiences. It is always important to protect your Bichon Frise from negative experiences, but it may be especially important during the fear periods.

Negative interactions with a certain type of person, dog, or other animals can affect Bichons throughout life. If your dog is scared or traumatized by a big man with a beard, they may always show fear of big men with beards or they may generalize the fear to men in general.

A bad experience that causes fear can cause a Bichon Frise to react aggressively. Like most animals, dogs react to fear with one of two reactions: fight or flight. Dogs that have not usually had to protect their people, such as the Bichon, will usually respond fearfully, not with aggression, but some dogs may respond to fearful situations by behaving aggressively.

A fearful dog that is trying to escape may respond aggressively if it feels itself to be cornered. If you have adopted a Bichon Frise and they show aggression, particularly to certain types of stimulus, people, or other animals, it may be likely that your dog has had a bad experience.

It doesn’t necessarily mean that your Bichon has been abused. Even experience that seems relatively mild to us, like a very loud spoken friend, could cause a Bichon to respond with long-lasting fearfulness

If They Are In Pain

Bichon Frises are typically loving and non-aggressive, but a dog in pain is likely to respond very differently than they normally would. If your Bichon Frise has typically been very sweet and always enjoy being handled and picked up, but now they respond aggressively to handling, it may be that the change in behavior is caused by pain.

Like many small, fluffy dogs, Bichon Frise can be prone to bladder stones. A dog with bladder stones will likely experience pain if you put pressure on their stomach, which may cause them to lash out aggressively. If your Bichon is showing these signs of potential pain, it is essential to have them looked at by a veterinarian right away.

Your Bichon really doesn’t have any way of telling you that they are in pain other than growling or snapping, so this sort of sudden aggression may actually be a cry for help.

How To Rehabilitate An Aggressive Bichon Frise

It is not very common for Bichons to show aggression, especially aggression that is actually backed up by a bite. However, dogs that have been neglected or traumatized may show severe aggression regardless of the breed.

Unfortunately, Bichons are sometimes too popular for their own good, causing them to fall victim to puppy mills and other irresponsible breeding situations. Rescuing either a puppy or a breeding dog from a situation like this is likely to come with some challenges.

Thankfully, it is natural to Bichons to trust and like people, so you have your dog’s instincts on your side in convincing them to trust you.

Give Your Dog Time And Space

It will take some time for your Bichon Frise to become accustomed to their new environment and enter a brain space in which you have any possibility of affecting their behavior. Until your Bichon begins to seek out your attention in any way by looking at you, choosing to be around you, or something else, it’s best to leave them alone. Just make sure they have food, water, and comfortable bedding, and give them time and space to adjust.

Once your Bichon Frise has begun seeking you out and adjusting somewhat to their new situation, you can begin winning their trust. Most Bichon Frises are quite food motivated, so the path to your dog’s heart may be through the stomach.

If you are concerned that your Bichon Frise may bite you at this stage, it may be better to toss food towards them rather than encouraging them to take it directly from your hand. Either way, the idea should be that your Bichon associates you with the delicious snacks that they’re getting. Use high-value treats along with regular food and be sure that you constantly talk to your Bichon in a gentle, soothing voice.

It may seem strange to begin training your Bichon to respond to commands before they fully trust you, but a training exercise is often the perfect way to gain your dog’s trust. Bichons are natural performers.

Having the opportunity to learn from you and interact with you in a positive way can be very trust-building for your dog. Instead of luring or pushing your dog into commands the way you might with a non-aggressive Bichon, it is better to mark behaviors that you like. If your Bichon Frise looks at you, you can say a command word and give them a reward.

If they happen to sit, name the behavior and give them a reward. Not only does this give you an opportunity to constantly keep feeding your Bichon Frise, which would be beneficial in any case, but it encourages your Bichon Frise to connect their behavior to your behaviors, which will help them to see you as their person and support system.

Any dog can become aggressive in some situations, but the Bichon’s natural state is to be gregarious, good-natured, and loving. Provided you raise your Bichon with plenty of socialization and positive reinforcement, you are likely to have a very non-aggressive dog with everyone. 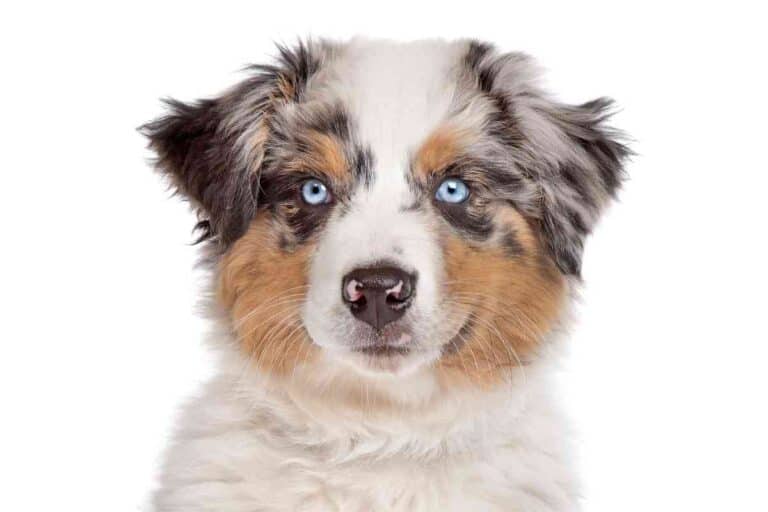 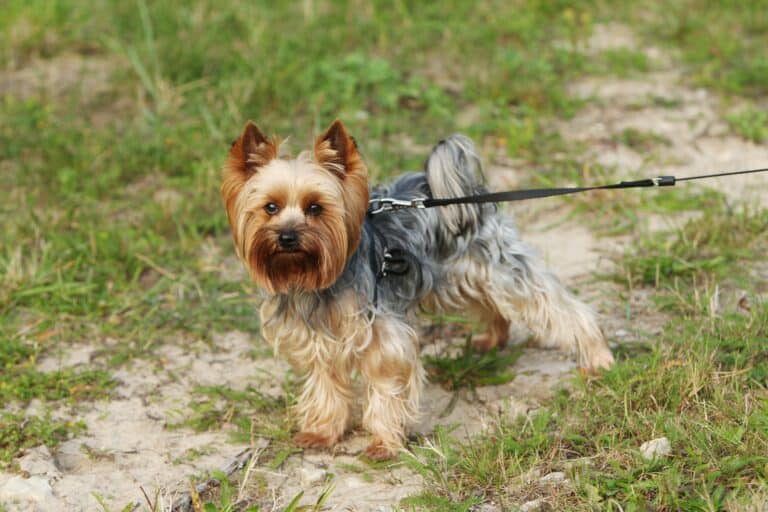 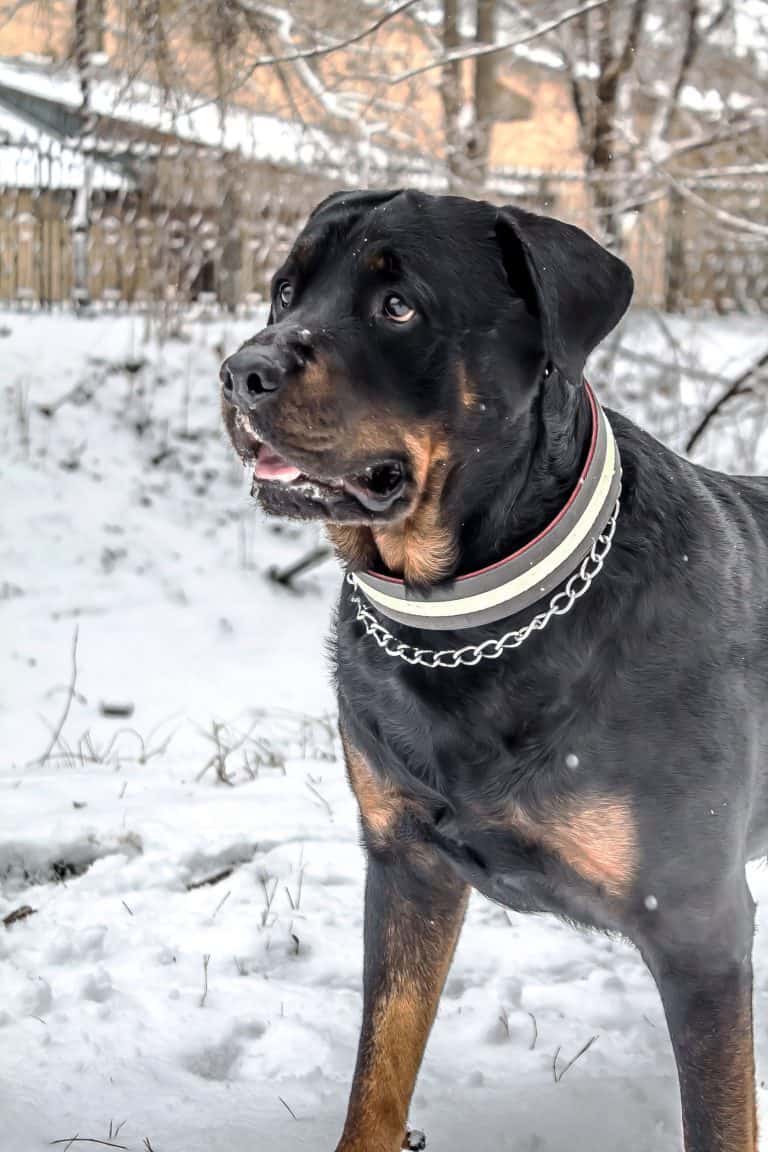 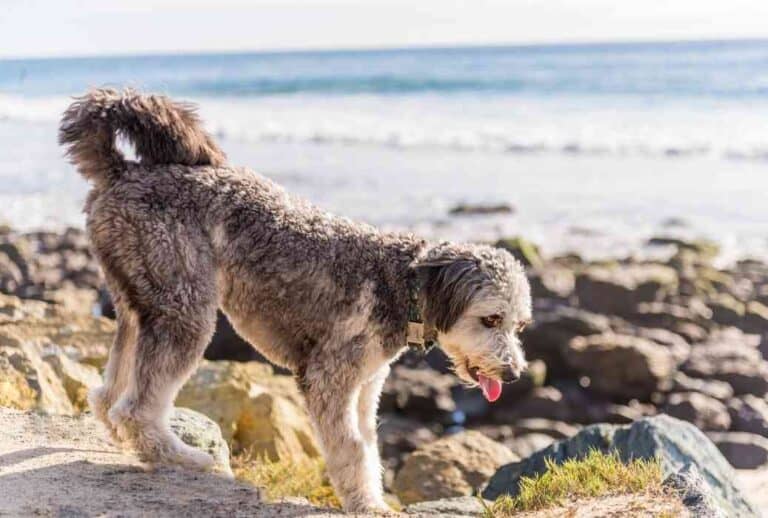