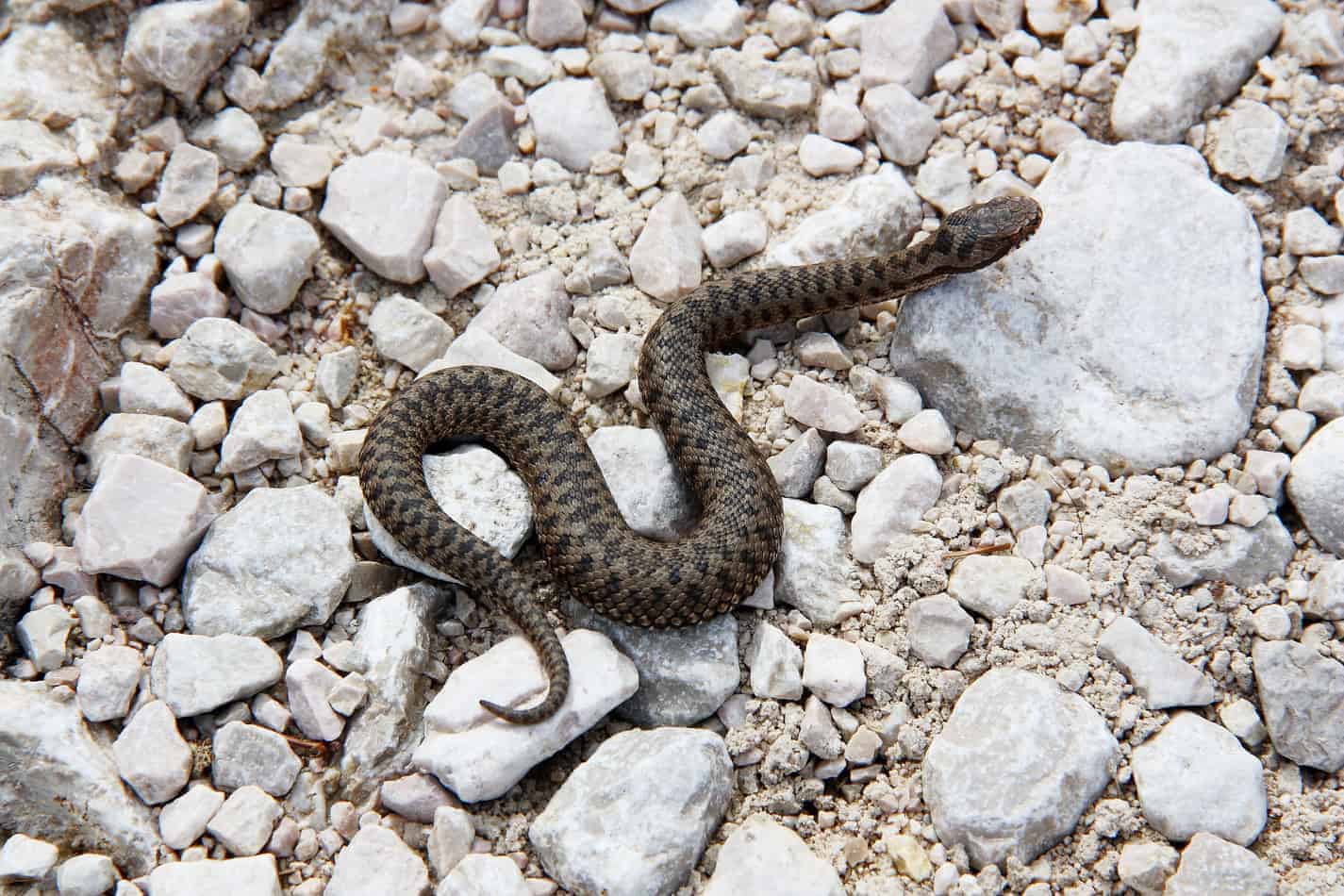 Cleopatra was a powerful ruler in Egypt long ago until in sh, she was killed by what many believed to be a venomous snake. This has been debated throughout the years but it is now commonly understood that a snake didn’t kill her.

What snake killed Cleopatra? For many years people believed that she and her servants had been killed by an asp (Egyptian Cobra) in an act of suicide by hiding it in a basket, but recent findings have shown that she could have committed suicide by use of hemlock, wolfsbane, and opium.

Cleopatra had a very difficult life that her to make some difficult decisions. Suicide is not an easy topic and neither is understanding completely what happened in ancient history. Still, we find out new information about history that scientists are discovering every day. My goal is to help you understand what really happened.

Was it Really a Snake?

It has been said that Cleopatra used the cobra’s venom to poison herself and two of her servants. The cobra was hidden in a basket, a naturally good place to hide one in ancient Egypt.

She had it planned out and she obviously didn’t want others to know what she was planning to do. She was a smart woman.

The problem is, Egyptian cobras are too big to fit in an average weaved basket of that era.

Usually, Egyptian cobras are 5-6 feet long, according to the University of Manchester. Sometimes even 8 feet. Now, I don’t think that you need to know the dimensions of a weaved basket from yesteryear to know that a cobra that is 6 feet, or even 8 feet, is not going to fit in it.

The baskets were used to carry things like a box or a suitcase like we used today. They used them for grains or fruit. Basically any food. They had to be user-friendly and able to be carried by the average person. They would not be big enough for a large snake.

Another theory is snake bites generally have only a 10% fatal effect.

Bites from snakes usually are dry bites. That means that the snake doesn’t eject venom into the bite. Put that together with the supposidly 3 people in the room and you have yourself a problem.

I would imagine that Cleopatra would have cornered the two servants and stuck the fangs of the snake into them to poison them and then poisoned herself. If that worked, they must have all been extremely unlucky. Killing yourself with a snake is not the way to go if you want to be sure it will work.

Along with that, the venom that cobras secrete is a venom that causes necrosis. Necrosis venom will kill you but slowly.

It’s not like she hit them over the head with a bat beforehand and then poisoned them. That would have made a lot of noise regardless.

And another fact is that snakes are conservative with their venom. They use it to protect themselves and hunting their food. They aren’t going to waste it for someone’s will. If anything, a dry bite will happen and it will hurt, but it won’t kill anybody.

Basically, Cleopatra would have to of had a really lucky (or rather unlucky) day in order for everything to work out the way she wanted it to, assuming a snake was the reason she died.

Or Was it Deadly S?

Christoph Schaefer, a German historian said that the real reason why Cleopatra died was because of a mixture of hemlock, wolfsbane, and opium. A deadly cocktail if I have ever heard.

During the time of Cleopatra, this deadly dose of hemlock, wolfsbane, and opium was commonly used to have painless, quick death in just a few hours. Unlike the snake venom which could have taken up to a few days.

Cleopatra was the pinnacle of beauty and it wouldn’t be her character to go out slowly, ugly, and painful. Schaefer said

that “Cleopatra wanted to remain beautiful in her death to maintain her myth.” Her death would have been so painful and would have made her look so weak. Cleopatra was powerful and mysterious. Why do you think she is portrayed as such in our modern day some 2,000 years later?

What Drove Cleopatra to Suicide?

Cleopatra was beautiful and powerful. Someone that probably shined above the rest of the world, but she also had some dark dealings that could have been the reason for her demise.

Cleopatra was born in 69 B.C. She was not of the actual Egyptian royal blood but was adopted into the family. She and her brother Ptolemy XII were married at a young age to rule together. He died in battle and was replaced by their younger brother Ptolemy XIV.

She ended up killing her younger brother as she had no intention of sharing the throne. She wanted to rule alone. She also had many relationships with Roman leaders and tussled with other leaders.

She had had affairs with both Julius Caesar and Mark Antony, a Roman leader and a Roman general respectively. After the Roman empire fell, Octavian, Julius Caesar’s son, took over what was left of Rome. Because the affairs and what followed, Octavian wanted to destroy Cleopatra and her empire. Antony however, was at Cleopatra’s side.

Cleopatra lost in this devastating battle. She retreated back to Alexandria, Egypt. She had created for herself a mausoleum in which she ultimately killed herself.

It could have been that she committed suicide because of guilt or the weight she had over her because of the many things she had done.

Some even say that other leaders had her killed as a way to settle debts or increase power.

Either the story of Cleopatra’s death is still a mystery but to close off part of the mystery she most likely wasn’t killed by a snake.

How did Cleopatra and Mark Antony die? Antony was defeated by Octavian’s forces at the Battle of Actium. Antony and Cleopatra fled to Egypt, where they committed suicide. With Antony dead, Octavian became the uncontested master of the Roman world.

What was Cleopatra’s race? Scholars generally identify Cleopatra as of Greek ancestry with some Persian and Syrian ancestry, based on the fact that her Macedonian Greek family (the Ptolemaic dynasty) had intermingled with the Seleucid aristocracy of the time.