If you are interested in getting a pug as your family pet but are concerned about the rumors of this dog breed being less intelligent, then you have come to the right place. I have researched the topic to give you a clear response on a Pug’s intelligence.

Pug Intelligence: Are they really dumb like some people say?

Pugs are not dumb. Pugs are easily able to adapt. Pugs learn from their mistakes and make changes. They are also an easily trained dog breed. The only intelligence that pugs are lacking in is instinctive intelligence. This is simply because pugs were not bred for a specific, intelligent purpose.

If you’re interested in learning what pugs can do well because of their intelligence and why the rumor has come around that pugs are dumb, then read on.

It has been rumored among the dog-loving community, that pugs are less intelligent. This, however, is not a true rumor.

The rumors are most likely coming from those who do not know pugs well. But, the facts behind pugs show that they are intelligent dogs. Even in comparison to other dogs, pugs rank fairly high in intelligence.

The truth is that not all dogs are intelligent in the same way. Each dog has different strengths that make them intelligent. However, these strengths are not always clearly seen from human eyes.

The three types of intelligence that a dog can have are:

So, based on these types of intelligence, we cannot define any dog breed as being dumb. Many times, when someone compares a dog they are not as familiar with, with one they are, they will see the faults of that dog.

In reality, dogs are just like humans. We can see this often. Some people have a very logical mind, other people’s minds work well with music, while others are street smart. Whatever it is, we all have different amounts of intelligence in different areas.

Just like us, each dog breed has its own strength, which makes them intelligent in their own way.

Pugs have strong adaptive intelligence. So, when something happens to a pug, they will likely remember it and learn from it.

There have been many experiments that have been done to show adaptive intelligence. For instance, Pavlov’s experiment proving that dogs can learn a food schedule or a specific response.

For this experiment, a bell was rung each time before the dog was fed. This led to the dogs learning that a bell ring sound meant it was time to eat. So, when they would hear the bell, they began to drool, even when there was no food around.

There have been many experiments done to show adaptive intelligence because it is intelligence. Being able to adapt easily is important not only for humans but for dogs too.

Pugs have extreme adaptive intelligence. So, they will easily learn from their own mistakes and change accordingly. This very valuable intelligence makes pugs a very smart dog breed.

What Pugs Have Going for Them:

I am sure you have heard the phrase over and over in your lifetime to learn from your mistakes. It is an intelligence that we, as humans strive to have.

Pugs are the winner of this quality. They will learn from their mistakes and fix them. They will also easily learn what we, as humans like for them to do.

The second runner up for pug intelligence is that they have a fair amount of Working and Obedience Intelligence. If you remember, this intelligence means that the dog is easily trained.

Pugs are actually one of the easiest dogs to train. They love to please people, and they will show that through doing tricks.

Though they do have intelligence in this category, it is only moderate. Pugs are actually one of the hardest dog breeds to potty train. So, upon getting a pug puppy, it may take a long time to keep a clean house, potty free.

The last aspect of intelligence is instinctive intelligence. This is where pugs are quite flawed.

Pugs were basically bred to be a loving lap dog. This is indeed true. You will love having a pug snuggle against you and love you. But, they do not have anything ingrained in them to be intelligent.

So, what will you see with a pug in your home based on their intelligence?

Because of the intelligence that pugs excel in, they make a great dog for any family. Despite what people think, they are very intelligent dogs and will be a great addition for you and your family.

As you can see from the list above, their strengths make them a great dog. It is in a pug’s nature to be loving. And through their learning intelligence, they will show that love to you.

Why are Pugs Known as Less Intelligent?

However, to solve this issue, we have to understand ourselves first off. We, as humans, tend to cling on to intelligence as being tangible. If we can’t see the dog as being smart, then they must be dumb.

The sad fact of the matter is that we assume based on first impressions. If our eyes don’t see, or our eyes don’t hear something extraordinary from a dog, we assume they are not very smart.

Adaptive intelligence occurs after a longer period of time. It may take repetitions and time to see pugs intelligence. This is because a pug is able to easily change over time.

However, this does not happen right away. So, if you are visiting with a pug, you will likely not be able to catch on to their intelligence.

So, this is why you will hear from almost every pug owner that their dog is not dumb. A pug owner is able to see their pug progress and watch the changes that pugs make to become better.

So, you cannot completely rely on what someone who hasn’t spent time with a dog has said about the dog. If they have not been around the dog for a long period of time, they are not a good judge of how smart the dog is.

A pug’s appearance also does not win them any favors when it comes to perceivable intelligence levels. Pugs are often known as a comical dog among the dog community.

This is simply because the pugs face is pretty goofy. Although pugs are cute, they do not look like the wisest dog.

As I mentioned before, pugs often come across as dumb when comparing them with different dog breeds. When someone has been around dogs with instinctive intelligence, the pug will not seem very smart.

So, where do the rumors about pugs being dumb come from?

They come from not getting to know this intelligent dog breed. Because you cannot see a pug’s intelligence at first sight, and they look goofy, people have just assumed that pugs are not intelligent.

Unfortunately for pugs, with bad rumors going around about them, they are quite intelligent dogs.

Where are Pugs on a List of Dog Breed Intelligence?

Like I mentioned earlier, it is hard to rate dogs according to their general intelligence when each dog has their own amount of intelligence.

Most of the dogs that make it onto the list of most intelligent are dogs that have instinctive intelligence. These dogs are bred for a specific purpose and show their intelligence through fulfilling the task that is in their blood to complete.

The dogs that typically make the top of the most intelligent dogs are golden retrievers, German shepherds, poodles, and many more. Each of these dogs has its own skill that makes them intelligent.

But, on consolidated lists of least intelligent dogs, the pug will not make it onto the list. This is because although it is rumored among people that pugs are dumb, the facts show that they are not.

So, pugs are positioned on the higher side of intelligent dogs.

The reason that pugs are actually placed in quite high intelligence rankings is because of their adaptive intelligence.

Although the pug may be lacking in other forms of intelligence, the pug is one of the very best adaptive intelligence dogs.

So, most people can agree that although a pug is not exactly the ideal of what an intelligent dog is, they are intelligent.

I hope that by reading this, you have been able to open up your mind to dog breed intelligence. Every dog has its own intelligence, which makes is so no dog is completely unintelligent.

If you are interested in bringing a pug into your family, you will love it. Pugs make a great family dog. They will be by your side always wanting to please you.

And yes, even though they may drool on you and have a goofy but cute face, they will be loyal and loving to you.

And, I doubt that you will ever have thoughts about your pug being dumb. You may laugh at the dog being goofy. But, by now you should know that your pug is an intelligent dog.

Are pugs easy to train?

Pugs are fairly easy to train. They have the intellectual capacity to learn easily when taught. However, sometimes pugs can simply be stubborn. They are fully capable of learning, but they may not always want. However, in comparison to other dog breeds, pugs can learn tricks easily.

Pugs are not typically aggressive. The most aggressive that pugs will become is when they are not receiving the social interaction that they desire. In this scenario, they may bark and growl. Pug aggression will also vary depending on the dog. In general, pugs are more loving than aggressive. 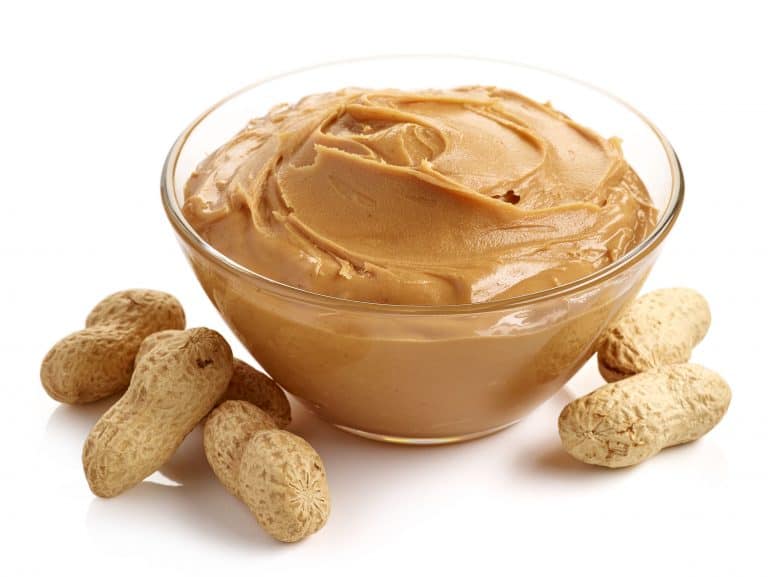 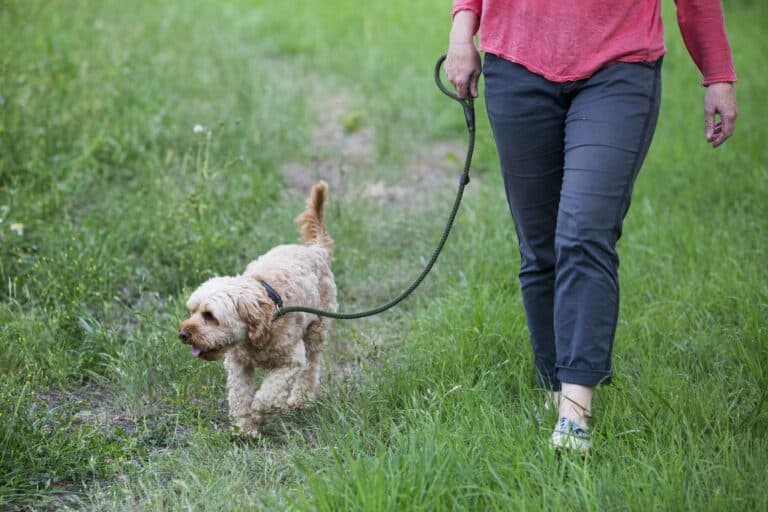 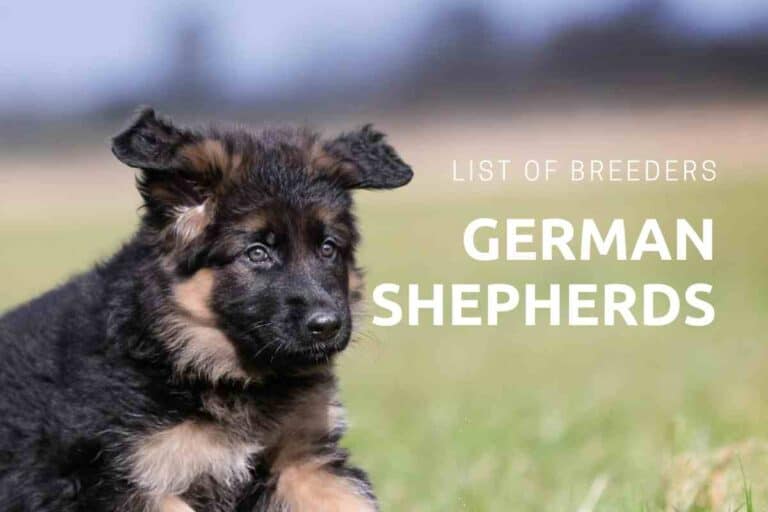 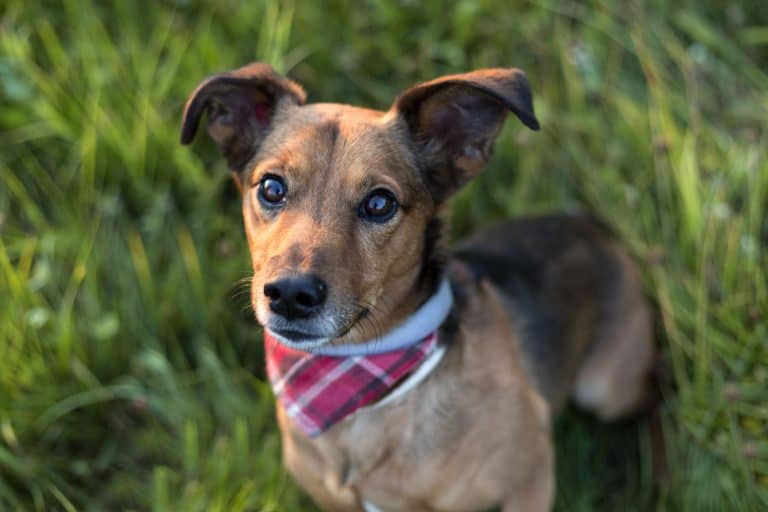 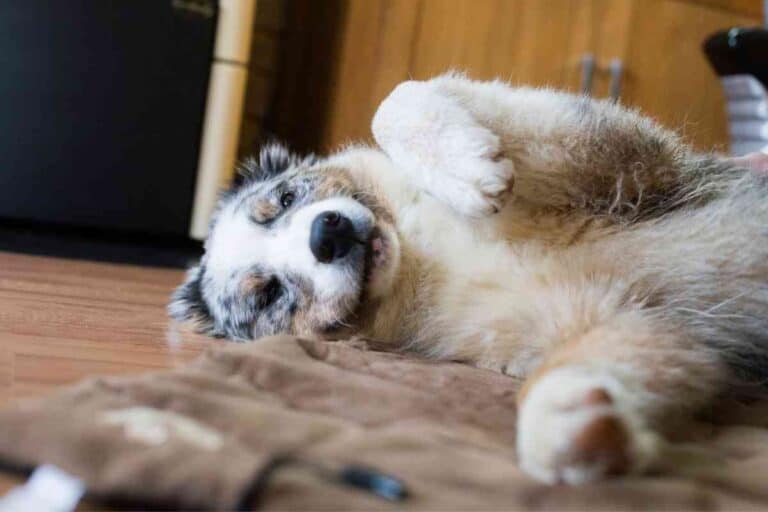 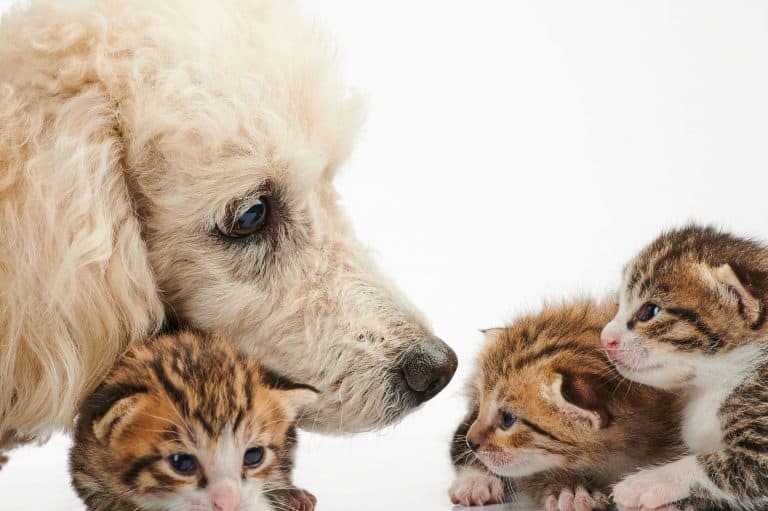