Rosy boa morphs are super cool and quite unique when it comes to pet snakes. In all honesty, I didn’t know much about rosy boa morphs until I started researching them, but I discovered quite a bit about them and how cool they are. Today I will help you answer this daunting question: “which is the most popular?”

So, what is the most popular rosy boa morph? The most common rosy boa morph is a Mexican rosy boa, followed by the Desert Rosy Boa, and the Coastal Rosy Boa.

Let’s look at some of the differences in rosy boas and what makes rosy boa morphs different like their coloration and scientists’ method of naming.

These are the 3 Known Types of Rosy Boa Constrictors:

Each of these boa constrictors comes from different regions of the west side of the United States, all the way down to Sonora and Baja, Mexico.

These snakes can range in color from a base color of beige, yellow, or gray with three stripes down its back to colors ranging from orange, brown, and black. They are a gorgeous snake to look at.

Rosy boas are all also quite compact snakes, reaching an adult size of only about 3 feet in length. These snakes also get about the size of a golf ball in width.

The price range for a rosy boa constrictor is anywhere from $75-$500, depending on the snake and where you get it from. These snakes also aren’t as commonly purchased, due to the mass availability and pularity of other snakes such as corn snakes, milk snakes, and ball pythons.

These gorgeous snakes are very mild and non-aggressive, which makes them great pets. The only time this snake will bite is in a rare response to captive feeding habits. Instead, this snake’s defense habits are to curl into a ball and excrete a foul-smelling musk from the end of its tail.

The Mexican Rosy Boa is the most common morph of rosy boa that I see. Mexican Rosy Boas have 3 long black stripes running the length of the snake, with off-white or yellow bands running between the black bands.

The Desert Rosy boa is colored in a tan and brown pattern with less of a discernible stripe than on a typical rosy boa because there is less contrast between the colors on this morph.

The Coastal Rosy Boa looks somewhat similar to the desert rosy boa in that they both have a tan coloration, but the coastal rosy boa is more warm in coloration than the desert morph.

How are Rosy Boa Morphs D?

The different types of morphs are distinct by their coloration.

The Desert Rosy Boa has a general base coloring but is distinguished by its longitudinal stripes of a pink, orange, or tan coloring. These stripes are also well-defined in difference from the base color on the snake.

The Coastal Rosy Boa has a general base coloring with reddish-brown longitudinal stripes going down the body. These stripes are blotchy and less differentiated than the stripes of a Desert Rosy Boa.

The Mexican Rosy Boa has a general base coloring as well but is differentiated from the others by its pale or creamy longitudinal stripes. Its stripes are broad, differentiating them from the other snakes’ striping.

These colorings are all distinguished by their respective regions of origin in order to help them hide better in their natural, wild habitats.

How do Rosy Boa Morphs Get Their Names?

Each rosy boa morphs are named based on the region they were discovered in. The rosy boa has a very broad range of existence as far as habitats are concerned, so finding their differences and naming them based on their region of origin makes it much easier to determine their existential and habitational needs.

The Mexican Rosy Boa can generally be found in the more central and slightly northern parts of Mexico, giving them their name.

As stated earlier, these rosy boa constrictors can all be identified by their coloring, as well, which can help you distinguish the different types available in your local pet store when you are out snake shopping.

What size of a tank does a Rosy B constrictor need? Somewhere around a 30-gallon tank should do the trick for your rosy boa. It’s just enough space for the snake to exercise and hang out without giving it a tank that is too big.

Are Rosy Boas dangerous? Rosy boas are not a dangerous snake at all. They are very timid and defend themselves by curling into a ball and excreting a foul-smelling musk to deter any threats.

Are Rosy Boa constrictors good pets? Rosy boas make great pets due to their timid behavior, non-aggressive nature, and easy care. As long as your snake’s living conditions are up to the proper regulations, then your snake should be happy as can be. 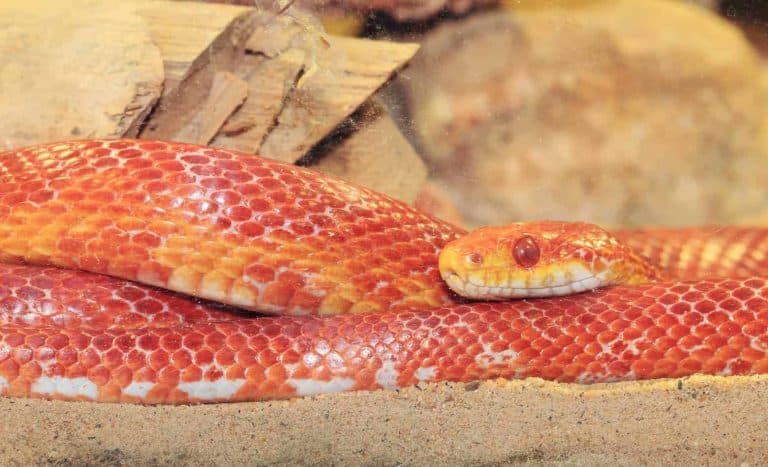 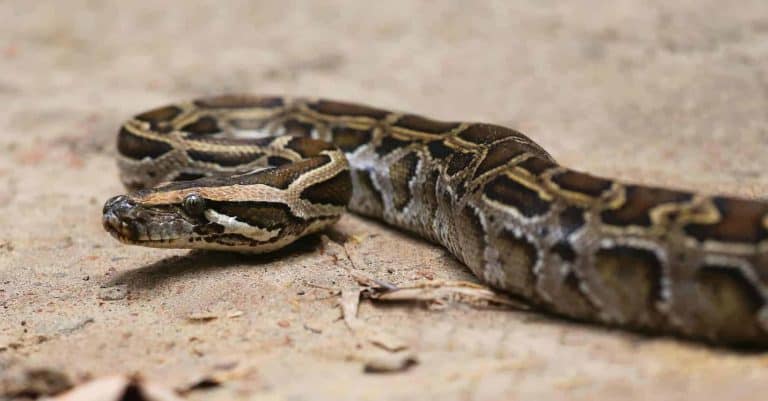 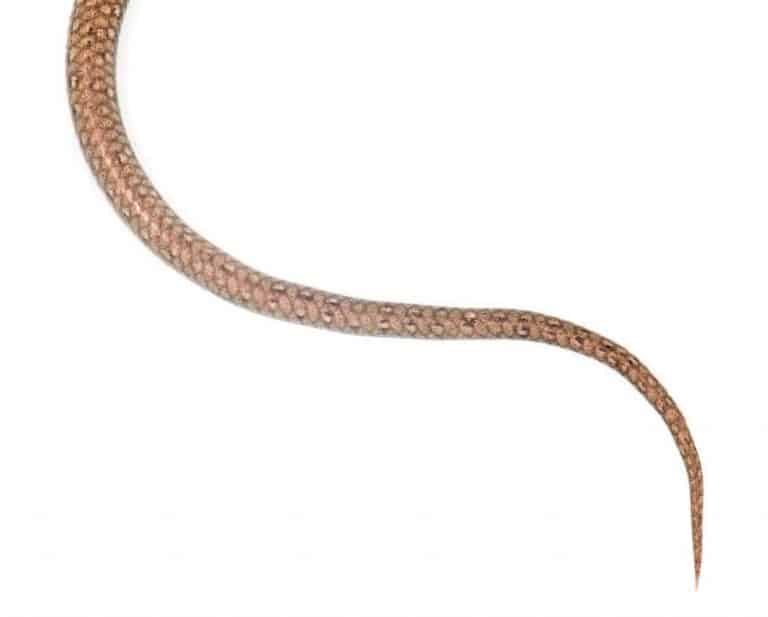 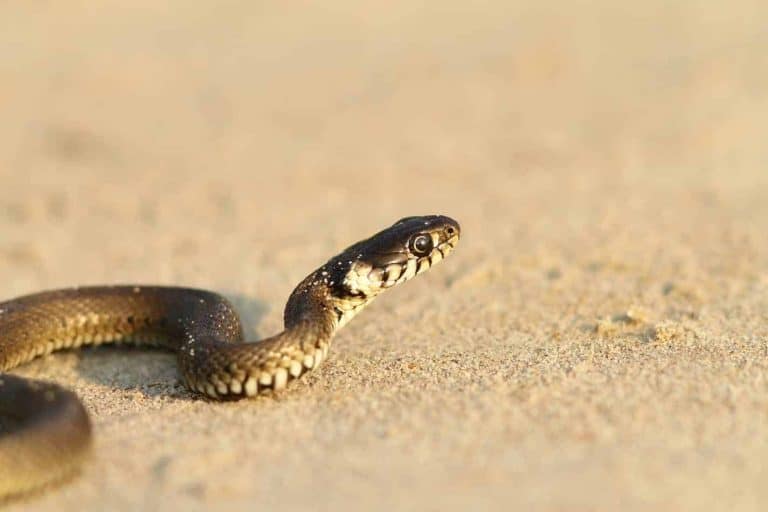 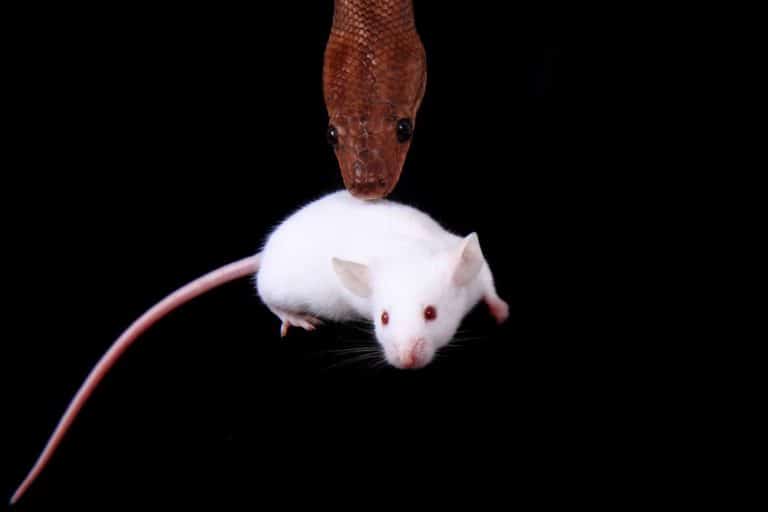 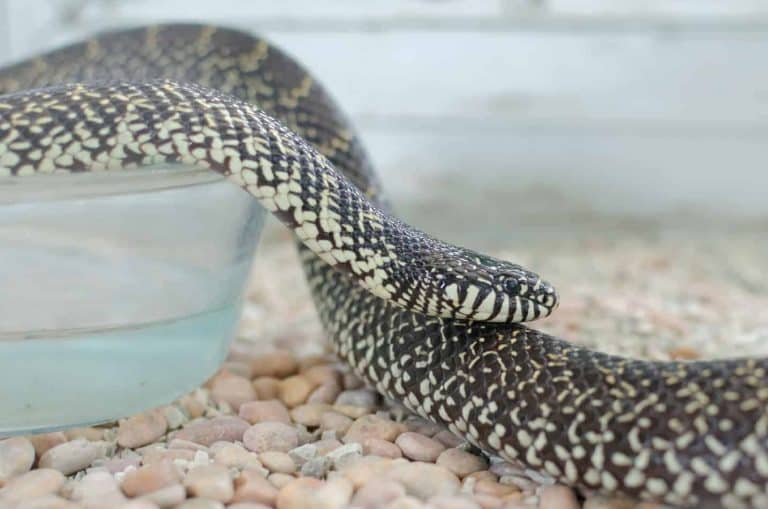