Who doesn’t want to know more about mini dachshunds? They are cute and adorable and famous. Well I did some research on these little guys and I found out some amazing things.

What should you know about mini dachshunds? Mini dachshunds are smaller than normal dachshunds. They normally stay under 11 pounds and live to between 11-16 years. Other than their smaller size there are very few differences between regular and mini dachshunds.

Dachshunds are already famous for their little bodies and tiny legs, but imagine just how much cuter they are smaller and with even shorter legs. Other than their cuteness dachshunds have some remarkable skills.

Dachshunds have a rich history and present. They are more than just the typical wiener dog, but they have special skills and they are far more talented than I ever knew.

The History of the Miniature Dachshund

Dachshunds originated in Germany around the 16th century, and their main purpose was that of most dogs before them, they were hunting dogs. Because of the nature of their bodies they fit quite nicely into places that normal dogs and humans could not.

Their name literally means badger dog as they were just the right size for fitting into badger holes. And while they didn’t look quite as fast as other hounds, their closeness to the ground was actually beneficial to them while hunting.

Dachshunds were very popular in Germany and their popularity soon rose as they rose in stature, so much so, that they were living in Buckingham Palace…in England.

Prince Albert who was Queen Victoria’s husband was originally from Germany and relocated when he married Victoria. When he moved he brought with him his beloved dachshunds.

These dogs soon found living to be very comfortable in their new home with their new co-owner who adored them. Queen Victoria was already known for her love of dogs and welcomed these new friends into her heart and home.

Some time during the 19th-century people started breeding miniature dachshunds in England so that they could fit easier into the small hare holes found in England.

Originally they just picked the runt of the litter but later they were bred with miniature terriers and other small dogs to try and alter their size. This didn’t really work though because mixing the genes took away the mini dachshunds hunting powers and drive.

So the British had to take the long and tedious road of breeding the runts of different litters until they had used natural selection to help breed what we now know as the Miniature Dachshund.

These little guys have a rich background and history, and they have been influential dogs throughout their history on the earth. They lived in palaces and dinned with queens.

They also have had a rich history of historic names. Originally called the dachshund or badger dog it is now nicknamed the wiener dog, hot dog, or sausage dogs.

Really though this started because hot dogs and sausage links were named after the dachshund. They were originally called Dachshund Sausages. Meaning that the food we chop up and put in our mac and cheese was named after the cute dog that so often is dressed up as one for Halloween.

Dachshunds and Their Incredible Hunting Abilities

I’m not going to lie when I look at mini dachshunds and even full-sized dachshunds I don’t ever get the hunting/killer vibe from them. They seem like really cute lapdogs that love to dig.

Well, for most of their existence these lapdogs have been used in hunting and they still are. They have perfect bodies for the job and have been put to work century after century.

Dachshunds have wide spread feet that aid them in being fast and efficient diggers, as well as, allowing them to maintain speed and stay with their target.

Their proximity to the ground also aids in their digging skills as well as their speed. But specifically their short legs help in the sent race that drives dachshunds.

These dogs have some powerful smellers and use them a lot when hunting. Once they catch their whiff they will follow that sent until they find their prey. And being closer to the ground helps because they are closer to the sent.

Once the mini or standard sized dachshund has located the den/hole of its target, whether that be a rabbit or a badger or something similar, they will begin digging and crawling until they reach the source of their sent race.

Once they have located the badger or rabbit they knock it over with their big barrel-shaped chest and then pin the animal to the ground while signaling their masters where they can start digging.

What Kind of Personalities do Dachshunds Have?

Dachshunds are smart dogs as we can see by their long history with tracking and training, but switching a hunting dog into an indoor pet can take time and energy.

Because dachshunds are intelligent it also means that they can be stubborn and can resist change. Lots of people struggle with training their dachshunds because of their stubbornness.

Anyone who has owned a dachshund ever knows that it takes time and energy to train them and that house training them is literally a nightmare. Many people try and many people fail the first few times so don’t be alarmed.

If you want an easier way to train your mini dachshund to try crate train them first and then after they have that down you can advance to house training them. Many people have found starting with crate training to be highly successful.

Going along with their stubbornness that is bred from their intelligence another issue that can arise with dachshunds is that they can be rather mischievous.

But not all of that mischievousness is their fault. Because of their heritage and what they are bred for you just have to expect that your dachshund is going to bark and dig up your yard.

They are also going to chase every animal that they get the chance to and might just get into things that they aren’t supposed to. Channeling these raw instincts into jobs and games can be very helpful when trying to train and raise a dachshund.

Also, it is important to remember that being consistent when training any animal is important. A great tip for training dachshunds is using treats as a reward system, as well as, using physical and vocal ques.

Mini dachshunds are very small and use that size as a strength, but did you know that their size also can cause health issues?

Mini dachshunds are about five to seven inches high and weigh about 11 pounds. Because their backs are so long and their rib cages are rather short mini dachshunds actually have back problems.

If they aren’t helped properly or they jump from something to high, like a chair or piano bench, these tough little hunters can actually slip a disk and be in a lot of pain.

So, making sure that you have your eyes on your mini dachshund can be very helpful in making sure they stay safe. This is also one of the great reasons that they make great lapdogs.

Mini dachshunds are known for overeating!

Even though mini dachshunds are small in size, you wouldn’t know it by the way they can eat. These dogs could eat you out of your rent if they were allowed to.

If mini dachshunds eat to much and gain extra weight it puts unneeded pressure and strain on their backs which causes them not only to be in pain but can once again hurt their backs.

That is why owners of mini dachshunds should be very careful to make sure that they monitor how much their mini dachshund is eating and that they don’t allow them to become lazy couch potatoes.

What really makes mini dachshunds and standard dachshunds different is…

So, mini dachshunds were created to hunt prey that lived in smaller holes. So they really are exactly the same except for their size. They all have the same categories of hair types as as sharing back problems and a special love for overeating.

Miniature dachshunds have a bad rep…

Everyone sees mini dachshunds and thinks that they are just so cute and so little, but these dogs have a bite that worse than their bark. Because mini dachshunds are bred as hunting dogs they still hold a lot of those characteristics.

Although they can be sweet dogs that are nice to everyone, if they are not properly socialized while they are young they can become aggressive to strangers.

They also are very loyal dogs so they will fight tooth and nail (literally) to protect their owner if they think they are in danger. These little guys mean business.

Now most people think, “But they are so small, they can’t do that much damage.” but you have to remember that these dog were bred for violence. Even if it seems weird.

Imagine one of these dogs chasing a rabbit through the woods nipping at its heels, and pushing it until it jumps down its hole. But the daring mini dachshund doesn’t stop.

They jump into the hole as well using their powerful claws to dig and chase its prey. Once they find them they tackle them and pin them to the ground with their chest and paws as the animals squeal in fear.

I don’t know about you, but I don’t really want this type of dog attacking me… That may sound weird but I have a feeling that they wouldn’t stop until they got what they wanted.

Now that being said, if these mini dachshunds are socialized while they are young and they experience strangers, as well as getting plenty of exercise, they will be fine and shouldn’t have any aggression issues. 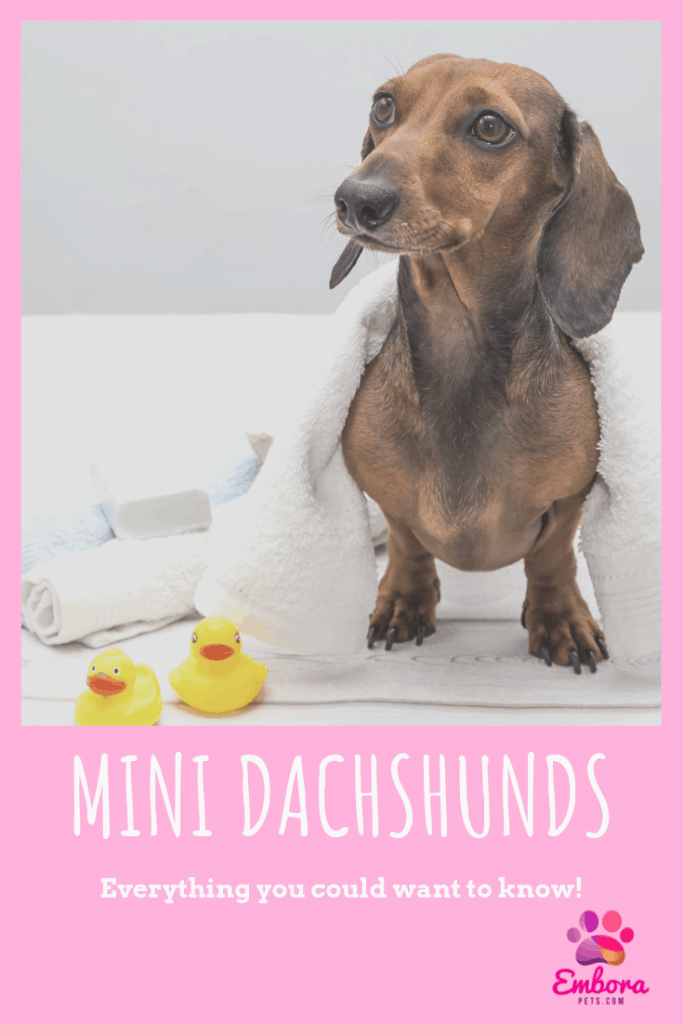 Are dachshunds smelly dogs? Dachshunds normally are not odorous dogs, especially if they are kept clean and groomed. If your dachshund does start to smell really bad despite baths you might want to take them to the vet because something could be wrong. 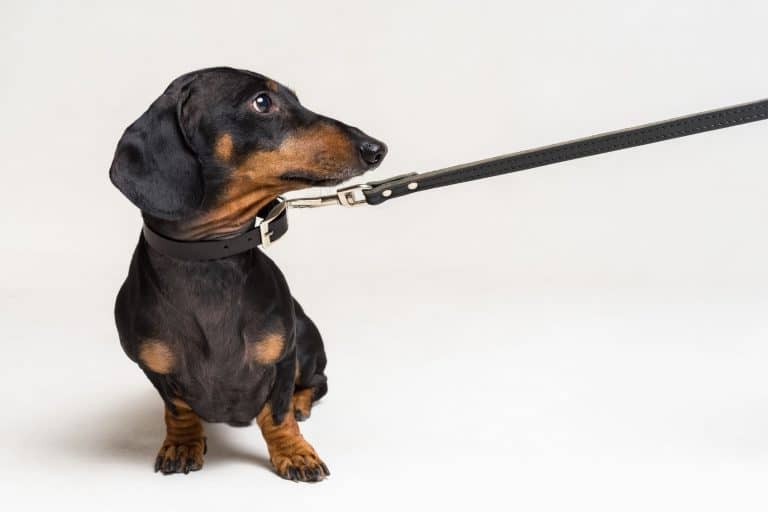 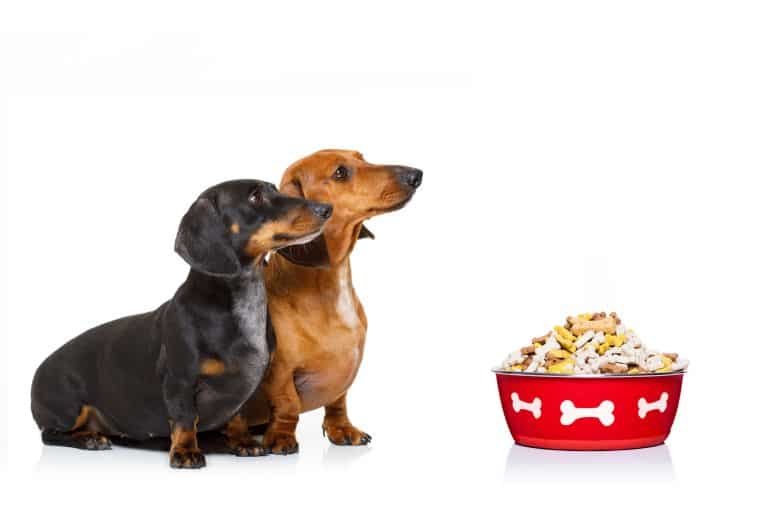 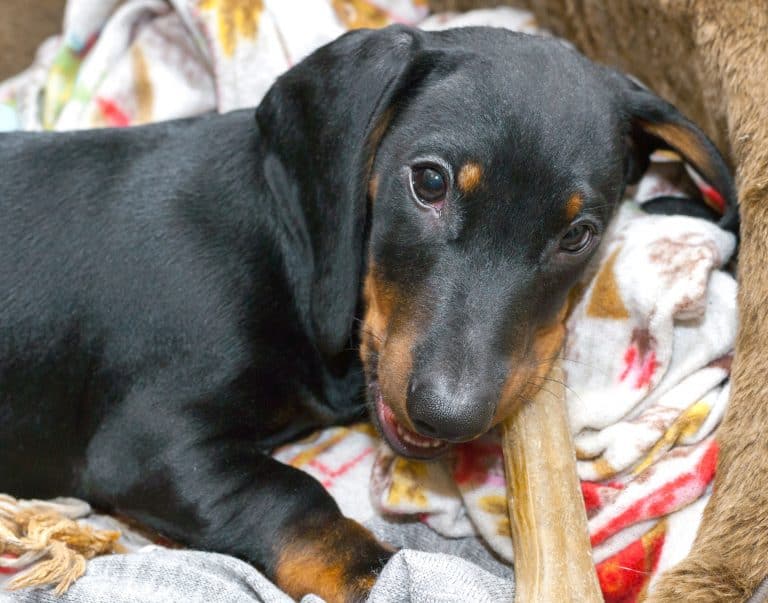 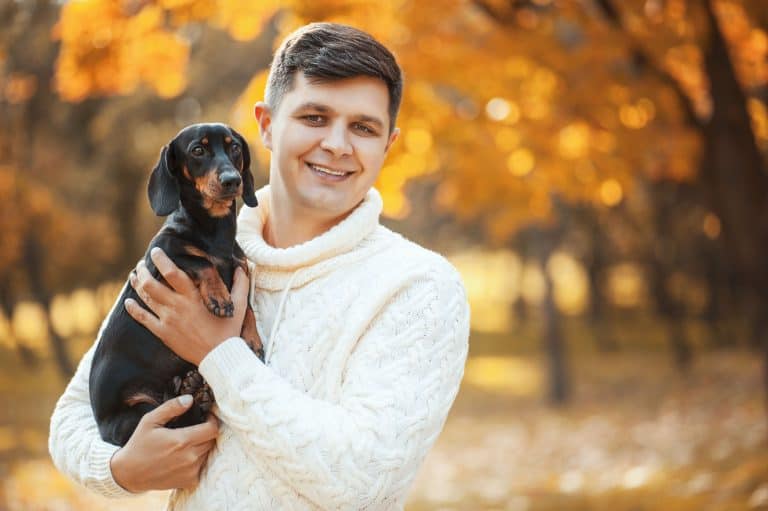 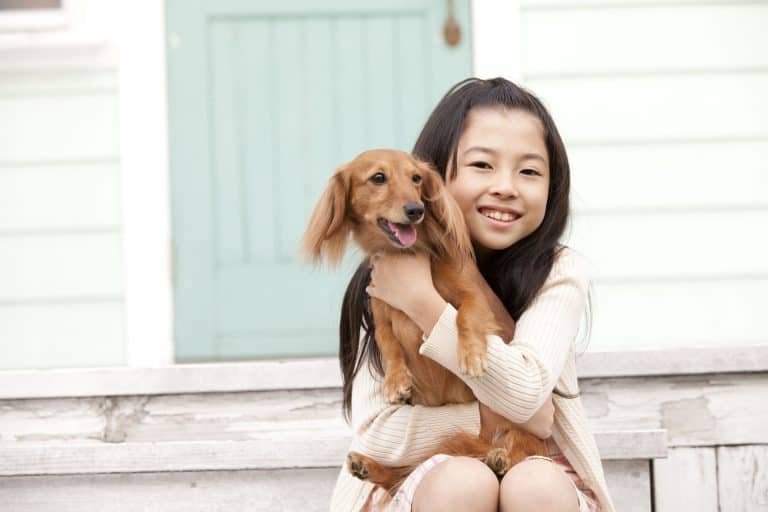