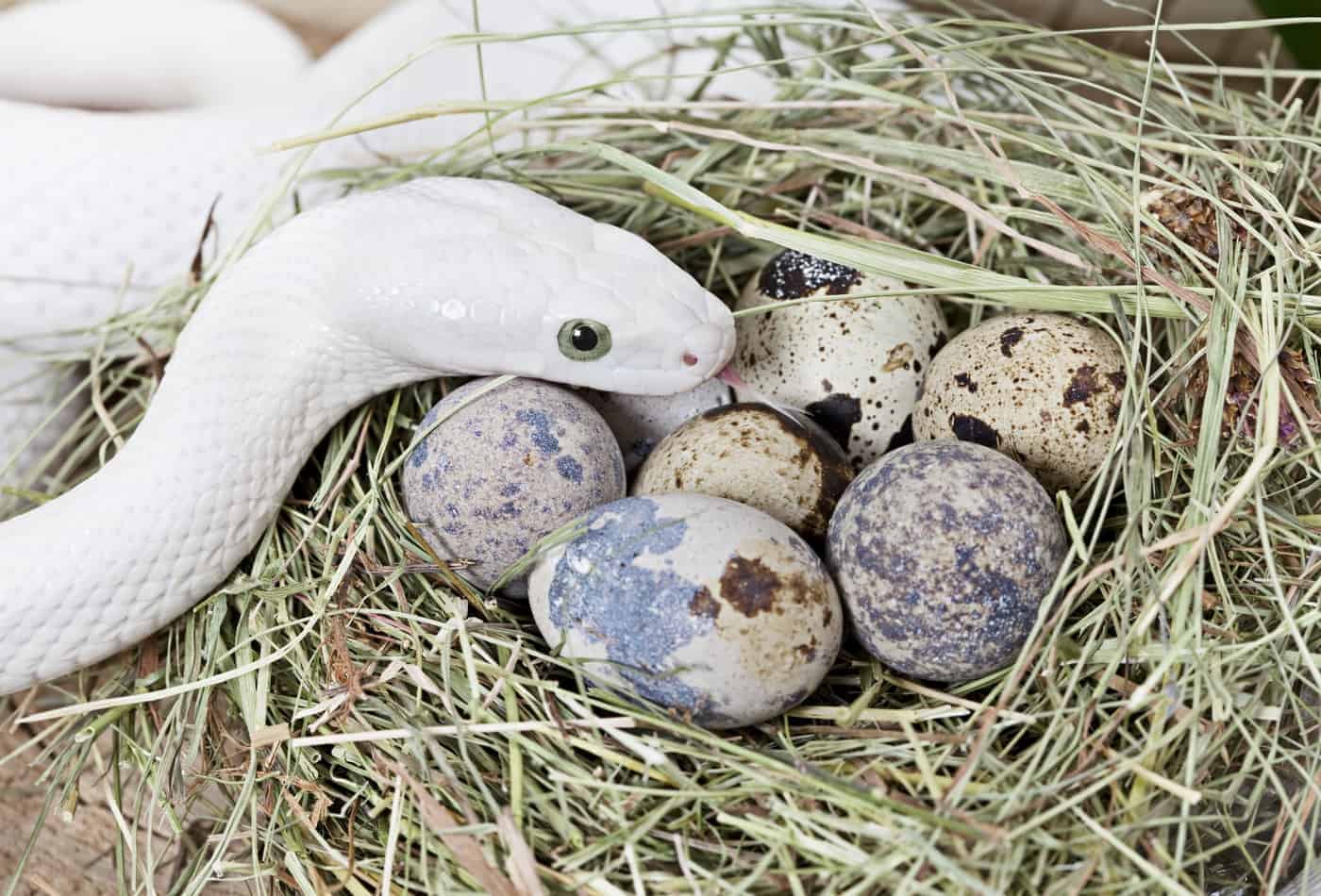 My good friend wondered how many eggs snakes lay and how many of them survive after hatching. He happens to be interested in breeding his snake, and I’m here to tell you what I find out for him.

So, how many eggs do snakes lay, and how many of those eggs survive? Snakes can lay up to 100 eggs or more per year in one large clutch, and others lay smaller clutches which hold just less than 25 eggs. There is no way of telling how many eggs survive, but if the mother does not find a warm place to lay her eggs, she will do it anywhere, in which case the eggs will be left to die.

Snakes are interesting creatures, fascinating even. The amount of eggs they lay is phenomenal. With that being said, there is much more we need to know about the nature of their hatching.

How Do Snakes Lay Their Eggs?

Whether they give birth to live young or eggs depends on their species. There are also three ways a snake can mate and reproduce. Some snakes may not even need a mate to reproduce. The three reproductive snake types are: Oviparous, Viviparous and Ovoviviparous.

About seventy percent of snakes are oviparous, which basically means that they lay eggs. Once the eggs have been laid, they have to be kept warm. (That is crucial, otherwise, they will die). They should be kept warm until they are ready to hatch.

All members of the Colubridae family lay eggs. Some that may be recognizable are rat snakes, grass snakes, and kingsnakes. There can also be other snakes from a different family that do the same thing.

This type of reproduction means there are no eggs to lay. Snakes that fall under this category must help nourish their young through their yolk sac and placenta. (Which is very rare and unlikely in reptiles.)

When the babies are born, the eggs stay inside her. In a simpler way of explaining this, the female has eggs develop inside her and they hatch in her as well, but as they leave her body, the eggs do not come out with them. Which is pretty cool.

What Types of Snakes Lay Eggs?

Some snakes lay eggs and give live birth to their young. Below is a chart I have created which reflects some of the snake species which are oviparous, which means they lay eggs.

While this chart does not account for all snakes, it does cover popular pet snake species and the facts about their egg-laying and reproductive natures.

What is a Snake’s Mating Ritual?

The mating process of a snake is very interesting. There are different takes and ways these creatures mate and this is known through their species. The different the species, the more different their mating will be.

The standard knowledge of snakes mating relies on there being a mature female and a mature male. Some snakes who live in a colder part of the world will more likely mate in the late spring or early summer.

Snakes that live in the tropical parts of the world are allowed to be able to mate any time of the year. Though despite the area being a factor to their mating, access to food is taking into account as well.

The behavior of these snakes during mating season definitely changes. The males become much more aggressive around the time of year they should be mating. Some male snakes will go up against each other in a fight to reach the attention of a female. It is the female’s decision on who she chooses to mate with.

There is no way to avoid this fighting among male snakes during the mating season. The only way for a male to be able to distinguish another male from a female is to go right up to it. Once the male has found a female to complete the mating process with they will go their separate ways.

If the male is still around the female will be very hostile. Though it is not likely this will happen. The male usually runs off looking for other females to mate with.

Once the male has left and the female will lay her eggs. She can do this soon after mating with some males. Other females will sometimes have the eggs take place in their body for a long period of time and the eggs will be released once the female knows the young are ready to hatch.

She will place these eggs in a burrow, someplace warm and safe. A lot of species will lay their eggs and be on their way, other will sometimes linger to protect them from anything that may be lurking.

Once the female has left the eggs will hatch, and those born from eggs have teeth and break their way out from the outside. These young have to fight for themselves once they are hatched.

After that is completed, the female will again mate with another male, and then the process repeats.

What kind of snakes lay eggs? There are over 200 species of snakes and almost all of them lay eggs. The most common ones are rat snakes and king snakes, and out of the four venomous snakes only the coral snake is an egg-layer.

Ella loves all pets, big and small. She has a passion for learning and sharing through the written word and has contributed to Embora Pets since 2018.