If you are a snake owner or handle snakes regularly, then it is a good idea to know if you can handle a snake after it eats.

Snakes are different from humans in that they do not eat every day, multiple times per day. They digest food much more slowly. Smaller snakes eat a couple of times per week and larger snakes will only eat once per week to once every couple of weeks.

Can You Hold A Snake After It Eats?

It is a good idea to give a snake at least two days after feeding before you handle them. This is to ensure that they have enough time to digest their food properly. If you handle them too soon you risk them getting sick or potentially being aggressive towards you.

By allowing the proper amount of time after a snake eats before handling it, you are not only doing something beneficial to the health and wellbeing of the snake but also preventing a potentially dangerous situation for you.

Can You Hold A Snake After It Eats?

Snakes can regularly consume prey that is larger than they are. For this reason, it takes snakes a good amount of time to digest their food properly.

Although you can hold your snake after it eats, it is important to allow the proper amount of time after feeding to allow you to have a better experience handling your snake.

Not following the proper amount of time, is not only putting the snake at risk of vomiting but also putting you at risk of potentially getting bitten.

How Long Should You Wait?

In most cases, it is a good idea to give your snake approximately 48 hours after the last meal before handling it.

It can take a snake 2 to 3 days to digest something as small as a mouse. If the snake is trying to digest prey that is even larger than that then it can take more time.

If your snake appears to be taking longer to digest its meal, then it is a good idea to wait even longer. An easy way to tell if the snake is still digesting their food is by looking to see if you notice a bulge in its body.

If you do see the bulge of their prey, then you will know that they are still working to digest that food, and they need more time.

You want your snake to be able to digest their food fully and peacefully before you potentially add stress by removing them from their home and handling them.

In the wild, snakes will typically find a quiet and safe place to rest after eating. They will spend at least a couple of days relaxing until they have fully digested their food.

It is a good idea to replicate this for any snake that is being kept in captivity.

What If You Don’t Wait?

If you do not wait to allow your snake to digest their meal, then your may see your snake vomit.

This is due to their body trying to digest the large meal and then they have the added stress of movement, change, and handling.

This can upset their stomach and cause them to vomit up the meal that they just consumed.

If your snake does vomit, it will potentially need some time to rest and recuperate from the ordeal.

You will want to offer the snake some water and leave it alone for several days. Do not handle the snake or attempt to refeed until several days have passed.

You can then attempt to refeed the snake.

If you refeed and the same incident occurs, then it might be worthwhile to take a trip to the veterinarian to determine if there is something else going on.

How Often Do Snakes Eat?

All snakes are a little bit different in how often and how much they eat.

This will depend on the age, and size, and also can depend upon how active the snake is.

In general younger snakes will eat a couple of times per week and grown adult snakes will only eat once per week or sometimes only once every two weeks.

Younger snakes need to eat more often as they are growing and cannot consume as large of a meal.

In the same way, an adult snake that is very small in size will need to eat more frequent, but smaller meals.

Large snakes can store energy better than smaller snakes can, which allows them to eat less frequently but store what they need from their meal.

Should You Feed Your Snake Live Prey?

In the wild, snakes will hunt and consume their prey while it may still be alive. However, for a snake in captivity, it is a better idea to feed a snake prey that is already dead.

This is safer for your snake. If the prey is still alive, the snake may suffer bites and scratches from the prey fighting back against the snake. This can harm the snake and make the feeding process harder on the snake overall.

You can purchase prey that is dead and frozen to feed to your snake.

If it is frozen, this will also mean that the bacteria has been killed already, which lowers the risk of your snake getting sick from any bacteria.

If you do purchase frozen prey, it is important to thaw and warm the prey for the snake before actually feeding it.

How Do Snakes Digest Food?

If you have ever watched a snake eat its prey, then you know it is a very interesting process. Snakes do not have proper teeth to chew food, so they swallow it whole.

They will use their saliva to coat the prey and push it down through their esophagus.

If you have seen a snake consume prey that seems quite large for its size, this is due to the fact that a snake’s jaw is not attached to its skull like a human.

It is only attached to ligaments and muscles, which allows them to expand their jaw significantly to swallow large prey.

The snake will use the muscles in their body to crush and push their meal down through their body to their stomach to be fully digested.

Since they cannot chew the prey as other animals can, they will crush it with their muscles in order for it to get to a size that is digestible.

Will A Snake Bite If Held Too Soon?

If you try to handle a snake right after they have eaten, there is a chance that it will be more aggressive at this point.

They will still be in their feeding mode and can attempt to strike at anything that comes within distance, including humans.

It is always a good idea to give them the proper amount of time after feeding.

This allows them to digest their food and come out of feeding mode before you handle them. 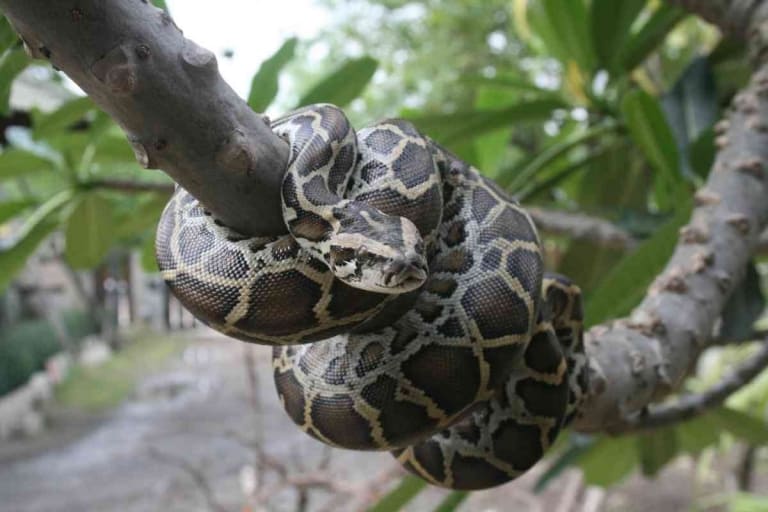 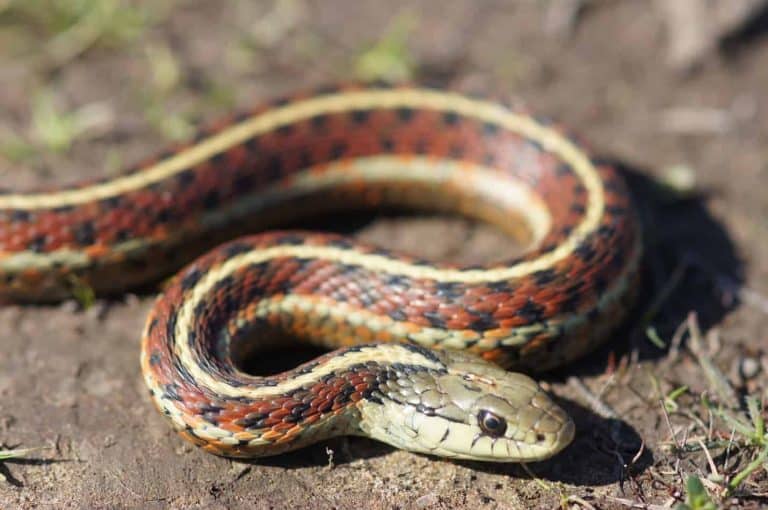 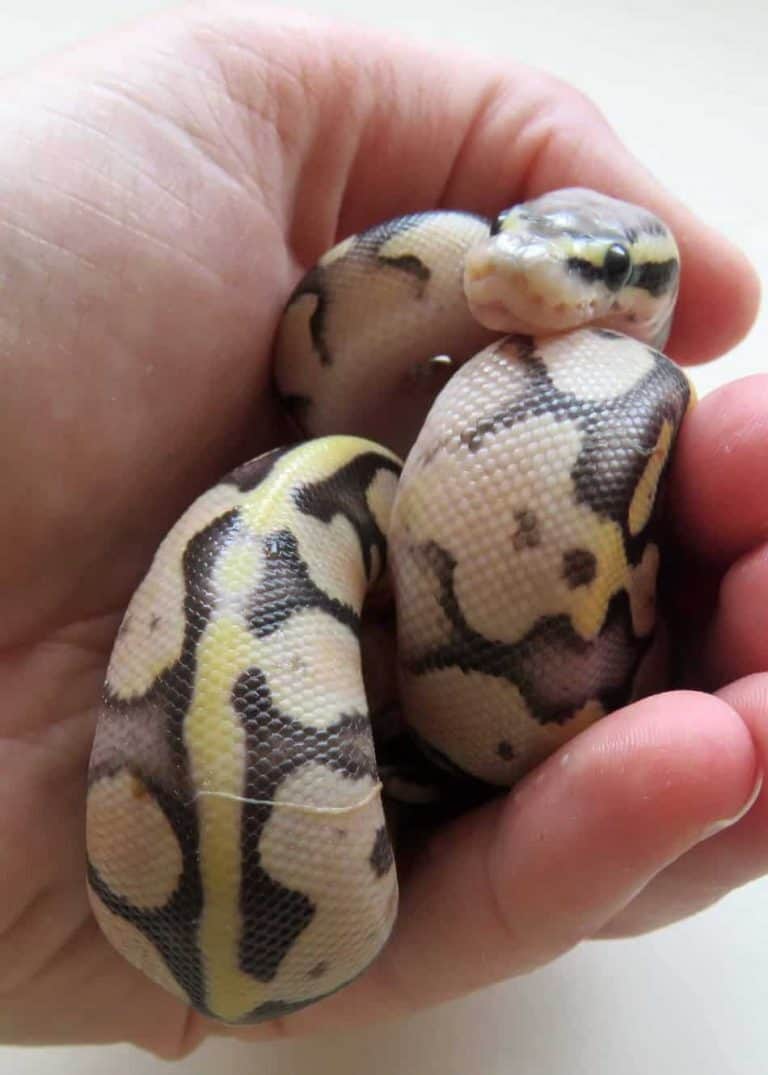 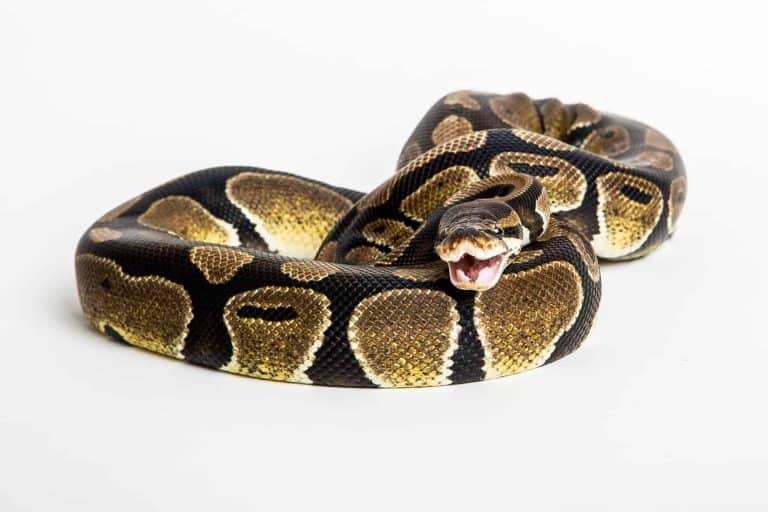 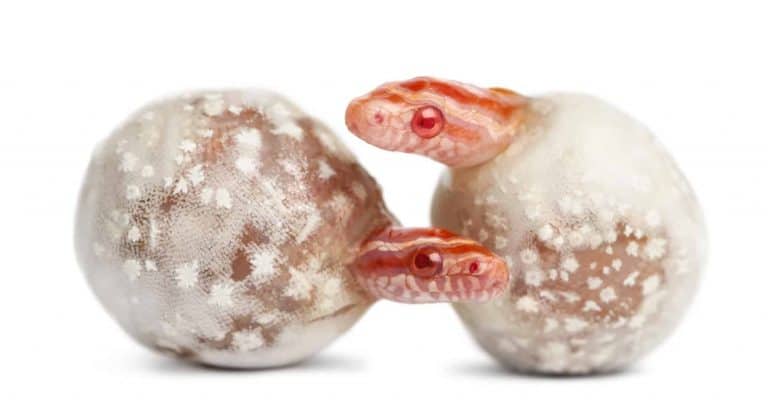