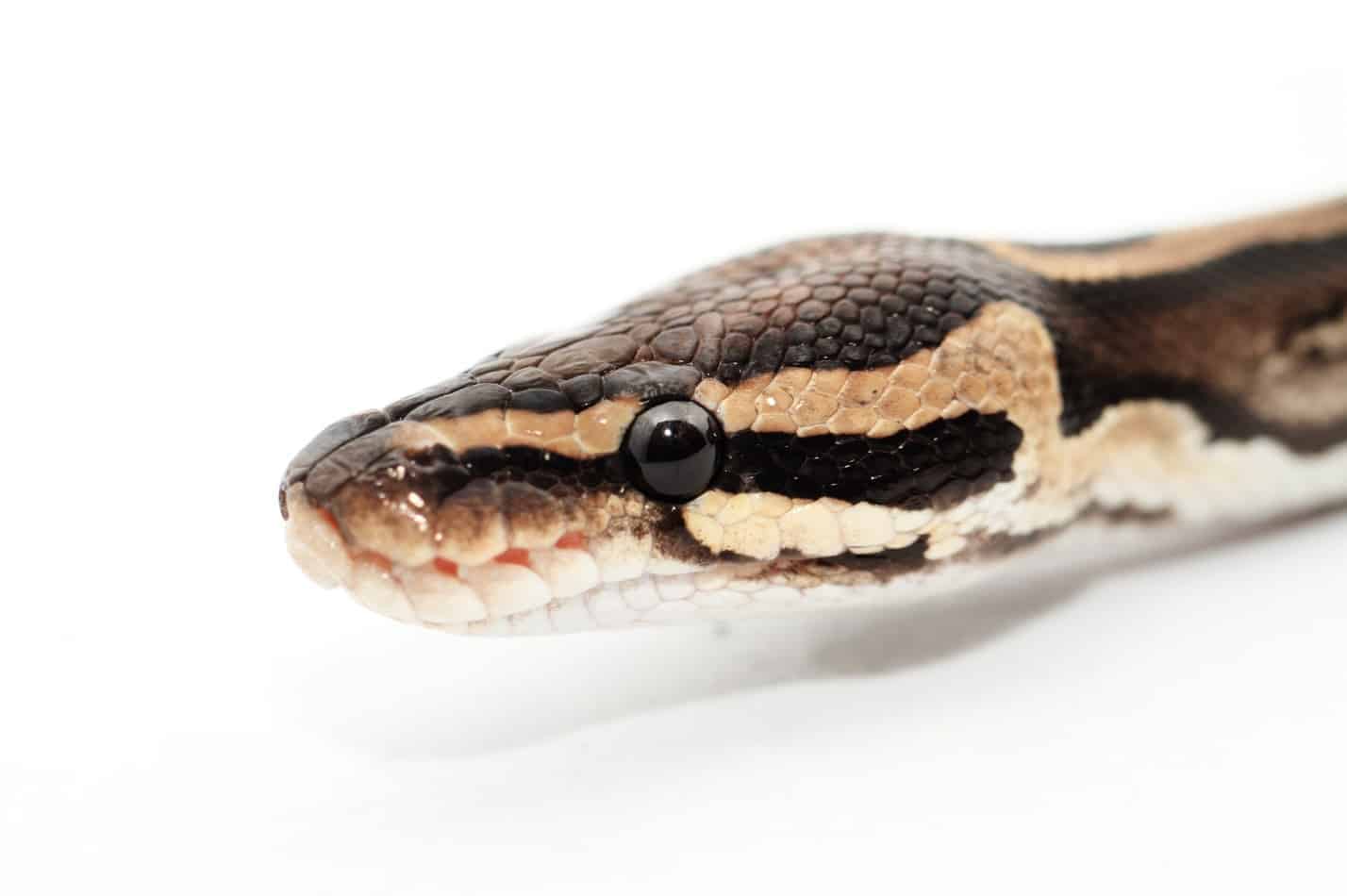 Have you ever wondered how in the world Ball Pythons can hear if they don’t have ears? I, for one, was curious as to whether or not Ball Pythons, or any snake, can hear. It’s hard to tell when all you see is that slick, scaly head they have with nothing jutting out of them to help them catch sounds.

Can Ball Pythons hear? They are equipped with a certain chain of organs in their body that allows them to hear differently. They use vibrations to hear sounds.

A Ball Python’s hearing may seem to give other predators and prey the advantage. But the way a Ball Python hears allows them to do more than you would expect and is a unique tool for catching their prey and avoiding unwanted predators.

Their unique listening system sets them apart from other animals because it’s so different. They are well-equipped to live in their natural habitats.

What Organ Does a Ball Python Hear With?

Ball Pythons look like they don’t have ears…because they don’t. Ball Pythons lack almost every exterior organ/body part you would generally use to hear. This prevents them from hearing things in the same way other animals might. This isn’t because nature has shortchanged them, but because they have other methods of hearing sounds.

Even though the Ball Python does not have anything that resembles the ‘outer ear’ on its body, it does have all the other necessary components needed to hear.

These creatures’ inner ear systems consist of everything that is needed to create a functioning listening system- that includes a cochlea. (They do not have an eardrum)

It is unclear what organs are used exactly to help the Ball Python sense the vibrations around them, but there are some theories as to what might aid them in their sensing.

They are not without defenses and are completely able to prevent themselves from being taken by predators.

Imagine a Ball Python with its head on the ground and its body laid completely out. In this position, the pythons lungs are laying close to the ground and they are primed to help him out with attempting to sense what’s around him. This creatures’ lungs can act as ‘resonating chambers’ that detect whether a predator or prey, is nearby.

Footsteps, or scampering rodents, shake the jaw and in turn the cochlea, which allows the snake to detect or hear what’s going on around it. It’s not exactly hearing when you think more deeply about it, but it is effective.

My research was not completely clear on whether there was only one way that a Ball Python can hear. Apparently, there are either several methods that uses their greatly organized listening system.

Even though some people might consider ‘hearing’ through vibrations a stretch, it doesn’t seem to faze Ball Pythons at all. They can accomplish all the hearing they need to using their nature given vibration senses.

How Sensitive Are Ball Pythons To Sound?

If you were to play the drums loudly, the deep vibrations might bother a Ball Python. And b of their dependence on vibrations to hear, vibrations from someone tapping on the glass of their living space is more annoying than any drumset.

Humans are probably super annoying and very loud even when we believe we are being as quiet as we can be. If you think about how they can hear the vibrations of a tiny mouse skittering across the floor, imagine what our stomping feet do to the Ball Python. Remember, it’s not the sound that matters, it’s the vibration.

Ball Pythons are not going to be super bothered by any loud music or voices. For starters, they are too docile to have much of a reaction anyway, but they also cannot hear some frequencies.

It all depends on how high or low the frequency is for the Ball Python to be irritated or have any kind of reaction. Because they sense vibrations, you would have to be trying really hard to annoy it. And, you probably won’t be trying to annoy your pet.

Some examples of some frequencies or vibrations they might sense would be: tapping on the glass of their little home, tromping on the ground, and maybe the rumbling of a train as it passes quickly by.

Anything that emits large vibrations is what your Ball Python will be sensitive to. No need to be too cautious, but if you’re worried, avoid loud, deep noises that may cause too much of a vibration.  You don’t need to worry about your Ball Python too much. He is in no danger of losing his hearing… probably because he didn’t really have it in the first place.

Can Ball Pythons Hear You When You Talk?

You might be worried about all that precious time you spent caressing and talking to your Python was spent in vain because he cannot hear sounds. Or, you might be happy because all the secrets you told him will remain unheard because of his low-frequency vibration hearing.

Well, If you are worried your Ball Python doesn’t know how much you love him, you don’t have to worry anymore. Ball Pythons can hear you talk. (sorry person with the many secrets).

Snakes are good at hearing low-frequency airborne sounds to ground vibrations that are about in the 50-1,000 Hz range. Their peak sensitivity hearing is about 200-300 Hz. Humans speak at about 85-180 Hz.

Your snake will probably respond better to your deep-voiced Uncle Albert rather than your high-voiced Aunt Jemima, but he can still hear you talk and that is something to be happy about.

Even though they lack the necessary tools to hear in the way that we humans do, nature has gifted them with other means to hear you talk.

Are Ball pythons aggressive? Ball Pythons are the number one pet people want to have because they are so docile. There’s not even a difference between a male Ball Python and a female Ball Python. (Unless of course the female is protecting her eggs, but that’s just motherly instinct.) If you want a non-violent and simplistic snake, this is the one for you.

Can a Ball Python see? Ball Pythons, again, do not have normal senses the way that we humans do. Their eyes are not good and their vision is extremely poor. they have other ways of “seeing.” Ball Pythons use heat sensing to detect what is in its surroundings. This is called ‘infrared heat sensing’. They don’t see , but they can sense a persons heat. To learn more about how a ball python “sees,” click this link that will take you to one of our articles.